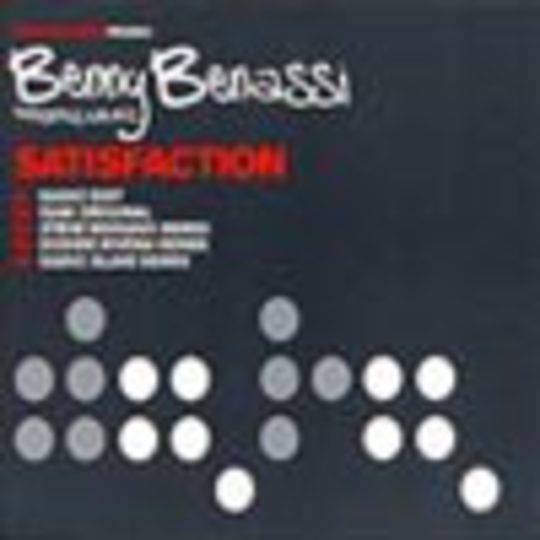 The first time I heard this, several months ago, was quite by accident when Judge Jules invaded my bedroom on a Friday night. Not being a regular to his Friday night Radio 1 show my first reaction was to flick the switch over to "CD" and listen to another of the demos sat in my review pile. But as I reached forward I thought I heard the Rolling Stones in the distance.

'I can't get no (da na nur nur) satisfaction', it was Mick alright. But what was this pulsing acid line going on underneath, complete with thudding four/four drums? A minute later Mick had gone, as had the guitar riff. In their place was the bastard offspring of Flat Beat and Stephen Hawking, 'HOLD ME. AND THEN JUST TOUCH ME. UNTIL I GET MY. SA-TIS-FAC-TION'. Once the groove had established itself the man robot voice was joined by a she-bot saying exactly the same thing. Okay, so the whole four minutes turned out to be about fifteen seconds looped over and over again but what a fifteen seconds! Here was something more darkly retro-future than Ladytron could ever dream of, combined with a melody so infectious it got stuck in your head faster than that horrendous exercise in mental torture performed by Fast Food Rockers!

So yes, Satisfaction is the second dance track to put in the "not shit" pile for all discerning Ibiza-lite clubbers in 2003 (the first being Tomcraft's Loneliness). You might hate it for it's simplicity and it's sub Detroit Grand Poobahs (Sandwiches) presentation but once you hear it in your car, in a club, or indeed, doing the washing up it'll be on non-stop repeat in your head for days. And unlike the 'Pizza Hut, a Pizza Hut, Kentucky Fried Chicken and a Pizza Hut...' soundtrack from hell you'll actually enjoy it.