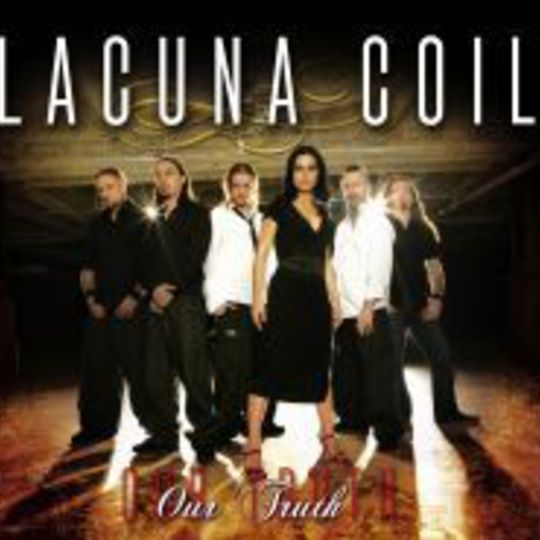 So then, this is it: Lacuna Coil’s chance to finally break through to the mainstream. The budget’s in place, the high-profile tour’s have been booked, some well-placed tongues have been wagging their rhetoric, and now it’s up to this first single to be lifted from their greatly anticipated new album to prove whether the ‘Coil have got what it takes to jostle alongside *Miss Clarkson *and *Girls Aloud *in an unfamiliar unit-oriented pop terrain.

If the question is whether this possesses that crucially important chorus with hooks sharp enough to win over even the most casual rock sympathiser, first impressions give a rather ambiguous answer. Edited to a radio-friendly three and a half minutes, it launches into the kind of coarse, staccato-grunting riffs that are an aural devil-horn salute to the metal legions, whilst simultaneously triggering somewhat distressing flashbacks of *Disturbed *to the rest of us.

If it wasn’t for delightfully-named frontlady Cristina Scabbia undercutting such sub-nu-metal plodding with her lusciously iconic tones, that might well have been where this review ended. They meander dreamily, never rising to decibel-bothering volumes, instead drifting over their metallic-goth backbone with a pristine, ice-cool allure.

But therein also lies its problem. The impression gleaned is that it’s _too _pristine, _too _polished, suggesting that someone somewhere clearly has hopes of LC becoming the next Evanescence, or something. Scabbia certainly has every chance of becoming metal’s leading lady, yet from the looks of her photogenic, catwalk-stealing curves you sense she’s perhaps deserved of something with a little more style and innovation than the angsty regressive stomp of _‘Our Truth’ _to get her on her way.