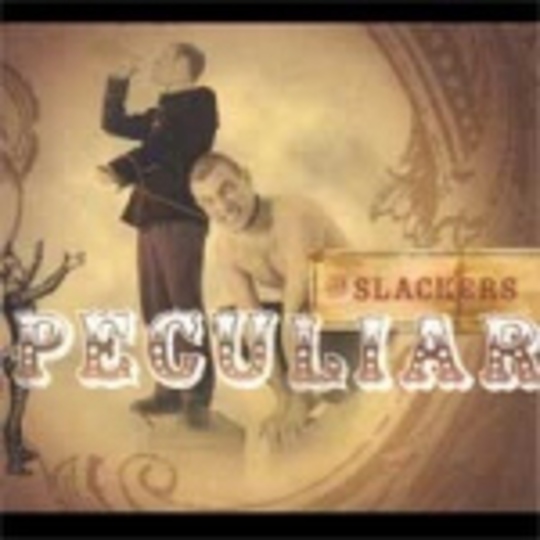 “If you think times are changing, it’s anywhere but here,” saunters Slackers vocalist / organist Vic Ruggiero in ’86 The Mayo’. But while that may be cause for criticism in the chameleon-like fickleness of our rock and pop climate, for *The Slackers *it can only be a very good thing.

See, these New Yorkers have been skilfully blending their roots-reggae fusion for the best part of 15 years, integrating cues learnt from sporadic jam sessions with The Upsetters *(The Wailers’ *original backing band) and *The Skatalites *whilst earning a reputation as one of the most engaging live bands in their field. They’re the musical equivalent of a 15 year old Glenfiddich, having distilled admirably with age and experience and _‘Peculiar’ _(tellingly released via *Tim Armstrong *and his *Hellcat *label) is a testament to their energy on the stage, the rhythm parts for this recording laid down during a live performance at reknowned Dutch ska club Ernesto’s, in Sittard, Holland, with vocal overdubs added later in the studio.

Perhaps seen as a brave move by some, to The Slackers and their legion of devoted fans it’s the most natural environment to capture their soulful dub-reggae vibe, bringing out life and character to a track like _‘Set The Girl Free’ _that a stuffy studio and the boredom-enducing rigmarole that accompanies it would otherwise discourage.

Active as ever it seems there’s no stopping these Slackers, and judging by the quality of this release they’ll be around for a lot longer yet.

The Blues Are Still Blue