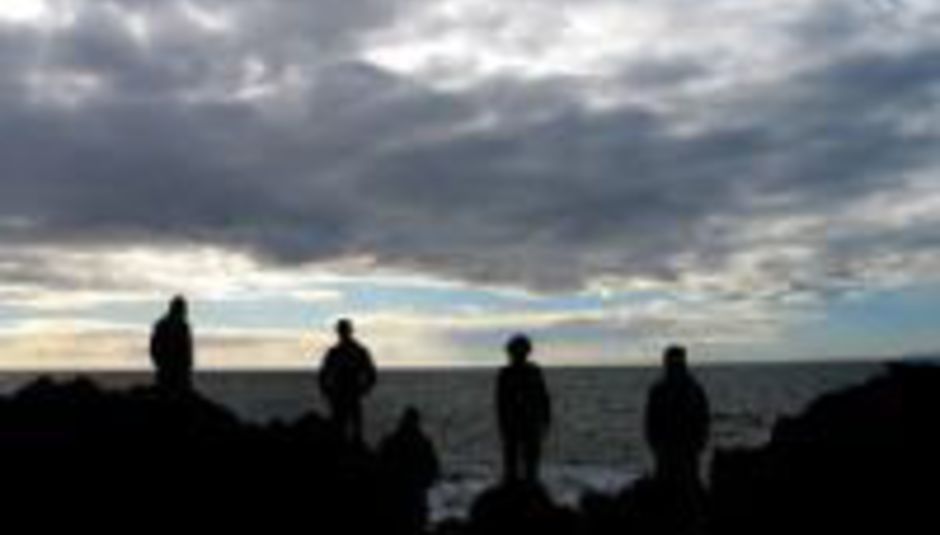 It wasn’t until early 2003 that these ears – previously unreceptive to anything heavier than At The Drive-In or, at a push, …Trail Of Dead’s explosive Madonna long-player – were opened, brutally, by the widescreen something-like-metal of Isis. The then Boston-based five-piece (they’ve since upped sticks to the sunshine of California) were performing at London’s Mean Fiddler; that I had to kiss serious posterior to gain guestlist entry should have set the alarm bells ringing: this was A Big Deal. It proved to be just that – look here for DiS’s review.

At the time I wasn’t part of this site’s make-up – I was down to cover the gig for the long-folded music magazine Logo – but the impression the show left on me was similar to that expressed in the DiS review. “Epic”, “staggering”, “onslaught”: these are just three words from a few hundred penned in absolute adoration. Isis had delivered, live, on the promise evident in their Oceanic album of a year earlier, their second long-player in all; it was already incredibly acclaimed, but in 2006 its classic status was assured.

On July 23 2006 – a hot, sticky Sunday – Isis performed Oceanic from beginning to end; from ‘The Beginning And The End’ to ‘Hymn’. They appeared as part of All Tomorrow’s Parties’ Don’t Look Back Season, alongside such almost universally respected acts as Tortoise, Low and John Martyn, and the sight of fully-grown, tattooed and bearded men almost crying in appreciation of the band’s gut-churning riffs and sublimely atmospheric segues is unlikely to ever be repeated. It was a proper I was there gig, the sort of show that, years from now, those same attendees will reminisce about to their son, himself on a voyage of musical discovery taking him into his father’s record collection (c’mon, we’ve all been there).

But let’s rewind, again:* Aaron Turner*, singer/guitarist/sleeve designer, spoke to me about the band’s first UK trip – the one that took in that Mean Fiddler show – back at the end of 2004 (interview ran in the Spring 2005 issue of Skyscraper) ...

“We were together for six years before we even came to Europe, so our name had a while to gather steam over there. The first time we hit Europe, the tour was actually much more successful than any tour we’d done in the United States at that point. It seems like a good thing that we’d waited so long to come over.”

During the wait endured by British fans, Isis – completed by Jeff Caxide (bass), Michael Gallagher (guitar), Cliff Meyer (keyboards, guitar) and Aaron Harris (drums) – managed to release Oceanic’s predecessor, Celestial, and a selection of EPs. Of these short-play releases, one was a split with Pig Destroyer, and another, The Red Sea, also featured the band’s initial four-track demo. The line-up varied until the release of Celestial in 2001, when the above personnel formed the unit we see and hear today.

Once Celestial had turned a few critical ears the way of the Bostonians, they set about expanding their sludge-metal blueprint. The result, Oceanic, looked “simultaneously inward and outward, reaching into the nether regions of outer space while still keeping its feet firmly earthbound,” said All Music Guide’s John Serba; the whole review was reprinted in the guide to the 2006 Don’t Look Back season. It concluded: “Oceanic_ is a masterfully complex symphony of majestic noise and melody, an all-consuming trip into the earth and mind that defies genre and, often, description – simply put, a triumph.”_

Turner, though, was far from satisfied – with complacency comes an artistic coma, and many a band has fallen foul of the effect an accolade-laden album can have on its makers. They stagnate in their successes to date, unable to further themselves. “There was no temptation at all to duplicate _Oceanic,”_ said Turner of the thinking behind the band’s third album, Panopticon, released in 2004 (DiS’s review is here). “That was exactly what we didn’t want to do, so we really didn’t know how people were going to react to _Panopticon. We were half expecting people to hate it, and for it to be less of a success than Oceanic, and I think the same will be true when we come to record and release the next record. If you’re a band like us, who try to push ourselves forward, your music will inevitably change.”_

The next change is almost upon us: discounting a DVD, Clearing The Eye, Isis’s next release will be their as-yet-untitled fourth long-play effort, recorded at the Los Angeles studio owned by one-time Stone Temple Pilots drummer Eric Kretz (recording was finished in July 2006). Again, Minus The Bear keyboardist and hardcore producer extraordinaire Matt Bayles (link) has been the band’s additional pair of ears during proceedings; he previously worked on Oceanic and Celestial. Rock Sound’s J Bennett visited the band during their recording sessions.

A return to the band’s predominantly metal roots wasn’t apparent when they played Birmingham’s Supersonic Festival (link) in the summer of 2006: the one new song played saw Turner sing, rather than scream (as is his traditional vocal approach), while the multi-layered sound evident throughout Panopticon was once again realised. In many ways a regression would be an ill-advised step, but with Isis nothing is ever as obvious as on-paper quotes may lead readers to believe. A simplifying of sound really isn’t on the cards: “This record has had the biggest fluctuation between excitement and despair,” Turner continued in Rock Sound, “(but) at times I’ve felt like it’s our best achievement ever.” Drummer Harris agreed: “This is my favourite record, as far as the writing process goes.”

What Turner, in particular, would not divulge was the new record’s key theme. In the past, Isis have explored a specific theme, or more than one, on each long-player: Oceanic, perhaps obviously, explored water as an instrument of death (suicide by drowning); Panopticon, meanwhile, focused on philosopher Jeremy Bentham's ‘panopticon’ prison design (Turner soon became frustrated by journalists’ repeated questions about Panopticon’s concept). These themes, which interlink from album to album, can be investigated further via Isis’s Wikipedia entry, here. When asked by Bennett about the concepts behind the fourth record’s theme/s, Turner responded:

“We’re at the point now where we’ve established the fact that we’re not going to be the same from record to record,” Turner told me in 2004, “and people shouldn’t expect us to be. I’m very happy that we’ve been able to establish ourselves as a band that’s constantly evolving and isn’t expected to repeat themselves. With every record we’ve done, we’ve pushed ourselves – while audience perception is always there, lurking in the back of your mind, we’re able to push it away and focus on the core elements of making the music and going about it the right way. For me, the music that means the most is music that’s been created purely for the purpose of creating – not to please anybody.”

When all is said and done, though, following the inevitable promotional cycle accompanying Isis’s fourth album, does anyone really expect the band’s fans not to be pleased? It’s Isis’s approach to the creative process – one that sees them jettison as many songs as they commit to tape – that sets them apart from many an alleged peer: whereas a flood of post-rockers feel it’s enough to repeat a few crisp notes before bludgeoning the entirely-expectant listener with a barrage of bass-drum blasts, Isis’s subtleties are every bit as dynamic, as interesting, as their titanic, triumphant roars. While it would be tempting fate to expect fireworks come the autumn, when album number four rolls out, it would be ridiculous behaviour on the aficionado’s part to fear a damp squib.

Take a deep breath and play the existing records; close your eyes and hear the future through the darkness. Salute Isis’s return as and when, and once again join me in having your ears widened.

Massive gratitude to Wikipedia for existing. Isis's website is here._