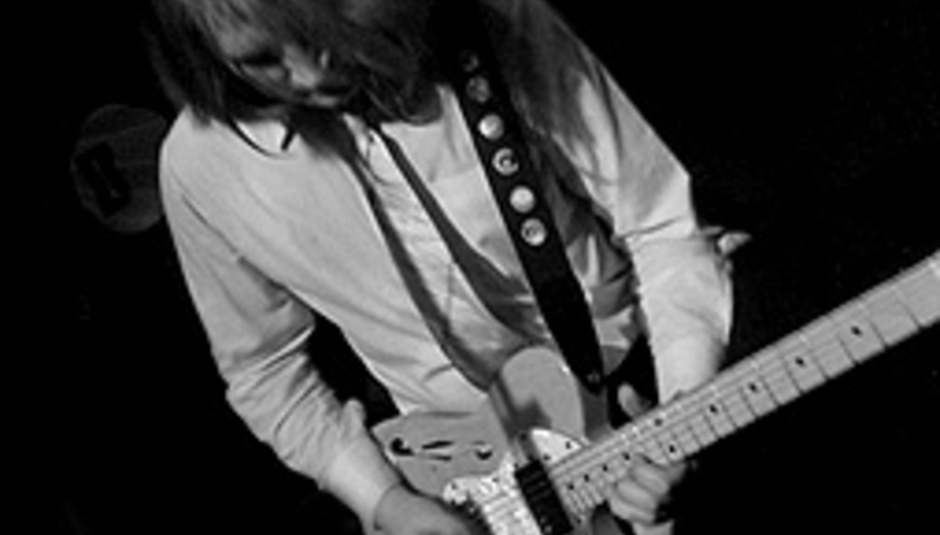 by Dom Gourlay May 31st, 2005
Summer's here kids, and that can only mean one thing - the start of the festival season. It's that time of year where Millets get their biggest sales boom as the warm weather crusties and ten minute travellers all come out to play, the remnants of daddy's handout in one hand and a detailed map of the M5 in t'other. Thankfully, not all festivals revolve around paying extortionate ticket prices and getting excessively muddy as a reward. Such as this one.

Although not strictly a "festival" in the eyes of the purist, the concept of Dot-To-Dot beats any preconceived ideas that wading through three feet of sheep faeces and people in silly hats who should know better is a good way to spend a weekend trying to catch some decent music this summer. Undoubtedly based on the ideology of the Camden Crawl and emanating from the hugely successful Tsunami event earlier this year, Dot-To-Dot involves three venues (The Rescue Rooms, the Social and Stealth) and 26 bands, plus a whole lot of deliberation over who to see when you realise several of the artists you really want to see clash with each other on opposite sides of the city.

So who's it going to be?
Ladytron or The Rakes?
Neils Children or The Departure?
The Cazals or White Rose Movement?
Komakino or The Research?
The list is endless, but fortunately there's always something going on so its nigh on impossible to miss that much worth bothering about.

So having been delayed by the non-arrival of the three o'clock tram, the possibility of seeing Seachange for the first time in almost two years goes out the window. Instead, its Lo-Ego at the Rescue Rooms who give me my first musical experience of the day. Despite the undaunted efforts of singer Martin Collins, their dramatic Muse-tinged rock sounds unusually subdued, possibly something to do with their mid-afternoon slot while most people are still basking in the sun outside. Next is a trip to the Social, where the last remnants of Felix's delicate sub-Bjorkisms lead into the unholy row that is Snow White, and what feels like a gale force wind is actually the sound of three men extracting as much feedback and sonic whiplash from their tools as possible. Frontman Olly Parker never lifts his head up during their set, all fringe and flailing arms, as the day's first real tinge of excitement comes to an all too brief end.

Meanwhile, back across town Jason And The Astronauts are whipping up a storm at Stealth, their Proclaimers-go-psychepunk bears witness to the first (mini) stage invasion of the day. Next up are the delightful White Rose Movement, a band whose ideas of sound could be set at any year from 1980 to the present day and vision probably errs somewhere between 1974 and 1979. Singer Finn Vine is half Russell Mael/half David Byrne while his band knock out danceable tunes in the style of a punk-rock Duran Duran, and before you know the first signs of potentially your favourite new band of 2005 begin to emerge.

Next is one of the big dilemmas of the day - Komakino @ The Rescue Rooms or The Research @ The Social? The Derby five piece win thanks to the flip of a coin, and there energetic transit-van-in-space rock reminds me of the first time I saw The Cooper Temple Clause in that almost every song starts off gradually before building into an epic barnstorming finale, while singer Ryan is surely destined to be a style icon for fashion conscious boys and pin-up for lovestruck girls. Decisions decisions, don't you just hate 'em? This time the heads side of the fifty pence piece tells me that New Rhodes and not Punish The Atom will be my next venture, and thankfully, the trek past chav central (The Thurland Arms to you and me) is worth every hastened footstep. In front of probably the smallest crowd I've witnessed today, New Rhodes are simply sublime, their west country take on Smiths-ian romanticism and desolation is a treat rarely witnessed in this part of the world, and 'I Wish I Was You' provides the day's first real singalong moment.

So with the day's events drawing to a close, it's back across town for the battle of the heavyweights, with the electro-funk delights of Radio 4 and Ladytron in Stealth, and the in-yer-face, shoutfest of Neils Children and The Rakes in the Rescue Rooms. Unsurprisingly, the latter get my vote and within two minutes of 'Stupid Band', Neils Children's John Linger has covered every inch of the stage like a musical Frank Lampard. 'Getting Evil In The Playground' and 'I Hate Models' provide novel excitement in that you can actually sing along to them and argue with the person next to you at the same time, and after the obligatory trashing of a few pieces of equipment a feeling of satisfaction is shared between both band and audience.

So what would be the most perfect way to round up the first festival of the year? Easy, finish it off with THE best live band in the country at the moment.

For those of you not yet converted, don't despair, there is time. As for the rest of us, The Rakes are like the most invigorating adrenalin rush personified, a 45 minute tidal wave of noise, confusion and drama. They tear through every song as though life depends on it, with every single and b-side given a run-out this evening plus the regular live staples inbetween. If (when?) they transcend their stage show onto disc, the world is theirs for the taking. A fitting end to a near-perfect day, despite Sheffield Wednesday's undeserved promotion...