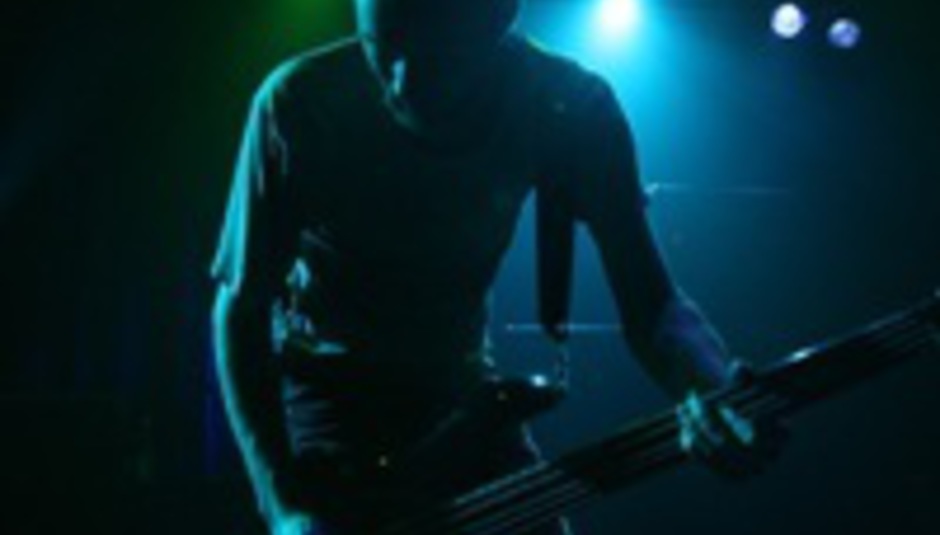 DiS at the Faroe Islands' AME: they like to mow their roofs, occasionally

DiS at the Faroe Islands' AME: they like to mow their roofs, occasionally

Pitched in the middle of the North Atlantic, roughly midway between Scotland, Norway and Iceland, the 18-island archipelago known collectively as The Faroe Islands is something of a geographical anomaly.

Reckon in a Viking heritage, sweeping fjords, a maritime climate that brings fresh air and fog in equal measure and a small, conservative population (48,000) that is thoroughly outnumbered by sheep and who like to mow their roofs occasionally and you have… well, a pretty idiosyncratic, if broodingly beautiful, country.

It’s not the kind of place you’d expect to find a simmering music scene. But then again, everyone thought Iceland was just cod and volcanoes before The Sugarcubes landed in Europe and the States and started drawing everyone’s attention to the mini-revolution going on back home.

Not that the Faroese scene is comparable to that of Iceland: the differences between the two countries are as marked their similarities. Whereas Iceland wrested independence from Denmark after WWII, the Faroes are still under Danish rule; where the Icelanders (the musicians in particular) tend to think of themselves as creative innovators, if not out-and-out sonic subversives, the Faroese tend to be quieter and more conservative. Thus, where Iceland breeds edgy genre-blenders at every turn, the Faroes seem to cultivate folk/world artists like Eivør (pictured, left; currently the country’s largest musical export, and deservedly so), humble troubadours such as Teitur (its second-biggest musical export) and only occasional subversives, although this last trend is allegedly on the rise.

Despite the relatively well-known acts mentioned above, and one or two others who have raised their head above the grassy parapet, the Faroese music scene couldn’t exactly be accused of hogging the international spotlight.

This weekend’s AME (Atlantic Music Event), organised by the Faroese Trade Council, The Nordic House in The Faroe Islands and the long-running local record company TUTL, exists in part to try to change that.

Built from the ashes of the long-running local Battle Of The Bands (Prix Føroyar), AME’s aim is to provide a window into the Faroese – and, to a point, the Nordic – musical communities. Earlier in the month a similar (and successful) event took place in Reykjavik, and further showcases are planned for Copenhagen and London.

This weekend’s event, in the impossibly cute Faroese capital Torhsavn, takes place in the city’s Nordic House. It’s a picturesque cultural building that comes with a concert hall, theatre, cinema, exhibition areas and a café - all topped off with an obligatory grass roof for that special Lord Of The Rings touch.

The opening night (Friday) begins with a mawkish set by songwriting Swede Jonas Molinder. The combination of sappy love songs, distinct lack of a crowd (it’s too early) and the venue’s ultra-professional sound and lighting set-up suddenly gives the impression we might be in for a jarringly formal night.

Never fear, though: local gang Marius create something approaching a real concert ambience – despite the dearth of people – with their earthy, melodic pop-rock. Frontman Hans Marius delivers his lyrics in heartfelt manner over a fairly infectious swirl, and though startlingly original it isn’t, the tight musicianship and emotive performance come off well. It’s not hard to see why they ended up playing the Global Battle Of The Bands World Final at London’s Astoria back in ‘05.

The evening quickly reverts back to an intimate acoustic vibe via Greenlandic guitarist Angu, whose honeyed voice lends his pensive songs plenty of introspective charisma.

Just in case anyone was thinking that the schizophrenic programming was purely accidental, filmic alt-rockers Gestir (pictured, main) step up next and strip away Angu’s acoustic soul-searching with a kaleidoscopic blur of murky, intense guitars and arching vocals. The visceral undercurrents of darkness and anguish are captivating. Consistency arrives towards the end of the night as local heroes 200 (pictured, right) throw out an inspiring set of jerky, terse pseudo-punk statements, followed by the more sprawling SIC, whose dreadlocked, pierced, anarchy-embracing singer single-handedly demolishes the idea that the Faroes are dominated by woolly-jumper-wearing troubadours.

Saturday night fares better all round, with a much larger audience and a steadier line up. Faroe Islands-born, Canada-raised Lena Andersen (whose comparisons to Dido, while optimistic, aren’t completely unfounded), woos the gathered crowds with simple, heart-warming songs, some of which are embellished by an unexpected chorus of schoolchildren. Iceland’s Ampop step in to deliver their own good-time vibes, upping the ante with erect, Beatles-esque backbeats, compelling indie-pop melodies and a procession of clever sonic tricks that make them a hard act to follow. Locals Déjà Vu (pictured, left) are up to the job, though; their modish, sparkling pop sound reveals international ambitions that may soon be reached, perhaps even more quickly if the vocalist and piano player kept his shirt on.

Accomplished as many of the weekend’s bands are, none can quite match Eivør. Dressed like a Viking dervish, she possesses striking beauty, a commanding stage presence borne of extensive touring, and a truly mesmerizing voice. Difficult to believe that she’s only 25 as she breezes through everything from pop, rock, jazz, acoustic songs and traditional ballads. Pop stars don’t come much more natural than this.

The night finally slides towards a party vibe with Denmark’s Die Dumme Daenen, who boast a hard, funky rock sound, a drummer tighter than Guantanamo Bay security and a small, bombastic frontman who adds formidable rap fuel to the raucous mix.

It’s a satisfyingly boisterous climax to a mixed bag of a weekend that easily achieved its goal of presenting Faroese and Nordic music to new audiences.

Sure the crowds could have been wilder, and the innovation button pressed harder and more often, but with a scene that in many respects is just at the beginning of its international career, the Faroese have plenty to be optimistic about.

"I don’t mind connecting with as many people as...