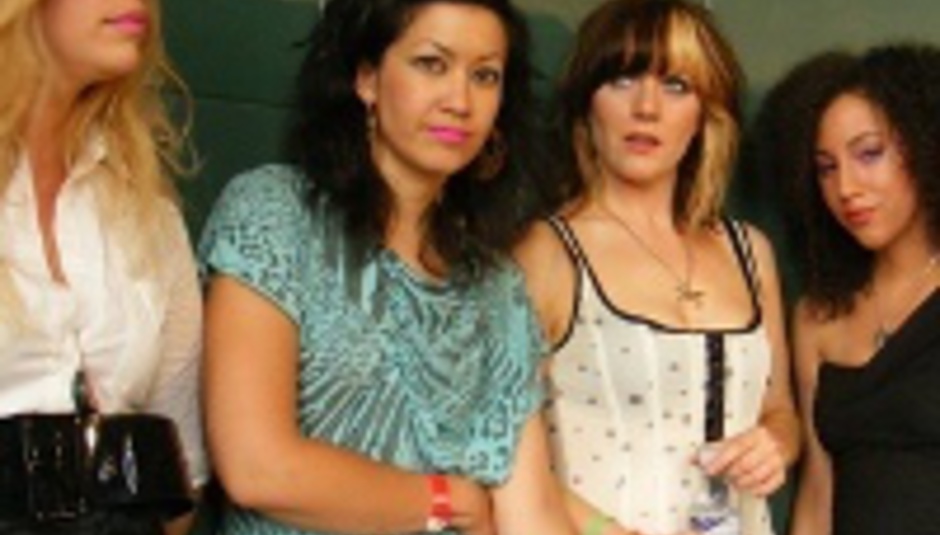 The Weekly DiScussion: a talent contest too far?

The Weekly DiScussion: a talent contest too far?

Every year a new batch, like evil puss-popping Gremlins bubbling in a public pool, are unleashed into the public’s eyes and ears: made-by-television pop-stars in their embryonic stages, could-bes dressed up as gonna-bes, and lads-mag pin-ups touting Cathy Dennis-penned numbers destined for chart dominance, are flaunted about like new must-have designer heels on the painted toes of some own-it-today, chuck-it-tomorrow Barbie Doll with a gaping hole where their grey matter should be by industry schemers and shakers keen on capitalising on any projected 15 minutes within the first ten. Takes breath: and, these plucked-from-Burger-King kids and last-ditch pub-singer single mothers, who tug at a nation’s heartstrings like puppy dog-eyed beggars on the streets of war-torn foreign climes on the nightly news, are pulled tight to a collective bosom like national heroes, like they’re the ghost of Bobby Moore popping up at the back post to nod a Shaun Wright-Phillips cross in two seconds before the final whistle to earn a 1-1 draw away in Liechtenstein. Fucking hell… Well NO MORE. Kinda.

mobileAct unsigned is on Channel 4’s T4 magazine every Sunday, after Hollyoaks has finished its seventeen-hour omnibus slog-a-thon. (Did the gas leak actually kill anyone in the end? I got bored of watching comatose actors acting comatose badly and made beans on toast.) It’s another talent show, but – get this – it focuses on REAL BANDS, not manufactured pop pap like that Will Gates fellow, or Gals Abroad With Their Footballer Hubbies. These bands have put all the hard work in already – one has even toured with The Harrisons, which must be like being ram-raided in the arse by the Devil’s own rolling pin on a bed of red-hot nails located at the eleventh level of anyone’s personal hell. Seriously, The Harrisons. Someone give the unsigned act in question, Beatles-influenced jangle-pop types Gilkicker, medals all round.

Rather that than the actual prize: a one-album record deal including a pair of singles – wow – and a potentially crippling £60,000 advance. Why has not one of the remaining bands – we’re down to either six or seven (the mobileAct unsigned website’s a little crap, stating seven on one page but listing six on another) from an original audition-level shortlist of 50 – clocked that this is Not Actually A Great Deal. “Here you are, boys and girls with no experience whatsoever of the recording process: 60 grand to spend on your first album.” Brilliant! Only, I guess jobs will need to be quit, and rent paid, and food purchased, and bills signed off, and tour managers acquired, and studio tea boys to pay before you get a penny. And there’s three or four, or five or six of you. And you’ll want to go out every once in a while, get your face in Victoria Newton’s double-page spread. Face it: you’re in serious debt here.

Which, if you are the next Coldplay / Oasis / Radiohead, is not a problem: Jo Whiley (best bit of t’other day’s show: the shots of her upset ‘cause the band she told hadn’t made it were upset… fucking hell Whiley, did you expect them to jump for joy, slap their thighs and herald the brand new dawn of their failure with a good ol’ sing-song about looking on the bright side of life? Up yours Whiley, up yours and your rubbish voice-overs for rubbish albums that no rubbish cretin save Tesco Metro shoppers actually wants to call their own) will fight your corner on daytime radio; that Simon Gavin fellow – from A&M, so it’s him you’re gonna have to pay that £60,000 back to one way or another – will ensure that your two singles are forced down the throats of people like, um, me, actually (as the Evil Genius and/or Shitweasel behind Bedingfield, D, he knows how to choke his victims into ballad-bombast submission); and Alex James, floppy-haired former bass player in a band whose best songs have dated terribly, will go make some cheese somewhere. I’d demand the opinion of Rowntree, me.

However, if you’re the next Northern Uproar, you’re fucked.

One band sure to get booted before the final few go on a ‘tour’ – dates around the country will see our short-short-shortlisted few play second or third fiddle to Kate Nash, some other band, and We’ll do anything, us, to remind people we did that Intel advertisement Mercury nominees New Young Pony Club – is the brilliant (comparatively) but hideously named (seriously) Hijack Oscar. Their husky blues had these toes a tap-tapping back on show number three, and they’re to be ‘mentored’ by Maximo Park’s Paul Smith in upcoming shows. Presumably they were pointed in Smith’s direction due to their predilection for wearing hats, as I am yet to witness one of the grizzly six-piece execute a convincingly muscle-pulling star jump. Shame, as they’re clearly the best band left in this competition.

Who will win it? Probably obnoxious up-themselves and self-congratulatory wannabe-maverick all-girl ‘punks’ The Mentalists (pictured). It’s set up, can’t you see: they’re through to the last six/seven by the skin of their teeth, nobody on the judging panel – sorry, that’s Whiley, James and Gavin in case a couple of paragraphs ago that wasn’t made clear – particularly liked ‘em when face-to-face, and I hate them and their “you’ve never heard anything like this” Garbage-cum-Blondie-recalling pop-rock toss. Its is drama! It is destiny! And they are getting extra advice from Bedingfield, N, about being girls in the music industry. While I am yet to understand why anything the baby-demanding freak touches turns to chart-raping gold, I live in hope that one day all the cats she imitates being run down by tractors so well will come calling at her door and claw the gobby wench to pieces.

Actually, I want them to win, these Mentalist girls. Of all the acts that have made it this far they’re the ones I’d most like to see break down mid-gig, suddenly horrified by the massive black hole they’ve slipped into as a result of winning a life’s worth of residence in the red. In with a bang at 38 goes single number one: it’s One True Voice all over again, and really not so dissimilar from Pop Idol et al when stripped to its basics. Acts play. Judges judge. Public votes. World keeps turning. We all get into a steam over something really quite easy to ignore.

Except in this case we are dealing with REAL BANDS, and it’s unlikely the winners will be releasing Cliff-beating Christmas singles and stinking up breakfast television with day-of-release promo jaunts around GM:TV and The Big Breakfast. What? Got axed years ago? Chris Evans married Billie “why you wanna play that song so loud” Piper? But she’s getting her bits out on ITV2 these days! Amazing…

DiScuss: While there’s no doubt that shows like mobileAct unsigned make for decent hangover viewing on a Sunday, just how many bands do you suppose benefit from the exposure? Bad Sandwich were certainly brought to my attention through the show; granted, they’re the worst band in the history of amplified music, but still, name known. Are The Bad Robots and The Ginger Bread Men gonna be okay regardless of if they’re pipped to the post by four gobby girls with delusions of grandeur? Oh, to see them fail…

BASICALLY: why hasn’t this reality TV talent contest bubble popped yet, and why are so many ‘proper’ bands suckered into losing any established credibility for a few seconds with Alex Zane? I mean, he’s a good looking man, but…

Check out the mobileAct unsigned website here for more on the televsion show and links/songs for all participating bands.