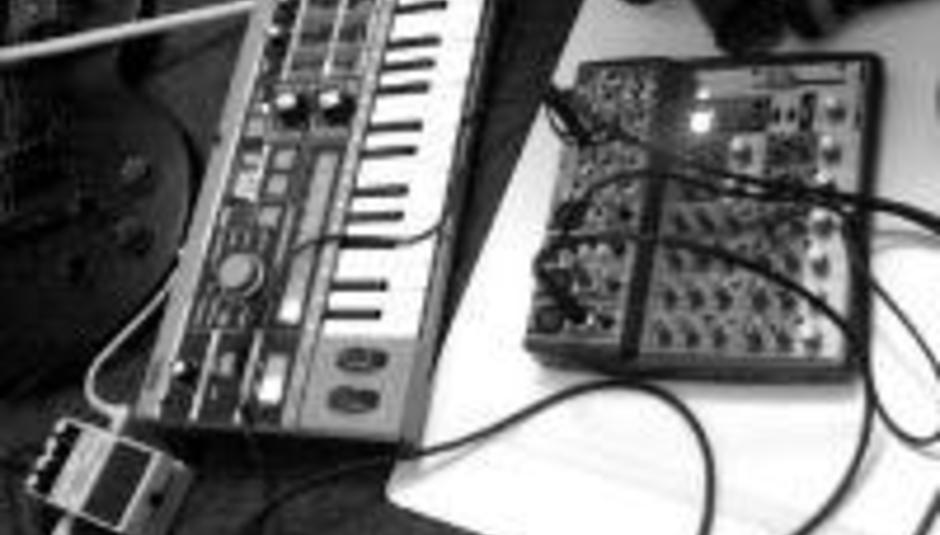 Deemed the first Noise artist, Futurist painter Luigi Russolo’s 1913 manifesto L’Arte de Rumori (The Art of Noises) argues that the industrial revolution provided modern man with a greater competence to appreciate more complex sounds. Finding traditional conventions too restrictive, Russolo regarded noise music as music of the future. Despite the ever-progressive state of technological modernity, the palette of the music industry has remained a bland one, consistently marginalising the explorations of noise circles, consistently associating it with the other, the unknown, and in other words: the unmarketable, the ignored. When pop’s riddling of ever-changing lingo and sugar-high and short-lived trends make it weak and disposable, how come the arduous and limitless possibilities of noise have failed to take the market by storm?

Although modernity has transformed society into masses of multi-taskers – as radio, television, the internet, and mp3 players have made it possible for us to listen to music while completing some other meaningless task, pop music strangely maintains the standard, three-minute jingle model. As Russolo suggested, yes, perhaps technological progression has deemed society with a more supple understanding of complex sounds, but not by themselves. It seems that consumers cannot handle noise unless it has a hook, lyrics you can sing on the way home, or is somehow attached to selling debt solutions, mobile phones, or cars. Has modernity crippled us from appreciating noise?

The construction of Oxford’s Traktors ensued during numberless conversations about ‘doom bands.’ Before they knew it, a friend had booked ‘em a gig before they had even played with each other. “We had to stop talking and start working out what to do! We didn’t have time to fuck around.” There are almost no words to describe what happened on April 1, 2007, the night Traktors unleashed their sonic shockwave – it’s incredibly demanding in which it literally demands that you pay attention, and because it is so incredibly loud, it’s physically impossible to do anything else. It’s astonishing that this noise is coming from such a small group of people. It’s the sound of plate tectonics shifting, the creation of geographical terrain, earth-shattering ear-bleeding noise that once it’s begun is impossible to escape.

In terms of motivation, Traktors insist that “we’re probably more inspired by listening to other people than wanting to rail against some shitty band we don’t like. It’s fairly apparent that we don’t listen to the Artic Monkeys or whoever.” About the Oxford ‘scene’ Traktors vow, “There’s definitely something going on, it seems that all of a sudden people are starting to experiment with sound. We have the most fun playing. It almost feels mischievous to play so loud, even in practise, like your music teacher from school will come in any minute and tell you to ‘stop that racket!’.”

Although Russolo insisted that it was the industrial revolution that led to this musical headway, it seems that noise connects to an especially un-technological place, and to a more primitive, natural state. Experiencing live noise is often foreign at first, probably because most ‘bands’ deliver ‘songs’, and when it comes to noise, it seems less about separate ‘songs’ and more about a singular vision or (less often) a string of isolated ideas. Oxford’s Elapse-O tap into a world before language. Elapse-O live is like a time-warp back to your childhood, back when you were attempting to make sense of all the sonic clutter around you, except that there is nothing immature about this band. It’s exhilarating – big bright lights exciting. Barely six months old, they mix feedback and drum loops of a “mesmeric, repetitive quality” against cautiously combined guitars and vocals that play with a sense of belated release. More recently, the once-trio-turned-duo has “been working on being more concise and direct in our songs, using warmer melodies. We’re also trying to use our instruments in a more simple way but to greater effect. Things are evolving quickly, which is something we want to make a theme of with this band throughout its lifespan”. They reflect positively on the scene with, “the UK noise / DIY / underground is really healthy and I see a lot of people working hard to forge their own identities and creating something distinct in their bands. This is a big inspiration for me as I also want to offer something up to audiences that is just as engaging and distinct---something that can stand on its own two feet”. Most surrounding bands “share some underlying philosophies and then go off in their own directions. In that respect, what’s going on in Oxford at the moment arguably mirrors the UK scene as a whole, as there’s a myriad of different stuff going on that’s being classified under the banner of noise. The city has a couple of venues that book without questions, and with the likes of Vacuous Pop and Oxfordbands/Audioscope leading the way a few years back, the city seems to have developed a small but healthy DIY / Underground / Experimental culture in which people do take interest”.

It’s funny that those who work with large-space sonic experiments (Traktors and Elapse-O), tend to have loads to say about their art, and those who work with significantly smaller-space sonic experiments have much less to say. With such an unobtrusive approach to musical performance, one would assume that it’s an inevitable reaction to the clutter of mass media and pop culture. It’s simply not an ode to artists they enjoy most or a rebellion against music they loathe, but for Oxford-based Patel Pretel, they claim they are just “making music that they want to hear”. With improvised vocals, various tape layers and computer combinations, they construct round, tepid drones that are easy on the ear, muted and thermal, comfortable and velutinous, like a transport back into the womb.

As much as they promote shows with local fellow experimentalists Divine Coils, they feel they have completely different intentions. For those who have experienced Divine Coils, they will understand that it’s a completely incomparable affair. After a serendipitous meeting in a local club toilet a couple of years ago, double act Divine Coils began manipulating sounds with what appears as instruments of old, found objects, and homemade devices. Demanding complete attention of the audience, the results are mystifying, musical scratches and intermittent whirrs, sounding like distant cries trapped in-between dimensions. Despite the pretentious cloud that outsiders tend to attach to such forms, for Divine Coils, it’s incredibly simple. The creative process depends on “finding things, mak[ing] them work” and they basically “succeed/fail”.

Oxford-based solo minimalist Euhedral relates to Patel Pretal and Divine Coils in that his musical experiments developed out of “quiet, noised-based ideas, playing with layers of sound and manipulating them with effects”. His musical offerings have evolved from “quite improvised at first, but now [it’s] more of a structured form to which I am very pleased with”. The result is cyclic creations of brittle blares, sounding like an electronic interpretation of a distant construction-site, light years away. For him, motivation to perform comes from a much more personal place. “It’s more about personal achievement and encouragement from my friends, and I feel that I am making music that I really enjoy playing”.

For another solo experimentalist, Joey Chainsaw, the creative process can tend to get pretty chaotic. “When I record, I generally get drunk and sit down with my four-track and fairy lights”. Endorsing complete submission to the process, he’s constantly attempting to free the visions of “music that I’ve always heard in my head”. In result, Joey Chainsaw’s work can appear equally chaotic, as often recordings seem to bloom into streaks of sonic terror, like distorted ambulance and police alarms. It’s completely different for Hana Sumai, which is all about attention to detail and repetitive endurance. Guitar tunings, a laptop, and a “homemade microphone” make for a completely stunning cinematic experience, sounding lush and romantic. The music becomes incredibly lush with visual, naturalist imagery as it gently paints portraits of tranquillity: like the sparkling ripples in an isolated body of water, untouched by civilization for miles and miles. Divine Coils
- - -
Unlike the solo experimentalists who primarily work with electronics, Worcester’s Theo works primarily with guitar loops and multi-faceted drum parts. Performing live is nothing less than intense physical labour as his sound is “heavily influenced by prog-rock and math-rock style riffs”. Typically, songwriting involves “open-ended guitar riffs and expanded drum parts, which act as the melody [because it] offers the most amount of change in texture and meter”. Theo incredibly becomes the one-man prog-rock band. What most five-man rock line-ups attempt to fulfil, Theo achieves alone.

Most experimentalists deny any recognizable “noise scene” development in the southeast and most refuse to be referred to as a “noise band” for that matter; but most agree that their motivation stems from a collective of creative types and like-minded promoters who believe in them and have a passion to put on great gigs. Based in Oxford, Tricia Slimming of Permanent Vacation doesn’t necessarily look for “experimental” groups when organizing events, but insists “that there are many acts in Oxford making beautiful noise music” and is interested in bursting the “university bubble” that’s often found suffocating artistic diversity in the area. Fellow promoters Poor Girl Noise agree that “Oxford has a growing wealth of bands”, and is excited to see the development of this niche.

But I mean, who cares about the music? You only go to gigs to see and be seen, am I right?

Sometimes noise is about coming to terms with your nearby surroundings and lifting the naturally appearing ready-made sonic delights from their everyday origins and placing them in a non-everyday setting such as a stage in front of an awaiting audience. Noise musicians become less of a conventional musician and more of a performance artist, as more often than not, noise experimentalists deliver sounds that can’t be written down, and the show becomes about so much more. What’s exciting is that more and more southeast acts are offering this art form and providing a refreshing alternative to the run-of-the-mill apathy of the see/be seen gig simply for the instrumental and sonic diversity – an open-ended variety that entails a freedom for audiences to connect the musical experience to anything. It’s not about one-dimensional songs that are restricted by their superficial, short-self-life meanings; it’s about captivating ideas. It’s not about being seen, it’s about experiencing a pioneering art form. Go out and experience! Now that’s an order, soldier.

Check out the featured artists at their MySpace pages for gig updates and recordings: