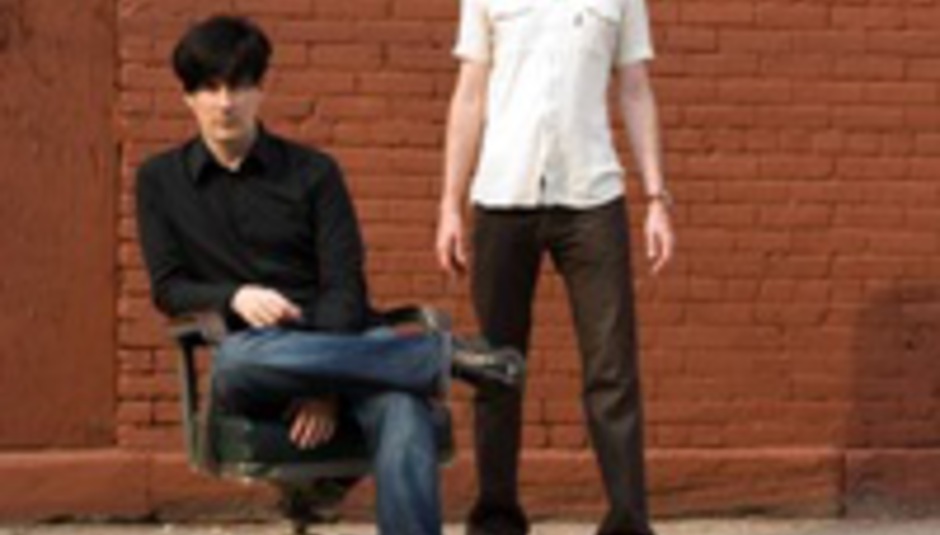 Playing for Pride: John Darnielle speaks out on The Mountain Goats' new record

Playing for Pride: John Darnielle speaks out on The Mountain Goats' new record

"I know people struggle with writer’s block but it seems like a self-fulfilling prophecy to me. You ever hear of bricklayer’s block?" So says John Darnielle, in a tone which all but screams for me to add the rejoinder, ‘with a dismissive wave of his hand’.

I’ll spare you the dramatic flourish, but you wouldn’t normally expect the courtesy, and that’s kind of the point: all writing is artifice, and writer’s block a luxury afforded by those harbouring romantic delusions about what is, at bottom, a trade.

That’s not to say Darnielle crafts his lyrics for cult indie faves The Mountain Goats on a lathe, but damn, if they aren’t beautifully turned.

"I go through periods where I don’t like the stuff I’m writing. I had two false starts on the last two albums where I had ten or fifteen songs which I didn’t like, so…"

You rejected the lot?

"Destroyed them, yeah. I do know you go through times where your writing isn’t quite that good," he continues, in half-assed mitigation. "But I think if you’re a writer then you take those songs that maybe weren’t so good and you hammer them into shape.

"It’s work, I don’t believe in the romantic notion of the guy who gets inspiration from out of the air… you can find that if you’re not sitting around waiting for it, you read books or do whatever it is that results in you having some images to play with."

Hardly surprising sentiments, you might think, from a man whose career to date has been an object lesson in prolificacy. Talking engagingly across a range of subjects with gratefully-acknowledged enthusiasm, he’s a considerate interviewee, pinstriped attire more in line with a grilling of the employment variety than the music-based kind.

"I think the guy who’s gonna sit across the table from you and say it’s all just spilling out from his heart is a lying sack," he laughs, suddenly animated. "I’m like, no it’s not, you know what it sounds like when feelings come out of a person? It doesn’t sound like rhyming couplets, rhyming couplets are a way of forcing order onto something that’s essentially chaotic.

"Writing’s a craft. It’s like acting because you’re striking a bargain with people to say, ‘Okay, I’m gonna present you with this thing and try and be so believable that you think it’s true, and we’ll just agree it’s true but for the time being it’s just a dance’.

"I mean, nobody ever asks A Taste Of Honey, ‘Are you really gonna 'Boogie Oogie Oogie' ‘til you can’t boogie no more?’ (laughs) But it’s the same thing, when you write dance stuff I don’t think you’re up on the floor and then running to your sequencer going, ‘This sounds pretty good’. You’re doing something from a craft-like standpoint but imagining yourself from the situation of the listener and trying to write with that bargain in mind."

For all his peppered references to music as work, it’s difficult to shake the impression that most of the time it must come very easily indeed for Darnielle as a lyricist. How else to explain his carefully-weighted words in the context of such proficiency? Does Darnielle try and confine himself to working inside office hours?

"No, I have tried because I’m a long-standing Nick Cave fan and I know he does that… I really have a respect for and a jealousy of that, even though I’ve heard him say that if he doesn’t do it he probably wouldn’t work at all.

"But I’m not like that – I’ll work once I have the thing going. Once I’m in that frame of mind I’ll work any place - in a hotel room, in the back of a car or whatever. It’s like I’m carrying the office around with me."

The new Mountain Goats long player, Heretic Pride, is as much a departure from 2006’s Get Lonely as that record’s upper-register heartbreak was from the strident personal revelations of The Sunset Tree. It’s a record preoccupied with people’s neuroses and how they make virtues of them, as thematically cohesive as it is lyrically diverse, cataloguing all manner of dysfunction from emotional masochism to persecution complexes, cult worship and xenophobia.

The title song’s a case in point and metaphor for the album as a whole, a sharply-drawn fantasy in which the narrator describes vividly the scene of his lynching for some undisclosed crime. Is that pride in persecution something Darnielle has felt personally or is the story told purely from an imagined perspective?

"I think that song was born mainly from fatigue. I got back from this Scandinavian tour that was pretty exhausting, and I was supposed to have a break. I never do take rests when I’m supposed to so I started fucking around and ad-libbed a line like I usually do when I feel like I’m on a nice chord or something.

"I dug up my notebook for a title and saw ‘Heretic Pride’, then after that I thought I must have stolen that from some place and I did. I’d found it in a lyric from a black metal band from Norway called Aura Noir.

"The title kind of suggested the whole story, so all I did was play out what I did with that phrase. My standing theme is how people find value in their lousy situations, people finding something to be pleased with in a situation that will surely result in their doom (laughs)."

There’s ambiguity, too, as to whether we’re supposed to admire these traits as coping strategies or simply observe them dispassionately, although in conversation Darnielle’s own take is unequivocal:

"Well I’m Roman Catholic so I think I’m kind of duty-bound to think that way about people who agree to embrace their own guilt.

"With Heretic Pride I’m really indulging a lot of very long-standing old interests of mine. Monsters, the death of saints, stuff I was into when I was a kid, you know like, ‘Oh my god this guy feels so bad he’s gonna burst into flames, yeah’."

One such song is 'New Zion', which taps into Darnielle’s childhood fascination with the cult scares of seventies America. Unacquainted with the subject except in passing, I ask him what prompted that whole phenomenon.

"Well the Manson killings were the touchstone of the cult scare although even before that, well, you had Swami Prabhupada, a leader of the Hare Krishnas, who came from India to the US in 1965, and he hit a vein of very austere spiritual seeking in New York City.

"And then because there was that sort of environment of spiritual openness there were a bunch of other leaders - some better than others - popping up everywhere, and by the early seventies American society is trying to cope with the presence of this very un-American rejection of materialism.

"Now you know often the cult leaders would turn out to be themselves quite materialistic, not so with Swami who led a blameless life. But you’d see these news stories about cults and it really did sound like it was magic, you know, well-meaning young people stopping by the meeting and next thing you know their eyes have glazed over and they’re embracing concepts they hadn’t even heard of the day before.

"I mean it’s all baloney, the notion that their brains have been washed has been debunked a million times. Nobody’s brainwashed without giving consent. But the story that it was like that, to a kid it’s amazing, it’s like you’re afraid to go talk to people because what if they go get you…"

Another song on the record, ‘Lovecraft In Brooklyn’, picks up the neurotic thread in its allusions to cult sci-fi novelist HP Lovecraft, whose move to the cultural melting pot of early-Twentieth Century New York foregrounded his racism and intense feelings of revulsion for people as a whole. Darnielle speaks with deliberate eloquence on his decision to dwell on such ugly subject matter:

"There’s this French writer Houellebecq who was a big deal a while back, partly because he also says dubious racial things, but he wrote a book about Lovecraft where he presents the case that Lovecraft is a racist but he’s a misanthropist first. That argument holds up pretty well because physicality on the whole seems to be a pretty hard thing for him to deal with.

"Lovecraft grew up in Western Massachusetts and had probably only ever heard of people who were non-white and not rich, and then he found love with this woman and went to live in New York which at the time was the ultimate American melting pot. It really is the ideal of the American experience in some ways, that you have all these immigrant communities retaining their character but at the same time building this new national or civic identity.

"Lovecraft was not into that, he was based on a very old English model of how society works where you have these pockets that don’t interact with each other. He was utterly mortified, and I like to imagine this guy walking down the street and being confronted with all this stuff…"

It seems strange that he would hang around there…

"Well, he didn’t for long! But we focus on that because of who we are politically now, that does seem to us rightly one of things we’d call evil, that horror of the other, but he was as mortified by the rich society balls that his wife was dragging him to, being around people just freaked him out.

"So I had this narrator who is probably just as abhorrent in the song. There’s this understanding that you have when you listen to a song that you’re going to somehow relate to the singer, but I’m not sure the narrator here is really a guy you’d want to be relating to too hard."

To return to another myth about the singer-songwriter: most people will be familiar with the logic that casts the troubadour as the figurative man without a face, so accustomed to wearing masks he becomes out-of-step with his own humanity. It’s an attractive image which many less talented writers must have tried to replicate, but which Darnielle, too enamoured of his craft to play the dewy-eyed mystic, shuns with unpretentious flair.

The pen may be mightier than the sword, but Darnielle continues to wield his like a hammer.

Heretic Pride is released via 4AD on February 18; check the group’s MySpace here and official website here. The Mountain Goats tour the US from February 19 ‘til March 22.