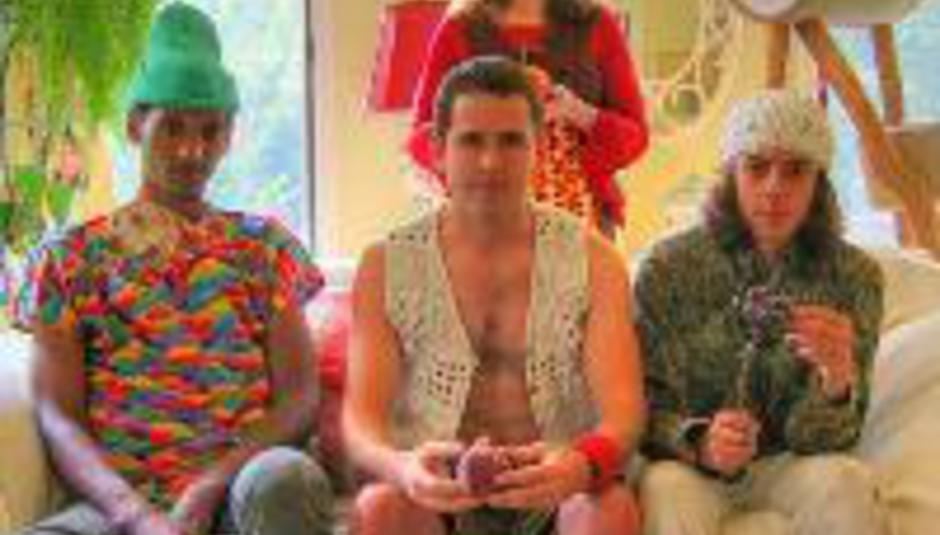 The Apes do DC: freak-popsters' guide to their hometown

The Apes do DC: freak-popsters' guide to their hometown

by Erick Jackson January 30th, 2008
Erick Jackson is a founding member of Washington, DC’s weirdo-pop freaksters The Apes, and a fine gentleman in my experience – twice he’s stopped at my place while in London on tour, albeit not in quite a few years – I left the fabled (amongst four people) Hendon House Of Rock in 2003. Ahead of the release of his band’s new LP, Ghost Games, DiS invited Erick to pick out ten hot-spots in his hometown, ten must-visit hang-outs, for any DiS readers heading his way to check out.

The Apes, for those at the back, formed in 1999 and have released albums via Frenchkiss and Birdman; they also featured on a special split CD with The Mars Volta and Les Savy Fav back in 2002. Alongside bassist Erick is Breck (vocals), Jeff (drums) and Amanda (keys). They rule, is the sole basic you need remember.

Ahhhhh, DC, my lovely home town… I like to call it the ‘Paris of America’. This city used to be famous for its amazing underground music scene and high murder rate. My oh my, how times have changed! Now you can safely walk the streets with a miniature dog, listening to the newest tunes on your iPod without much fear of being stabbed with a screwdriver. But hey - enough of my ‘good old days’ talk. Let me map out a ten-point stop-off plan to use while visiting Washington DC.

Amazonia / Gibbon Ridge (The National Zoo)
(3001 Connecticut Ave, NW 20008)
First of all, the great thing about DC is that all of the museums including the zoo are FREE! So even if you hate sad animals you’ll love the price.
Amazonia is an indoor re-creation of the Amazon rainforest. There are monkeys loose and jumping around, piranhas, and giant cat fish which will blow your mind.
Next stop, ‘Gibbon Ridge’ – this is a giant outdoor cage containing creepy long-armed shrieking monkeys. Early in the morning you can hear them for miles.
Link: Monkeys

Rock Creek Park
Walk out at the South end of the zoo and boom, you are inside a park more than twice the size of Central Park. (Screw you, NYC!) Walk around the paths, make out, go hiking into the woods; don’t worry, you’ll get lost. Check out this classic song in homage:
Link: The Blackbyrds’ ‘Rock Creek Park’

United States Holocaust Memorial Museum
(100 Raoul Wallenberg Place, SW 20024)
Feeling too peppy after the zoo? Then why not go to one of the heaviest / most powerful exhibits ever! You’ll need at least two hours to take it all in. I would describe it as a rollercoaster ride into evil. Not for the suicidal. This exhibit gets so much traffic that tickets are handed out. (Note: do not go stoned or on acid.)

Ben’s Chili Bowl
(1213 U Street, N.W. 20009)
Ben’s is the closest thing DC has to a restaurant landmark. Try the half smoke; don’t like meat, try the veggie chili. This is classic greasy fast food. Bill Cosby is always stopping by; he is such a fan he gave out half smokes on the Oprah show! Just check out this video:
Link: Ben’s Chili Bowl

Dukem Ethiopian Restaurant
(1114 U St, NW 20009)
Very close to Ben’s Chili Bowl is Little Ethiopia. Here they have some of the best Ethiopian food you will find in the country. There are dozens of different establishments, but my favourite is Dukem. If you are a vegetarian you’ll walk out happy. If you’ve never had Ethiopian food, do your self a favour and eat away!
Link: Ethiopian food

The Exorcist steps
(3607 M St, NW 2007)
You’ve seen the movie… this is the spot Father Karras goes tumbling down. Even if you’ve never seen the movie the steps are impressive on their own.
Link: Stairs

Black Cat
(1811 14th St, NW 20009)
The place to see national and local bands. Owned by Dante (former member of DC’s Iron Cross, Ignition, and Grey Matter), this club holds about 700 upstairs, 200 downstairs. They also serve vegetarian food, and have great bartenders. It is hard to walk out of Black Cat sober.

9:30 Club
(815 V Street, NW)
One of the nicest places to perform or see a show in the whole country. This club has amazing sound, balconies, the whole shebang. 9:30 mostly features larger, big-name acts.

Mount Pleasant
(up 16th Street, NW 20010)
This is where Apes live, as well as a bunch of other bands. At one time the whole neighbourhood was filled with musicians and artists. Nevertheless, it is a nice place to walk around. It is right next to the zoo.
Link: Capitol of Punk

Civilian Art Projects
(406 7th Street, 3rd floor)
If you want to check out some great art come on down to Chinatown and check out Civilian. There is always something going on including music, readings, and dance parties. They are a big supporter of local arts, plus I show my work there.
Link: Civilian

Thanks Erick. If you’re a musician we’re enjoying the work of and you’ve a town you’re keen to show off, hell, get in touch. I’m here all day. Every day. I think I’m developing a severe vitamin D deficiency.

Ghost Games is released on March 3 via Gypsy Eyes (February 19 in the US); check out The Apes online at their own website here or on MySpace, here. Brits heading over to SXSW this year, be sure to catch the quartet there. Many other live dates available on MySpace.