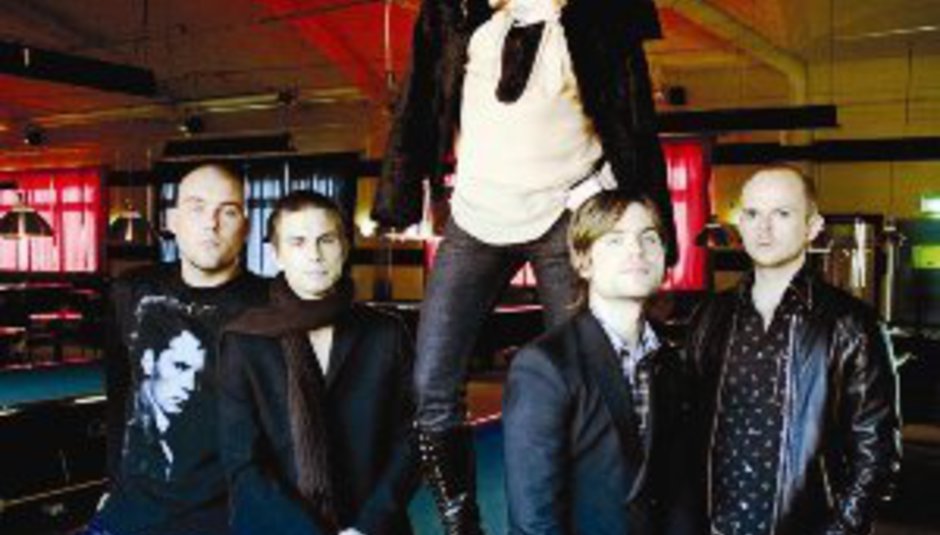 In Persson: The Cardigans on Best Of business

In Persson: The Cardigans on Best Of business

The Cardigans, one of Sweden’s most successful pop exports of recent years, formed in Jönköping in 1992. Two albums attracted limited international attention – debut effort Emmerdale (1994) and follow-up Life (1995) – before their third, First Band On The Moon, spawned the worldwide hit ‘Lovefool’ and the five-piece became bona-fide stars.

Aided by the success of the motion picture William Shakespeare’s Romeo + Juliette, in which it featured prominently, ‘Lovefool’ reached number two in the UK singles chart in 1996. Clips of the movie made their way into a re-worked version of the song’s promo video, and before the band could blink they were MTV darlings. Even on such a sugar-rush of a standalone, though, the band’s more metal tendencies were being explored – the single featured a cover of Black Sabbath’s ‘Iron Man’ on the flip-side.

Album four, Gran Turismo (1998), is where many a DiS reader will have come in: a bolder affair embracing sinister rock elements, the album peaked at number eight on the UK albums chart (making it their most successful LP on these shores) and its lead single ‘My Favourite Game’ breached the domestic top 20. Its Jonas Åkerlund-directed video, featuring numerous car crashes, was censored for domestic television broadcast, with one of its four endings considered far too juicy for mainstream viewing – lead singer Nina Persson pictured decapitated at the end of her reckless bout of road rage. Concerned that the video would encourage joyriding on Britain’s streets, MTV UK removed nearly all the car-crash scenes.

Gran Turismo spawned further singles: ‘Erase/Rewind’ peaked at seven in the UK, and its follow-up ‘Hanging Around’ made it three top-20 singles from three for the Swedes. But the band’s (completed by Lars-Olof Johansson, Peter Svensson, Bengt Lagerberg and Magnus Sveningsson) next two LPs – Long Gone Before Daylight (2003) and Super Extra Gravity (2005) – released following a period of hiatus during which Persson released her first solo A Camp album (2001), failed to reach the UK top 40 and the band’s commercial visibility waned despite continuing success in their native Sweden. All of which brings us to the present and the new Best Of album: 22 tracks documenting The Cardigans’ rise and… well, let’s not say ‘fall’. Stumbling seems fairer.

DiS chatted to Persson about the new collection. Hello Nina. Where do we find you today?
I’m at home… I live in New York.

Oh right. It’s not too early for you I hope?
It’s not a weird time – it’s quarter to nine here right now. It’s not that bad. Today I’m going to go to our space to write string arrangements for some of our songs – we’re making a new A Camp record.

Sounds good. But to the Best Of… it doesn’t seem that the band is going out of its way to work the record?
That’s right, the promotion is minimal for us. We’ve chosen to be quite… well, we took part in the making of it – picking the songs and writing the liner notes – but we’re not really promoting it. I’m just doing a couple of interviews for it, for the hell of it, and because I’m so fucking nice and I love my record company. (Laughs)

Why release a best-of collection now? Was it primarily a label decision?
I think it’s a label decision, yes. They actually wanted to release a best-of before our two most recent albums, but we protested against that because we felt we had a lot more original music to release. So they kindly waited, but this time we agreed it was the right time, as we’re not in the mood to put out a new record now. Releasing a best-of buys you time, and these days it’ll always happen sooner or later.

Certainly will, and it’s to your credit you had a say in what made the cut. Are we to assume that the best-of marks another hiatus for the band, especially since you’re working on the second A Camp LP?
Yes, but this time we knew in advance that the gap was coming. Before Gran Turismo we didn’t – three years had passed without us really realising where the time went. But this time it’s a very conscious decision. There are a lot of babies in the band, too, and they needed their dads.

No doubt – touring can be a terrible drain if you’re away from family. Do you expect to play live to support the Best Of at all?
I don’t think there will be anything at all, to be honest. Even if a great offer came in from a festival, we’d have to rehearse for months! We’ve kind of decided that we won’t do that, actually. We’ve had offers of greatest hits tours – from Japan for example – but we think we’d go crazy! The reason you move on to create new music is because the old stuff doesn’t excite you anymore, so we’re going to save our asses until we’ve new material to excite us. Touring takes a toll on you, so it’s better, if you’re like us, that you save it ‘til when you’re really convinced it’s the right thing to do.

You don’t sound like you’re likely to be playing these songs into your forties or fifties, then…
We’re not The Rolling Stones! So nope, I don’t think that’ll happen. I am glad we’re putting the Best Of out now – I’m really proud of it and it’s really fun. And I wouldn’t have this house without its songs!

It’s fair to say the UK rather overlooked the past two albums, right?
Exactly, yeah.

Why was that? Was the success of Gran Turismo simply that unexpected that nothing could follow it on a commercial level? I mean, the album was floating about the UK albums chart for the best part of two years…
It was crazy. I’m not sure if this is true – and we’re learning more from dealing with new people nowadays as we need another label – but that was the fucking ‘90s, and you could actually sell ridiculously huge quantities of records. You just don’t anymore – even those who sell the most, it’s half of what it used to be. And also songs like ‘My Favourite Game’ are more radio accessible than what we’d done before.

Would you say the Gran Turismo songs had a darker edge compared to what’d come before? Perhaps that’s why the miserable UK took to it so well?
Yeah, maybe… It’s hard to explain why it happened. In commercial values Gran Turismo definitely had more radio-friendly songs on it than the last two albums, which I think were greater records but we did not make them with radio play in mind. I think there are many reasons for Gran Turismo’s success.

I’d say there are fewer mainstream radio stations with a particularly varied playlist these days – perhaps that’s a factor to consider?
Maybe, yeah. I don’t want to blame the industry because we definitely made very different records after Gran Turismo, but it’s quite amazing how different the landscape is now.

Does the present commercial landscape give you any concerns, what with a new A Camp album on the horizon?
No, not really. Since 1997, with ‘Lovefool’ over, I’ve considered my commercial success done. That was a wonderful experience, but very exhausting too. I’ve never anticipated anything like that since, although I’m hopeful our records will do well. I’ve never seen myself as someone who is going to get commercial success. I might strike lucky and the masses might like it, but I don’t think so. I’m making the best record I can and I’ll do everything I can to promote it, but I also learned back in the day that there are certain things you can do that’ll kill your soul and body. So I’m never doing those things again, and now I’m aware I’m not walking over corpses here. I’m not expecting anything.

Were you made to do promotional things that you weren’t into around the time of ‘Lovefool’ and Gran Turismo?
Even back in the ‘Lovefool’ days I remember always having a feeling the record label was mad at us because we wouldn’t do everything they wanted us to – we’d often say no to doing stuff. But I don’t like the media, really, and I never did. You can have pleasant experiences but whole days of it can… speaking from personal experience, it can take you apart, really. I mean you sound like a nice guy, but some people really don’t care about the band when they meet us, so you sit there with a journalist who’s been sent out on a job, and you’ve two people sat looking at each other wondering why they’re doing it, wondering what to say next. But I always think that my music deserves world domination (Clearly tongue in cheek), but that it doesn’t have what it takes. (Laughs)

I guess it takes a certain mindset to succeed commercially over a long period of time – to be the Robbie Williams-style artist. It’s the fortune that drives you above all else. That’s not something you guys have I take it? Exactly, and that’s preferred somehow. It might make us bitter eventually, but right now it’s fine. I’m sure by the time I run out of money you’re going to see me doing everything… like naked, y’know!

Well, um… err… Okay, to wrap up: the ‘best-of’ release often signifies the end of a band, or at least the end of a band’s true significance. Is this release the closing of a chapter or the slamming shut of the entire book? Is it the very last release from The Cardigans?
I think in a way, at least or myself, I’ve felt like every single album of ours has been the last one, because I can never picture what can possibly come after. I can totally see what can come after a greatest hits, though. We’ve always reinvented ourselves after each record, after that two-year period of touring. The way we’re talking now is that we’re not at work, but I’m sure we’ll get the urge. We usually do after a project, but being in a band – doing a record, doing promo, going on tour – it fills the calendar, and it’s really nice to have some space to do other things for a little while. But I love these guys, and the music we make, and once you’ve taken a break from it and all the expectations for a while you become quite psyched again. So it’s really clever to let that urge come back naturally. Ahead of the returning of that urge, wrap your listening gear around The Cardigans’ Best Of, out now on Universal. MySpace, for more information, here.