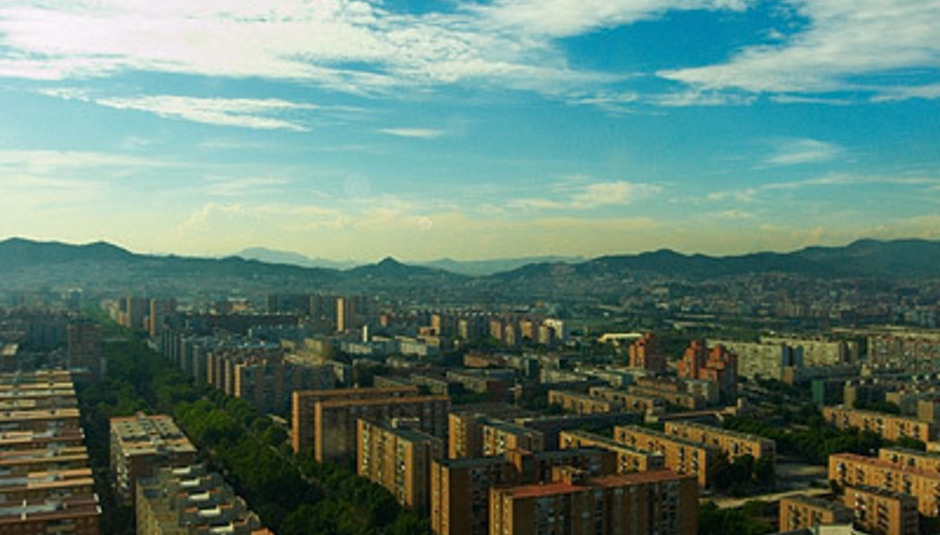 by Mike Diver May 31st, 2008
and Gary Wolstenholme

Day two, and the rain that was forecast for 24 hours earlier arrives... for about five minutes. Sitting outside our hotel, large beer in hand, DiS barely notices the potentially festival-scuppering precipitation; focusing on the bands at hand, we're too busy being About Ready To Dance Ourselves Silly to worry about the weather.

Why? Is great, so great, perhaps obviously. The reverence for Yoni Wolf and company on the CD Drome stage is astounding; DiS has a moment, wishes we had someone to cuddle and plods off to make with the merry after 45 minutes-plus of event-defining excellence.

Before: The Cribs crack open the good times on the Estrella Damm stage early doors - first on, best foot forward. They're followed by a pair of welcome blasts from the past in the shapes of The Sonics - who don't care what shirt you're wearing, as you're all Sonics fans - and Devo. The latter truly get the masses buzzing, delivering a much talked-about set of catalogue hits.

Elsewhere: Pissed Jeans are a veritable force of nature on the ATP stage - they don't so much play punk-rock as fight against it, the victor uncertain. Score draw, says DiS. Sebadoh play Sebadoh songs rather well, while Cat Power's rather tamer material cowers in a corner as the power of Fuck Buttons is heard from across the site. Six Organs Of Admittance emit a powerfully disorientating squall, while No Age meld tunes to their racket to get us all smiles on the Vice/Jagermeister stage.

Autolux welcome the darkness on the ATP stage with a predictably heavy-going performance of rumbling menace, while a chink in the clouds is afforded by Bob Mould and his band. A string of same-stage must-sees guides DiS from after-Why? euphoria to bedtime at ridiculous o' clock: A Place To Bury Strangers begin the assault at the Vice/Jager stage, followed by White Williams, hometown fave El Guincho and, finally, the scintillating Holy Fuck.

DiS bops 'til we drop, pick ourselves (and Times New Viking) up, get molested by Les Savy Fav, sweat out the bad, suck up the good, forget how average The Go! Team is, and collapses at gone 7am in a room with a view. More, tomorrow. When we DJ the festival's closing party. If you're here, somewhere, be there.