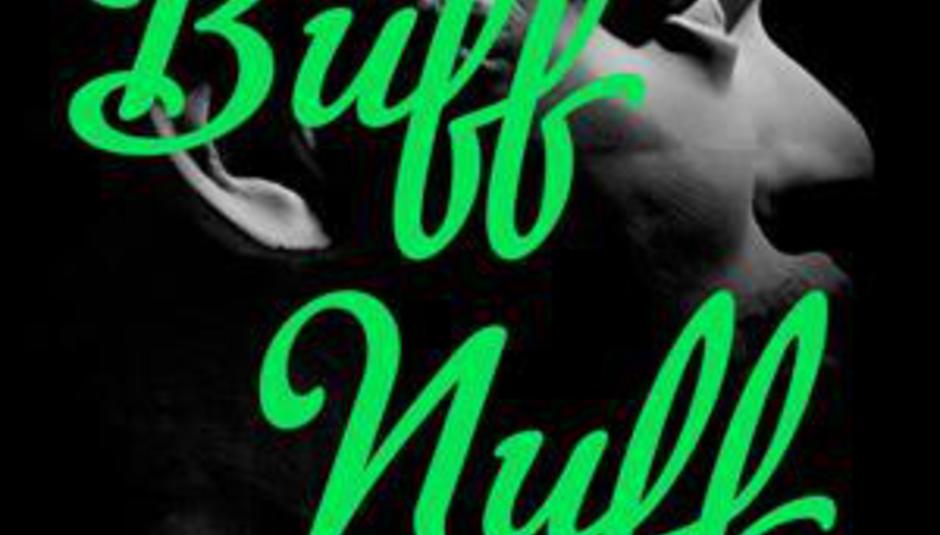 What’s better than this, really: this country’s most-respected rhyme-sayer previewing his forthcoming Slime & Reason LP with a throbbing ode to chasing skirt in pure Benny Hill style, ice cream treats as bargaining tools. If dribbling frozen delights don’t win the woman – or wom_en_ – in question, the fine fillies can always be treated to a wee ride on Roots’ pushbike. What? What’s a ‘euphemism’? We couldn’t possibly comment. And he’s wearing a silly wig in the comical video. A very silly wig. Winner.

Watch an EPK of the new LP here

Tyne tyke Riton leaves behind his electro house squall for a foray into Kosmische as Eine Kleine Nacht Musik. But for all the Neuisms, taking its pirouetting strings from a Gian Piero/Laura composition, ‘La Sereneissima’ sounds a bit too like the Ski Sunday theme dressed up for the disco. Just imagine Clare Balding getting her funk on. *SS*

Falling walls of beats like nails to the head, ‘Chrome’s On It’’s been hanging round the back of our subconscious since we copped ears on the Brooklyn trio’s girl gang haunts way back when. Not far from the freak-folk pursuits of Effi Briest but with less ocarinas and more stuttering drum loops, citing Hot 97 instead of Theodore Fontane, it echoes with the same basement avant-garde of Gang Gang Dance’s neo-tribal clatter but without the banshee wail. With their debut record, Dance Mother, produced by über-beatnik William Orbit Dave Sitek, waiting in the wings, these drone pop climbs are unmapped idylls. Backed by the casket of Lagos lapping blitzkrieg beats of Sunni Geini, indulging in dark and dank dancehall and dubstep tendencies (more here). *SS*

Over the radio at present like a particularly vicious rash (and top of the downloads chart), this single sees Dizzee Rascal team up with Scottish dance fellow of questionable talent Calvin Harris… but it works swell. Speaking of which, no doubt something’s on the rise in young Dylan Mills’ baggy trews, but if he insists on wearing that jacket for any reason other than a joke he’s never taking the object of his affections home after any boogie preamble.

Kev Kharas managed to spew enough praise on these modest pop juggernauts last week with the release of 03/07-09/07 (review), but we’ll reiterate the sentiment as High Places paste a calypso collage onto the meek fracturing synths Atlas Sound tied around Let The Blind… to form ‘Vision’s The First…’. Wilting in the sun, Mary Pearson’s vocal is a sterilizing, hypnotic wash you’ll want to soundtrack the sound of your brain decaying in the summer sun. SS**

If recent offerings from Bill Callahan have lacked the melancholy underpangs of earlier, more affecting material given his loved-up state of mind lately, Micah P Hinson is here to deliver in his absence. ‘When We Embraced’ is over in a heartbeat, just fingers on strings and a voice so very seeped in a history of downs. It’s, vocally, the sound of Kurt Wagner once told his Lambchop extended family’s been eradicated in a plane crash, albeit dressed as a song about a him and a her – simple of surface but undoubtedly with a backstory to shed a tear to.

If Mystery Jets’ ‘Two Doors Down’ wasn’t a loud enough echo of the ‘80s for you, pick up this neon-dizzy slice of silky nostalgia, a song that’d sound equally as brilliant voiced by Kim Wilde 20 years ago as it does leant the talents of New Zealander Ladyhawke, aka Pip Brown. If you did set fire to ‘Paris’ – not the city, but the former Single of the Week from Friendly Fires – and built a track from scratch from its ashes, you could well end up with something like this: it shares the same liberal glossiness, and is just as able to fill a floor of revelry of an eve. _Or_: like CSS without the unnecessary glitter.

The Dodos – ‘Red And Purple’ (Wichita)

A clattering, clanging delight of a thwack-a-thon, percussion as the conductor, and a soothing vocal line drifting elegantly above a maelstrom of toe-wriggling bombast. It’s a love song, really, dressed up as a military tattoo, the desire for companionship placating the fear of what comes next: fight or flee, either way it’s fine so long as “you never leave us”. A great standalone from The Dodos’ recommended album, Visiter (review), and an excellent introduction if you’re yet to be wooed.

The one not led vocally by falsetto-crooner Hayden Thorpe, ‘The Devil’s Crayon’ is the most obvious single from Wild Beasts’ superlative Limbo, Panto debut (one of our essential albums of 2008 so far, further reading), given its immediacy and outlining of the band’s key characteristics – they’re northern, they write wildly creative pop songs in a wholly unique and unconventional manner, and they’re bloomin’ marvellous. Somewhere, in a parallel world not even a decently dressed Billie Piper can penetrate, music like this is all over the airwaves, infecting an audience with the most delightful ridiculousness. Oh, to be an inter-dimensional backpacker possessing the passport to end all passports.

The return of Tricky as a creative force to be reckoned with is welcomed – his forthcoming Knowle West Boy LP is impressing many in the DiSopolis – but this curtain-up single seems a little too throwaway to do its parent album justice proper. Slice down and it will bleed the same deep menace that flowed through the veins of Maxinquaye back in ’95, but a buoyant bassline gives ‘Council Estate’ a breezy atmosphere that doesn’t entirely suit its maker’s reputation for brooding slow-burners. Whisper it – this is almost his take on Just Jack’s ‘Starz In Their Eyes’.

Also out today: plenty of other singles that we’ve not space to comment on here. Got something to say on them? Post below…