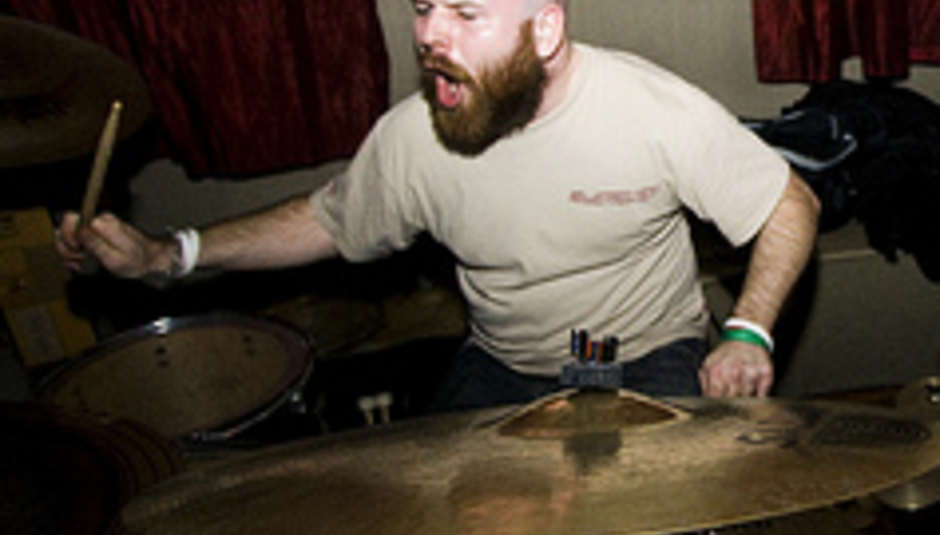 Pitched something like a Supersonic for London, this year’s inaugural Hokaben festival brought an impressively diverse range of experimental/noise/rock acts to three rooms of 93 ft East.

Saturday begins with disappointment as I miss improv-noise-fx maestro Team Brick. Luckily he plays London pretty frequently for much cheaper than today’s £23 entry. This is something that can be said of a lot of the line-up, and while it’s a great indicator and booster of the health of London’s live music scene, it does make the door charge seem a little steep.

The first two acts that I do manage to see, however, say great things about the variety on offer. Hey Collosus on the main stage deliver cathartic, sludgey doom, with full-fat stoner rock coated in shards of vocal fx and noise treatments, while **k (pronounced “too stark”) in the back room builds up a dark, soundtrack-y ambience out of guitars loops and drum machines.

The three stages allow for a fantastic amount of dipping in and out of sets. I catch a particularly striking percussive set piece in Aufgehoben celebratory free noise freak out, wherein two drummers appear to be having some kind of musical argument beneath creepy guitar shimmers and a chap doing unspecified - presumably avant garde things - at the back. Ramesses’ glowering doom blows their guitar amp very early on in the set, but they still manage to brutalise as an Om-esque bass and drums duo, whilst Dethscalator menacingly stalk the bar’s two tiered stage like wild dogs, churning out kickass evil Melvins'ish riffola. Similarly, Stearica manage to be both rousing and punishing, whereas Vialka make sometimes impressive but generally ridiculous Euro-folk-artrock, like a hipster take on Greek restaurant muzak. ZunZunEgui, however, are incredible, leaning from Cuban jazz with a noise skronk to a heavy afrobeat, which recalls late-period Fugazi at their most freeform.

The worst clash of the day comes as delays make sets by Corsano-Flowers Duo and Neptune overlap. Whilst the duo’s fluid ragas are intoxicating and elating, Neptune’s first return to these shores for a couple of years in essential viewing. With their grinding, home made scrap metal guitars, stompbox synth modules and bin drums, they make an awesomely engrossing overload, something like Shellac covering Devo. In sheet metal.

Please get the best out of the back room, their set of dual surf guitar party pop getting people dancing and ready for Thud – two guys in black wetsuits, in blackface rapping over Eurocheese and Charles & Eddie samples. They provide a decent alternative to headliners Acid Mother’s Temple. Call me stupid, but their retro wig-outs only bring to mind the sort of turgid jams the likes of Oasis finish their sets with.

Kid606 brings things to a close, but after a day of such odd visual spectacles, including Birds of Delay’s set consisting of two men playing 'Snap' as a guy behind his laptop hardly captures the imagination. Still, a great event that promises much for the future.

DiS likes Gentle Friendly, what do yo...