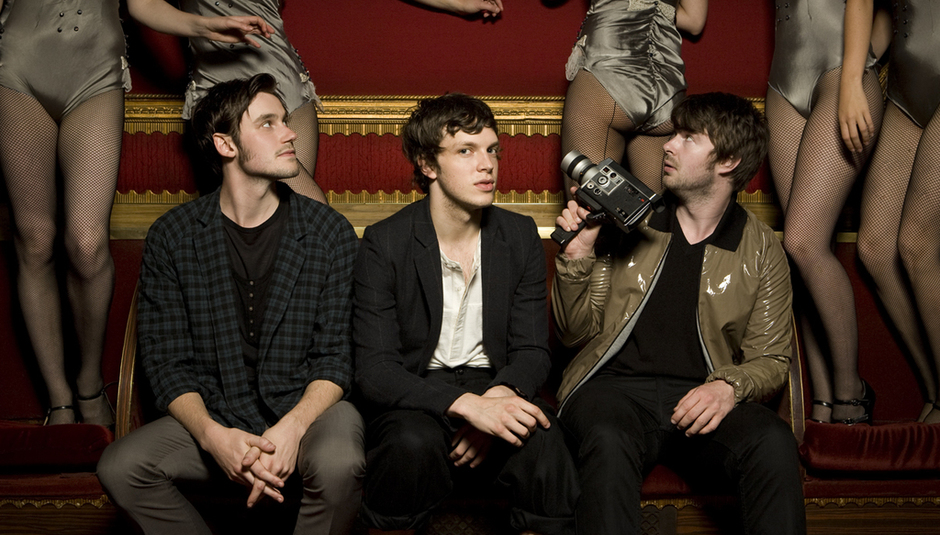 It may not seem like the most sensible way to play to 200 people, but Friendly Fires are performing a show on Monday in complete darkness. Too many questions arise from this. Is there a risk of a guitar being accidentally shoved into unwanted places, for example? Bum notes indeed. We spoke to the Friendly Fires' Jack Savidge about the logistics of it all, their preparation for Pitch Black and a second album.

DiS:How're you rehearsing for this Pitch Black gig?

Friendly Fires: We've been wearing blindfolds around the house, eating carrots and attending seminars given by moles. We've also been sharpening our noses since the only way we're gonna be able to play the music is by smelling the notes.

DiS: You've played all sorts of odd and interesting shows all around the globe, how does this contrast and compare to some of previous things you've done?

FF: I'd say this is right up there. Most of our really weird gigs have been weird because of a funny atmosphere or crowd reaction, but this is the first that will actually be weird by design. Sometimes when the lighting guy's really enjoying himself with the strobes it's just as hard as playing in the dark.

DiS: As kids we were taught that removing one sense enhances another, was this the thinking behind the gig or was it just an unusual idea you were presented with?

FF: It was presented to us, but we all thought it was an interesting idea. Perhaps it'll backfire, and everyone will realise we're shit because there's no fit-inducing lighting show to distract everyone.

DiS: Will you be banning people from bringing glow sticks and taking flash photography during the gig?

FF: I think the promoter will take care of that. It would kind of ruin it wouldn't it?

DiS: How do you dress for a gig in the dark? Glow in the dark T-shirts?

FF: It doesn't really matter I suppose. Cricket clothing might give off a certain glow in pitch dark, but it's very difficult to drum in pads.

DiS: Are/were any of you afraid of the dark?

FF: I had to have a night light up to about age 9. Ed Mac says he slept with a glow-in-the-dark worm til he was six. Dark places can be pretty scary. Attics and cupboards and things like that. Let's hope there aren't any timid souls at the show.

DiS: Your fans usually dance like a herd of dolphins enjoying a slow death in the sun, do you think they will still go nuts or just have giant orgy/game of murder in the dark?

FF: Haha good description. I honestly have no idea. There might be quite a bit of treading on toes, elbowing each other, perhaps people will fall over, because they no longer have any idea which way is up. I think there might be some furtive touching going on.

DiS: You've been touring your debut album for a while now, might we get to hear some new songs at the show? When might album two be due?

FF: We finished a new song called 'Kiss Of Life' last Monday, but we haven't had time to work it out for the show. It might be tough translating it live, because we ended up putting a whole samba batucada on it. That song should surface really soon, but there hasn't been much time to work much else. There's a few ideas floating around, but we will begin writing album two in earnest in september when we have some time off.