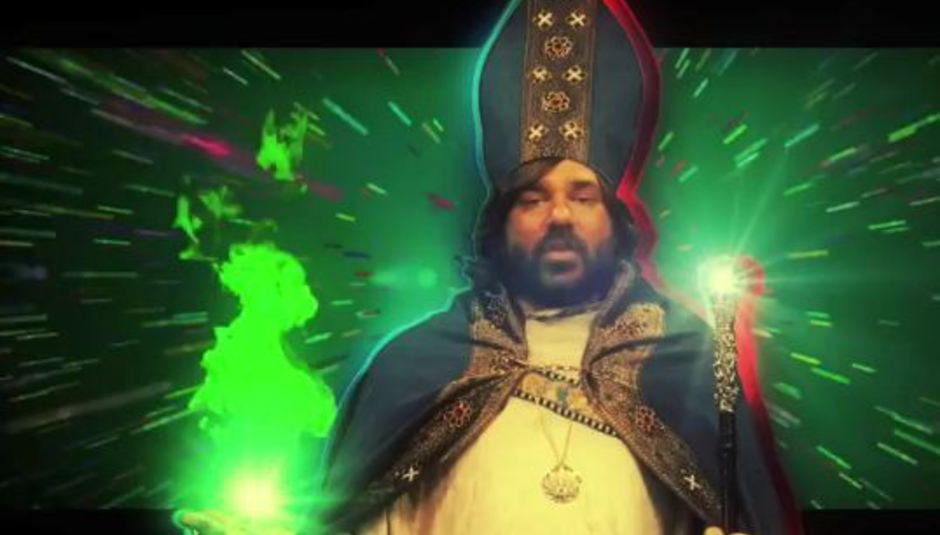 I’ve watched a lot of music videos in the last couple of months. Unfortunately, much of it hasn't really been right for Drowned in Sound. Don’t get me wrong, some of these videos I’ve been watching have been amazing, and in the future they might well be fare for this article, but my friends told me that people want to hear about chillwave, dream-pop, witch-house and other such made up genres that don’t really exist.

Anyway, the gist of this is that if you read another article in which someone is wonderfully more informed and has posted much better videos then you just go an read that page and make sure you press “like” on their Facebook button and then retweet them. This is a list of really, really good ones though, so I’d be surprised, but I’d grudgingly accept defeat on the fields of promo journo nonsense and impale myself with my sword of over-sensitivity.

Let us know the ones you think we’ve missed and we’ll make up reasons on the spot about why they’re rubbish and so not relevant right now.

Directed by Phillippa Bloomfield
Here, the trendy youngsters that are Veronica falls all cavort around in the woods without damaging hairstyles/topshop attire, etc. It really does have a lovely 1940’s children’s book feel to it. Like Enid Blyton, but without the racism. Although they do burn books.

Directed by Spencer Dennis
A charming and giggle-worthy video that’ll no doubt make you think about what your tech guys do to your computer every night to make it run so badly and why won’t you open OUTLOOK EXPRESS I’VE ALWAYS HATED YOU STUPID COMPUTER AND YOUR LACK OF CONSIDERATION FOR MY NEEDS.

Directed by - Emile Sornin
I haven’t seen the new Planet of the Apes film yet, but hopefully when I do it’ll be something like this.

Directed by Broken Pixel
Super-quaint frame by frame animation from former iLiKETRAiNS man Ashley Dean for the dreamy folk pop (NOT DREAM POP I MIGHT ADD) of Cashier No 9.

Directed by Katherine Mager and Luke Abbott w/ words by Sam Riviere
DiS is a bit of a Luke Abbott fanboy, and this collab with Katherine Mager and poet Sam Riviere is really something. A collection of atmospheric and interesting shots, with the contrast of Riviere’s sometimes comforting, sometimes unsettling words. All accompanied by Luke’s breed of poignant and emotive electronic music.

15) Stephen Malkmus and The Jicks - ‘Tigers’

Directed by - George Wu
Quick Hill! Think of a Pavement joke that will be witty and relevant...
…
…

Directed by Chloe Hayward
It’s like one of my favourite people featuring two of my favourite people. The visuals are super excellent also, with blobs of evil super energy and mazes and sci-fi and pyramids with eyes made of evil and then he blob turns into a watery heart and you know.
Interesting facts are that DELS was his own stylist for this video and Joe doesn’t actually appear, even though he cameo-d in the promo for Shapeshift.

Directed by Romain Chassaing with choreography by Lionel Hoche
Synopsis: Anna Calvi performs and is cut with some avant-guard dancing. Somehow, it seems as this sentence works and, surprisingly, so does the video. The words “arty-farty” as maybe bandied around too much these days, so let’s embrace Romain Chassaing’s arty fart on Anna Calvi before we hold our breaths and escape the high rise elevator of snobbery.

11) Summer Camp - ‘Better off Without You’ (Apricot recordings/Moshi-Moshi)

Directed by Tyrone Lebon
Listening to new British bass music on public transport seems to be the new generation’s listening to Radiohead in your bedroom. This lovingly simplistic video manages to unnervingly capture that sense of isolation you can get hearing Mount Kimbie on your headphones on the DLR or, in my case, the bus from Norwich to Swaffham.

Directed by Michael Please
Michael, Please will you make us a crazy wonderful colour magic stop motion ink-splatter oil run video? I made a pun on his name, making good use of my BA(hons) in English Literature. Sentence structure still much to be desired.

Directed by Brown Brown Films
Pretty impressive atmospheric and entertaining nonsense from both band and director here. Brown Bread Films are starting to make a pretty good name for themselves, and this video is beautifully shot and stunningly executed. Its got a thoroughly mental ending also, which I’m prone to.

Directed by Rodney Smith
Roots Manuva is a dapper, charismatic genius whose presence will make any video brilliant. I wish he’d buy me a handbag.

Directed by Stuart Sinclair and bretonLABS
Have I ever said how much I really like sci-fi music videos?

Directed by Ninian Doff
It’s the video of the summer we never had, from the director that previously brought us this and this. Ninian, I would shake your hand.

Directed by Spike Jonze
This slow paced video highlights the sensitivity of lounge-jazz combo Kanye West and Jay-Z. The couple are presented helping kittens and working out how best to save the environment, embracing internationality along the way.

Directed by Chris Boyle
You should have all seen this by now, but if you haven’t then it’s Matt Berry and an apocalyptic colour explosion. It almost had the top place this year but…

Directed by DANIELS
…DANIELS have done it again. Not content with topping the last roundup, they unleashed this incredible piece with much more of what I like – Battles, Gary Numan and a man getting hurt.

Sam Hill is a scruffy-looking Nerf-herder and curator of the BBC Music Video Festival. Send him a video, and then he’ll know about it and he’ll probably enjoy it.