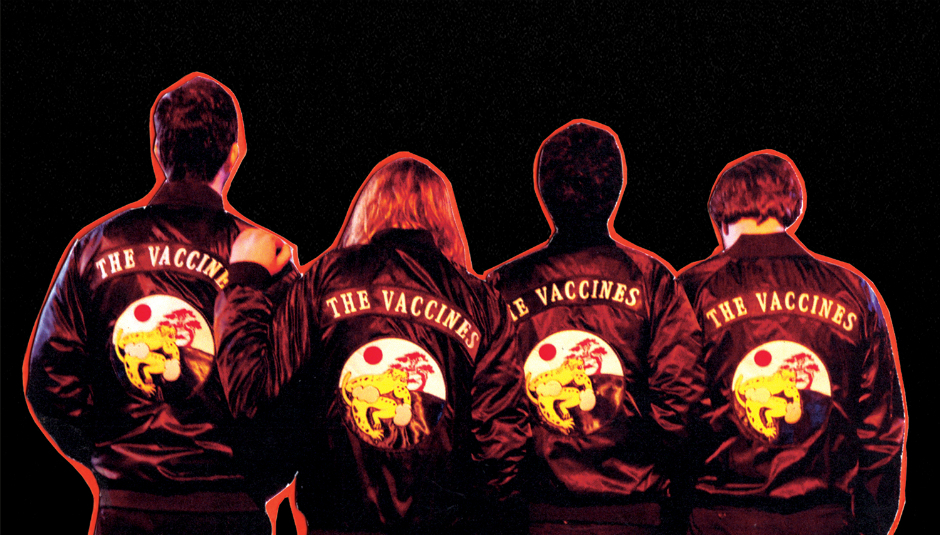 Something very, very exciting is happening in hip-hop right now. The genre’s three leading lights are set to have a new record out this summertime.

Drake’s If You’re Reading This It’s Too Late dropped last Thursday evening, a surprise iTunes release that arrived less than 24 hours after Kanye West’s ‘Wolves’, and four days after Kendrick Lamar’s incendiary post-Ferguson treatise ‘The Blacker The Berry’. There is plenty that separates this trio, but what unites them is their drive to define your 2015. These rappers will not rest until it’s agreed that they are the biggest and best act of the year.

“He got last summer,” said Kanye of Drake in an interview with GQ last year. “And I'd never given it up till last summer.”

While most Kanye quotes should be treated with a degree of scepticism, this tussle to be ‘the greatest’ is well established. Last year Kendrick Lamar kicked up a righteous fuss with his infamous ‘Control’ verse where he declared himself to be, “King of New York / King of the Coast.”

As for Drake? He sees things differently.

So Kanye, Kendrick and that guy off Degrassi are vying for maximum relevancy come June. They’re the faces of alternative American culture and have dramatically different ideas on how they should reflect that status. Whether it’s by addressing the state of US race relations, doing a ‘partial Beyoncé’ with an album of downcast bravado or acting as the mouthpiece for ‘artistry’, all three performers have something to say about the decade we’re in. You look at them, consider the best of what British guitar music has to offer and shake your head in dismay.

“Yeah, that rock’n’roll. It seems like it’s faded away sometimes but, uh, it will never die. And there’s nothing you can do about it.”

That was what Alex Turner said while receiving British Album of the Year at last year’s Brit Awards and, in one drunken slur, he hit upon the reason why the genre is in such a rut. Despite a flurry of thinkpieces claming otherwise, guitar music remains the UK’s favourite counterpoint to pop and sells in vast quantities. It cannot be resurrected because it has not been usurped.

On the night of last October’s Mercury Prize 2014 ceremony, FKA Twigs was the favourite to win. Her LP1 met with universal acclaim upon its release in August, while its lead single ‘Two Weeks’ has clocked up over 8 million YouTube views to date.

As it turned out, Tahliah Barnett was beaten to the gong by Young Fathers whose record Dead had achieved less than half her 12,750 sales. Futuristic R&B was trumped by leftfield hip-hop from Edinburgh, except it wasn't really. Royal Blood’s self-titled debut had already achieved eight times the sales of both albums combined.

It’s this same ingrained market for tradition that allows The Vaccines, Two Door Cinema Club, alt-J and Mumford and Sons to headline the O2 Arena with only two albums to their names. People want to buy a faint reminder of what they already like and there’s an industry of labels, media outlets and promoters to keep the hegemony in place. The result is that the biggest bands around struggle to reflect the nation they cater to.

Britain has changed since the 70s, so why is it that our guitar bands are still all white, male and resoundingly polite? Maybe that's what privilege looks like. Perhaps rebellion isn't isn't bothered about the form that Little Richard first popularised in 1955. This depressing state of play was recently acknowledged by The Vaccines’ Justin Young when speaking to the NME.

“I wanted to make a record that was important in 2015 and sound like 2015, sonically and emotionally," he explained. "People just aren't ambitious in rock music. If you take hip-hop or pop, they're a lot more adventurous, they break a lot more rules.”

Conformity is holding back British guitar music with few acts willing to break from tradition and actively upset people. When self-styled rabble rousers Kasabian recently stated “London is full of cunts” via a banner at a Glasgow gig, they quickly blamed the backdrop on a production error and went on to perform a five night residency at Brixton Academy.

Last month The New Statesman’s Stuart Maconie highlighted the fact that local authorities spent less than half the amount on state school music teaching in 2010 that they did 20 years earlier. The result of this is a situation where only those from a middle or upper class background can afford to grow their artistic ambitions by learning an instrument outside of the classroom.

Those who want to take their talent further rely on the financial support of their parents to build a career. Sam Smith, the only artist in the world to score a million-selling album in both the UK and the US during 2014, achieved this feat with the help of his city trader mum who previously earned more than £500,000 a year. You can say the same comparison applies The Clash’s Joe Strummer, who was the son of a diplomat father, but John Lydon grew up in a two-room Holloway flat with an outdoor toilet. That balance has gone missing.

“When I listen to the radio now, I don't hear the voice of the working class. I don't hear a Richard Ashcroft or a Bobby Gillespie or a Liam,” commented Noel Gallagher to The Quietus recently.

The other cause of British guitar music’s stagnancy is its ongoing thirst for Retromania. When Drenge took to the David Letterman show last month, American viewers were met with the comfortable sight of a garage-rock duo spinning through classic reference points for rebellion. “We're like Bonnie and Clyde, but without any pride,” sings Eoin Loveless on ‘We Can Do What We What We Want’, the lead single from his band’s second album Undertow.

Likewise when Birmingham four-piece Swim Deep reinvented themselves last week with ‘To My Brother’, an upbeat ode to the sound of baggy Madchester. Nostalgia isn’t a problem in of itself, conformity is though.

Turn away from the mainstream and there’s plenty of forward-looking British music about. Wild Beasts and Dutch Uncles exist in a timeless sexed up stated, sashaying around the fringes of popular approval while Fat White Family and Sleaford Mods flick V signs at stray passersby. Elsewhere, A. G. Cook's PC Music and the grime revival continue to spin the internet into a tizzy. These acts are all constrained under a glass ceiling though. When it comes to Top 40 mainstays with a Fender Stratocaster in hand, no one seems to be saying anything about today - let alone the future.

"I think you'd have to be blind and deaf to have lived through 2014 and not shed a tear," Everything Everything's Jonathan Higgs said to the NME last month. "If you put out a record this year and it's all smiles, then I think you're a liar, basically.”

His band's new single ‘Distant Past’ is due out today. Should it come good on this promise, you wonder how many others will follow suit. In an era where there’s so much to express about the state of the world, it’s saddening to hear the loudest voices booming out from across the Atlantic. There is no reward for British guitar acts to do the same. They’re don’t have to adapt to thrive.

In contrast, Drake, Kanye and Kendrick are successful because of their thirst for innovation. They effect the change they want to see in their genre and are utterly distinct because of it. That way the summer sounds like it belongs to them. Remember this when you’re stood in a field this June, watching a rerun of a festival headline show from decades ago.

Join the conversation: "Guitar music" in 2015