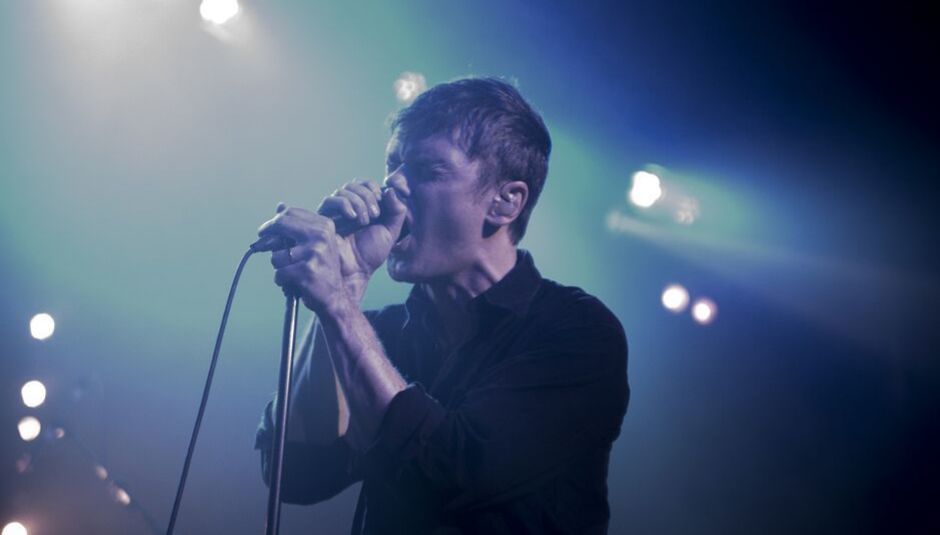 Hard to believe as it may seem, Idlewild celebrated their twentieth year as a band this month. From their humble beginnings as part of Edinburgh's DIY punk scene to the band that stands before us today, so much has changed. Band members have come and gone and with it, the band's sound has also matured somewhat. Indeed, it would be easier to pinpoint the departure of bass player Bob Fairfoull in 2002 shortly after the release of fourth album The Remote Part as the most obvious juncture between the raw version of yore and refined one now.

Having taken a break for three years, the band returned at the start of 2015 with a new album, Everything Ever Written, their seventh and arguably most divisive among both critics and fans. Nevertheless, it's still good to have them back and active, particularly with the musical landscape in such a barren state. On these shores at any rate.

It's been a busy few weeks having spent most of their time on the road, tonight's show being the last from this batch of dates until their Hogmanay event in Edinburgh. The early signs don't bode well as poor ticket sales cause the show to be moved from the 2000+ capacity Rock City to the significantly smaller Rescue Rooms, which holds a fifth of that number. Nevertheless, while some bands would have spent the evening eating humble pie whilst going through the motions, Idlewild rise to the occasion, turning in a performance reminiscent of those early shows for the packed room.

Earlier, London-based four-piece Shy Nature play a set that can best be described as "radio friendly indie". Replacing the customary acoustic set the headliners have played at most of the other shows on this tour, they're given a polite if occasionally muted reception from those already in prime position for the arrival of the main event.

So when Roddy Woomble leads Idlewild onto the tiny stage, he is greeted with cheers of adulation from the adoring throng. Opening with 'Collect Yourself' from their most recent album which carries a greater sense of urgency live than on record, Woomble seems at home in these more intimate surroundings. Fiddle player Hannah Fisher joins the five-piece for 'You Held The World In Your Arms', still their biggest selling and highest chart placed single. Unsurprisingly it's bellowed back word for word by almost every one of the 450 diehards present. 'Little Discourage' and 'Live In A Hiding Place' are greeted in similar fashion while 'A Modern Way Of Letting Go' sounds as vibrant and energetic as it did when first released thirteen years ago.

'Come On Ghost' and '(Use It) If You Can Use It' prove the pick of the five songs aired from Everything Ever Written this evening. Interestingly, there's nothing in tonight's set from its predecessor Post Electric Blues while only the title track makes it (and slips by incongruously) from 2007's Make Another World.

Several blasts from the past bring goosebumps and Cheshire cat grins to all and sundry, not least in the shape of 'Roseability', 'When I Argue I See Shapes' and 'Film For The Future' which segues quite effortlessly into 'Captain'. With a three song encore to close - Warnings/Promises staple 'I Understand It', early 45 'I'm A Message' and the epic 'In Remote Part/Scottish Fiction' at the climax, it seals a triumphant return to the city for a band still held dear by so many.

With a live album due next February and the likelihood of more shows to coincide, the Idlewild story is far from reaching its conclusion just yet. And for that we are eternally grateful. 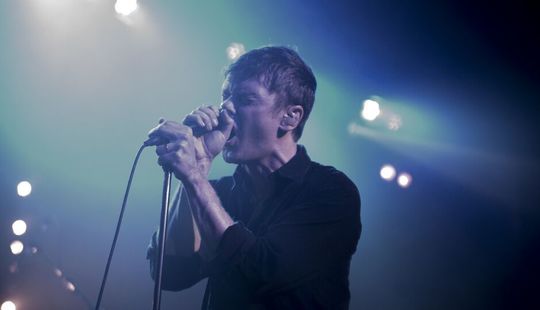 In Photos: The Vaccines @ Brixton Aca...