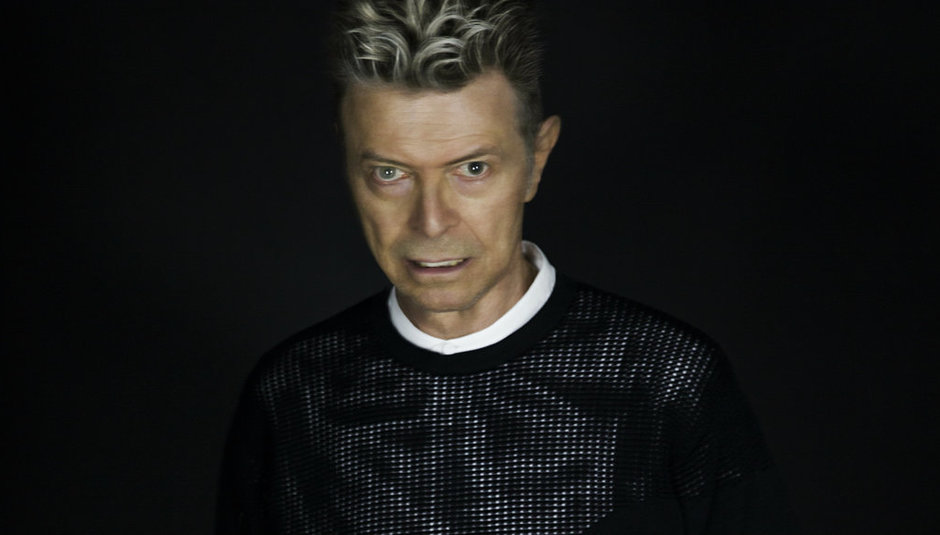 Sorrow, or: why it's okay to be upset at David Bowie's death

Sorrow, or: why it's okay to be upset at David Bowie's death

About ten minutes after that I told my other half and was disconcerted to note that I’d started sobbing uncontrollably. Not trying to overstate my manliness, but I have definitely never sobbed at the death of a public figure before.

Nonetheless, during the long years of Bowie's 2004-2013 absence, I’d occasionally thought about his death and I’d vaguely suspected that it would make me really upset, in a way that I suspect I won't be at the deaths of any of my other musical heroes.

And the thing is, lots of people got really upset: I can’t remember anything like it since the death of Princess Diana (and that felt totally different, a nation mourning the loss of a family member, not a talent). I live in the London suburb of Beckenham, where Bowie grew up, and since he died we’ve had a spontaneous memorial outside the old Three Tuns pub where he used to play, a spontaneous club night at the local Irish pub, and a spontaneous book of remembrance at the local church. That is almost certainly more spontaneity than Beckenham has seen since Bowie lived here. Other friends posted on social media about how they’d cried at work that day.

Later that evening a backlash even started, with some righteous souls – mostly posh journalists – suggesting that the grieving over Bowie had become a bit of a social media circle jerk and was insincere, with mourners exaggerating how upset they were because it’s what everyone else was doing.

I suppose it’s just about possible that everyone else was exaggerating, but if I cried at home, privately – AND I BLOODY DID – then probably other people did too. Actual physical memorials to dead celebrities don’t appear just because Twitter’s got a bit excited. It feels rather crass to say it, but the comparatively restrained reaction to the death of Alan Rickman a few days later – the same age as Bowie, the same cause of death as Bowie, and comparably famous – underscored Bowie’s specialness.

Why were we all so upset? For the same reason? For different reasons? Because of Twitter? Because of Bowie’s exceptional stage managing of his own death?

If there is common ground between the grievers – and you’d assume that there is – then I’d hazard a guess that these are the reasons why.

The first point is the most obvious: the scale of his accomplishments. Even if you’re ‘only’ talking about the run of records between The Man Who Sold the World and Scary Monsters, nobody has done anything like it and it seems unlikely that anybody will do anything like it ever again. He is a paragon of artistry, the fantasy musician, a man who did everything, incredibly quickly, and did it brilliantly. To all intents and purposes what he did was magic, and it is sad that his magic has gone from the world. When Paul McCartney dies there will be mourning for similar reasons: whatever the prosaic realities of the last four decades, the scale of his accomplishments in the Sixties make him an almost mythic figure.

But Paul McCartney won't mourned as much as Bowie. I think – and it';s a slightly abstract point – that the main reason many of us feel so sad about Bowie is that he was always there. It must have been remarkable to be a fan during the Seventies and just be floored every year – sometimes twice a year – as he morphed into something else extraordinary again and again. But from the Nineties I remember him as a ubiquitous presence, a grafter who released records and toured and conceptualised relentlessly, always on telly or at a festival or in the news for some wheeze, always more interesting than the people around him.

If he didn’t regain his critical darling status until a long time after, I think people ultimately respected him for what he was doing and also respected the fact he’d pulled so sharply back from a brief lapse into Eighties AOR hell. If the gothy Outside or florid drum and bass flirtations of Earthling got quite a bit of flack, I think maybe within the gentle mockery that greeted them it was understood that nobody else was doing this shit, that on some level mocking David Bowie for making a drum and bass album was in fact tantamount to gently celebrating his brilliance.

More than that, though: whatever you thought of the new stuff, the old stuff was deathless, almost aggressive in its refusal to age. It wasn’t music to be admired from a distance, but experienced in an eternal NOW. People younger than me didn't grow up with Bowie, but they did grow up with YouTube and Spotify, able to plunge into a realm of work and life that's barely dated because he pushed everything so far, so fast, that it never became cliche: nobody else pretended to be a space alien, because they’d look like a twat; nobody else did their own Low because Low seemed like a work no one else on the planet was equipped to make.

And as a public figure he was incredibly likeable, witty and smart and interested: no musician of his stature was ever more game. I commented on my review of Blackstar that Bowie had always been prepared to graft, and perhaps in a peculiar way one of the things that made me love him the most was that he was interviewed not once but TWICE on lairy Nineties morning show The Big Breakfast and when he did it he was funny and engaged and he gave a shit. None of his peers would do that: not Paul McCartney, not Elton John, certainly not Neil Young or Springsteen or Prince. In a weird way Bowie’s most astute act of transformation was to downsize from stadium megastar to jobbing mid-tier alt-rocker (with a massive back catalogue that meant he could play arenas but whatever) because it connected him with people again. He was a man who voluntarily fell to Earth, who chose to be one of us rather than one of them, and he made our lives vastly more interesting by doing so.

I obviously get that it must have been amazing to have seen ‘Starman’ on TOTP and that this might do more for a lonely confused teenager than watching him banter with Liza Tarbuck on a large spherical bed. But even 25 years after Ziggy, he managed to be a presence in my world in a way that none of my other favourite musicians were. Suggesting he was a man of the people is perhaps pushing it, but he fucking loved what he did; he loved music like a teenager loved music. When he went away for a decade it was sad; when he returned it was joyous; he was canny enough to give the impression that not talking to the press or playing live was an affectation, that maybe it was all back to the way it was except this time he couldn’t be arsed with interviews.

He was the greatest of us, and his greatness was unusually loveable. I don’t think I’d say I loved Michael Stipe or Kate Bush or Bruce Springsteen, but I think I did love David Bowie, and I wasn't the only one. And that is why we cried.

Related read: All the nightmares came that day, my David Bowie tattoo's here to stay

Album Stream: Confessions of a Romanc...

20 things we learned at Eurosonic Noo...