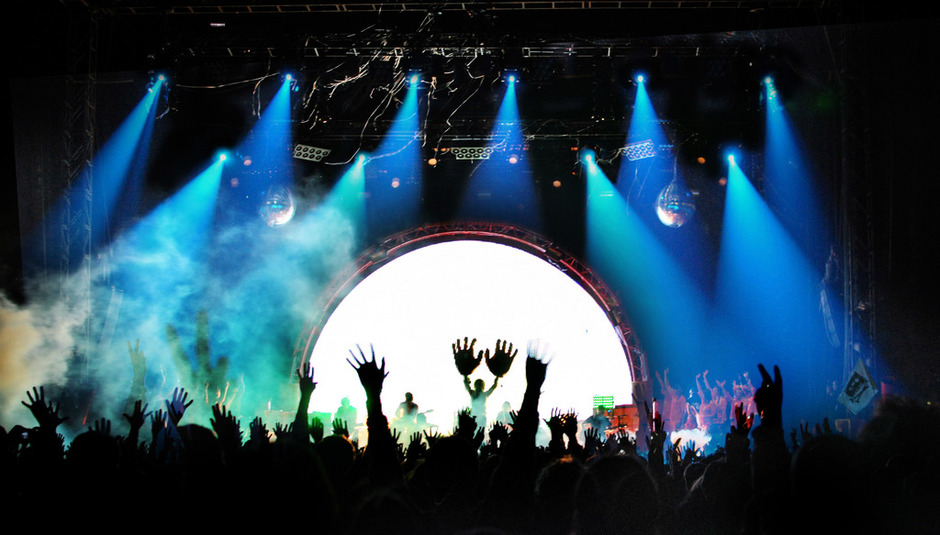 The Attention Crash, it’s called - that point when there’s just too much stuff for us to process. Those billions of Google search results, those millions of songs on Spotify, the terrifying innards of my email inbox. And maybe festivals too - not just how many there are but how big they’ve become, from Glastonbury’s hundreds of stages to SXSW’s 1000+ bands, our step counts almost as high as the sets we’re missing out on.

Is all that choice really such a good thing? It can get pretty crippling navigating through those programmes, creating itineraries more complex than Tokyo’s public transport system and which cover nearly as much ground. The tech world’s answer has been the algorithm, applying cold data to personalise our bubbles, but festivals are communal - they’re all about the shared experience, not the atomised one. But what if we traded abundance for careful, considered curation, replacing choice with trust - what would that festival look like?

Pretty much like La Route Du Rock in Brittany, one of France’s longest-running and most respected indie festivals and an absolute model for how to do low-frills with a lot of heart. Two stages face off in an eighteenth century fort, high walls (and the goats that perch upon them) hemming in 14,000 people to watch each band in turn, each starting mere moments after the feedback from the last peels out. There are no clashes and few distractions: the merch tents do a steady trade and there’s some nice support for small French labels, but otherwise the focus here is very, very firmly on the music. Y’hear that, Coachella?

Which creates a particularly acute responsibility for the organisers: after all, if there’s literally no way to escape whoever’s on-stage (and there isn’t - even in the tunnels through the walls) whoever’s on stage had better be worth hearing. And here’s where La Route really gets it right, programming a line-up that’s pretty much without flab - which is important when you’re putting on just eight bands a night (alongside the handful that play the free beach stage in St. Malo each afternoon).

Thursday’s a weird one. We’ve barely finished dinner (ah, France...) when PJ Harvey takes the stage, the jarringly early set time sending her black-clad band directly into searing sunshine with a performance much better suited to the pre-dawn gloom. Sure, the video screens do their best at redressing the balance with moody black and white, but a setlist this unremittingly dark can’t help but wither a little in the glare: ‘White Chalk’ doesn’t seem half as scary during magic hour. It’s still a great set though, albeit a familiar one, even if Harvey doesn’t really let go until a penultimate, shattering ‘To Bring You My Love’: even at slow-burn she performs several orders above most artists.

Pity then those artists that have to follow her: how the hell do you compete with a set that melds politics with history, folk with grunge and art with melody? With volume, obviously - Car Seat Headrest veer sharply from the downbeat introspection of their records towards compelling riffs and massive stage presence whilst Idles are as acerbic and bracing as ever, delivering a corrosive hour of jagged punk and biting commentary. (Thee) Oh Sees threaten hearing damage as usual, and as usual the (double-drummer aided) hearing damage is kinda worth it , whilst Hamburg DJ Helena Hauff plays a striking if chilly set of analogue techno, the field of shuffling, semi-rhythmic (we’ve all drunk a lot, ok) bodies a far cry from the still and nearly silent crowd that watched Harvey some six hours before.

The volume continues into Saturday with Arab Strap’s pleasingly coruscating performance, but there's a lot of beauty lurking within the noise - particularly when Aidan Moffat gets confessional. It’s a theme that continues through a dreamy, hazy Jesus and Mary Chain set, ‘Just Like Honey’ wrenching much of the crowd to stillness whilst a closing ‘Reverence’ cuts with its "I want to die" refrain as the guitars peal out to feedback, and then crystallises with Future Islands’ blur of emotion and sweat. ‘We’ve just flown here on a private jet’ says a still-stunned Samuel T. Herring, but the luxury hasn’t lessened the intensity of his performance, the rest of the band pushed to the back of the stage to escape his flailing limbs and that still-strange metal roar, not yet diminished despite 2200 shows.

The late nights, seafood feasting and glut of French wine are taking their toll by Sunday, but Angel Olsen proves a welcome salve, her searing and often disarmingly beautiful music only slightly offset by Yak furiously soundchecking behind. Ditto Mac De Marco: his laid-back lounge rock might be pretty lightweight but the man himself is great fun, crowd-surfing out to hug audience members holding aloft signs professing their love and drawing out a cover of Vanessa Carlton’s ‘A Thousand Miles’ until it becomes almost stressful.

And so to Interpol, the weekend’s main draw after PJ Harvey and by far the most anticipated set: the festival was one of the first to really get behind them back in 2001 so this Turn On The Bright Lights fifteenth anniversary retrospective carries extra weight, as the screams that accompany the stage-lights shifting to that familiar shade of red attest. And in the main it delivers: ‘PDA’ and ‘Obstacle 1’ are as crowd-pleasing as ever, whilst the album’s deeper cuts still impress with their precarious balance of knotty tension and sudden release, the stark lyrical imagery framed by the swooping, stuttering and strangely-danceable rhythms. There’s mutters around that the band are phoning it in and that’s fair - this isn’t the most passionate performance - but it’s a tough ask for any artist to replicate the energy and conviction of the past: tonight they remind us (as if we needed it...) just how great this album is live, and that’s enough.

As for La Route Du Rock, this was another winning year for a festival that knows that less is so very often more, that personality and canny choices are worth so much more than sprawl and that the music - nothing else - is central. Sure, it can be great to go wander, to get lost in the far-reaches, but in truth when the organisers get it right you don’t need to.

What Searching For Sugar Man Teaches ...