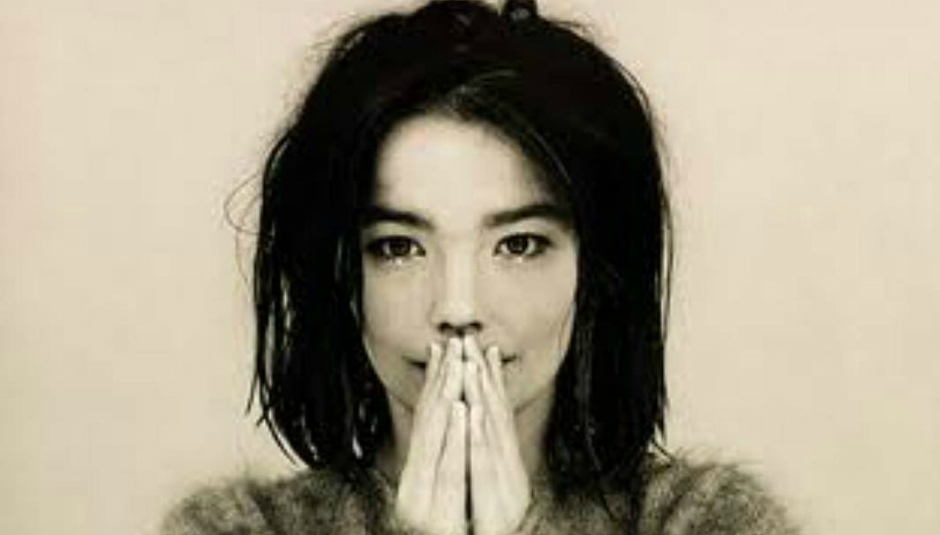 The Fangasm: Debut by Björk

The Fangasm: Debut by Björk

A few months ago, talk turned to the fact that international pop star Björk would be releasing a new album, boldly entitled Utopia. Straight away, it made me feel inexplicably excited, without any understanding as to why. Then I realised it’s because every time Björk surfaces like a majestic dolphin, breaking the water’s surface once more, it means that we are gifted something that isn’t diluted to the point of stagnation. It means we get something organic and interesting to listen to. It also reminded me of how I felt when I first discovered Björk’s body of work, specifically Debut.

From the moment I properly heard that crystalline voice, an instrument in its own right, the planets aligned. Or I really enjoyed it, at least. I was familiar with ‘It’s Oh So Quiet’ and ‘Army Of Me’ but it was the entirety of Debut that really captured my imagination. I’d first came across the album after a chance meeting with the music video to ‘Big Time Sensuality’ which was being played on MTV or something. With hair scraped into space buns and a manic expression of glee, vulnerability, and pure euphoria all combined, the black and white video follows Björk through one single, continuous shot, dancing on the back of a flatbed truck as it ventures through day-time, central Manhattan. It was the most hedonistic thing I’d ever watched or perhaps even heard. Maybe it was the concept of living on the edge and forcing yourself to enjoy life that struck such a chord with me? Or maybe it was because she seemed so invitingly free and happy.

‘Big Time Sensuality’ was the precursor for my infatuation with Debut; a genuinely addictive track whichever way you want to look at it, it gives a rush of headiness that I can only assume other people felt when dancing to it back when it was released in 1993. Björk’s impish vocal is fascinating in itself, flitting from shrill, helium-inflected harmonies to bizarre, chesty growls. And then there’s that line - “I don’t know my future after this weekend, and I don’t want to” - the clarion call for any hedonist. It was definitely intoxicating enough for me to buy the CD from HMV and hope to discover a whole other cluster of gems alongside it. Debut has a certain familiarity to it that makes it such a pleasurable listen, like a joyride from start to finish. It’s bookended by the funky, syncopated style of ‘Human Behaviour’, a David Attenborough-inspired track which focuses on the beastliness of humanity and how Björk herself seeks refuge amongst animals and nature, and ‘Play Dead’, a trip-hop indebted number which wasn’t included initially but part of a re-issue the same year of release. It’s then filled with a plethora of pure eclecticism, which gives into the notion that absolutely nothing was off limits during its recording.

In a recent interview, where she interviews herself (of course), she spoke about her relationship with flutes and in another, she spoke at great lengths about her relationship with microphones. Her infatuation with instruments and drawing out the odd within them has seemingly always been a prevalent theme. Taking a concentrated listen to Debut, Bollywood-strings courtesy of Talvin Singh pepper the sublime ‘Venus As A Boy’, Björk’s voice is bolstered by a harp on ‘Like Someone In Love’, hazy, lucid synths rain down on ‘Come To Me’ and jazz saxophonist Oliver Lake is drafted in for the most off-kilter of the lot, ‘Aeroplane’. It’s an astonishing palette of sounds, mediated through the veneer of dance music, which at the time may have been taking on all matter of guises. However, it’s that fundamental house pulse which is still the most crucial thing about it and it’s this pulse which is so artfully applied to Debut. It sits prettily amongst electronic music’s constantly shifting horizons, which can sometimes be loud, harsh, and obtrusive, largely thanks to the album’s main collaborator, Nellee Hooper, who had an arsenal of dance hits already under his belt having worked with acts like Massive Attack and Soul II Soul. His talent is imperative to Debut’s acclaim, fusing the experimental and the commercial with ease and giving a cautious Björk plenty of room to breathe.

Looking back at the video to ‘Big Time Sensuality’, after listening to the album, I realise it’s quite an invasive video on her behalf; there are times where she is so close to the camera that it threatens to occupy your personal space as well as her own and, of course, that was her sole intention, throwing herself and the viewer out of their comfort zone. It mirrors Bjork’s own trajectory at that time in her life; leaving the internationally acclaimed band The Sugarcubes, armed only with songs she had written in her teens, completely shifting genres (punk to dance? no biggie) and then relocating to London to connect to the music that truly stimulated her such as electronic beats, acid, Brian Eno, and 808 State. Her refusal to be bound by certain limitations, the determination that she was going to pursue something that was desirable to her and her only, her almost child-like curiosity that got the better of her, her need to innovate and tantalise… it was building the foundations of the other-worldly artist that we know today. This is the trait I most value in Björk; her main reasoning for shrugging off the shackles of guitar-driven rock was because it was simply too outdated for her. Banal, traditional, predictable…it was chugging along at a pace which didn’t quite have the innovation of other genres of the time, specifically acid house. In 1993, she stated that she felt house music was "the only music where anything creative is happening today."

The themes behind Debut were understandable given the circumstances: alienation, discovery, excitement and intense feelings of love. Every feeling bubbles throughout the album, amplified by the clarity of emotion her voice brings. It’s a great impetus for sparking your imagination and presenting itself with an endless scope of imagery. Like on ‘There’s More To Life Than This’, you can just imagine this mischievous, Icelandic pixie making her way through a 90s house party, walls throbbing with the sound of techno music, sneaking out beyond their parameters to discover new life. For an album that was released in 1993, two years before I was born, I can only speak of the profound effect it has on me as opposed to any kind of cultural impact I would have witnessed. As her best-selling record to date, it reached no. 3 on the UK charts and performed way beyond her label’s expectations. It split opinion, winning NME’s Album Of The Year but then hailed as “utterly disappointing” by Rolling Stone, whilst another critic described it as the “monotonous plinking of a deranged music box.” I take that as a signifier that Debut truly shook things up upon its release; only special albums such a polarizing effect.

Whether it paved the way for more dance-pop albums to be accepted or whether it gave people another excuse to affectionately title certain female musicians as “quirky’, Debut is a celebration of working with all the elements you have around you instead of looking to the past. Björk is at fully-fledged artistic indulgence now and she knows exactly what she wants but it was back when she had a wide-eyed naivety and thirst for adventure that resonates with me most. What can I say? I’m a sucker for a pop song. To make a record that fuses so many avant-garde elements but still retains so much accessibility through the sheer joy of living and existing is a merit in itself. To this day, there is still nothing that sounds even remotely like it.