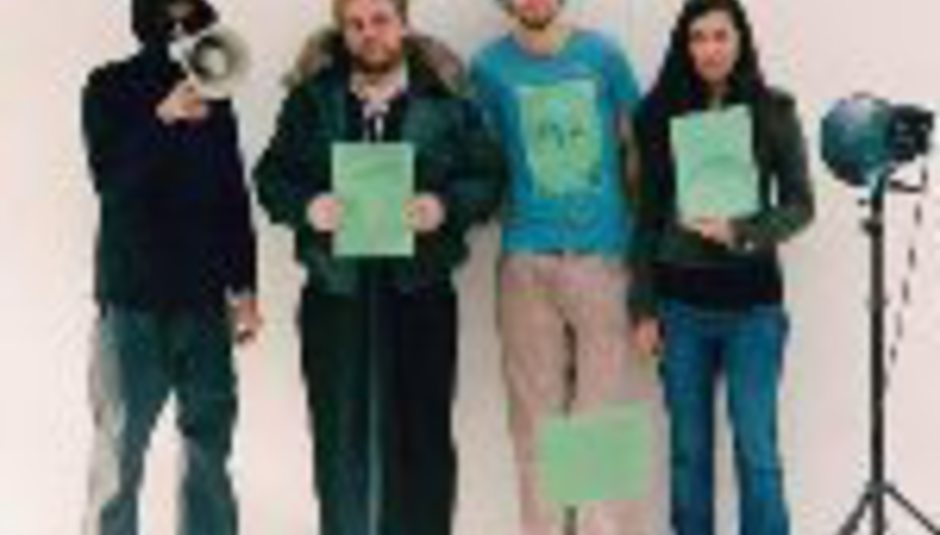 One would imagine this is what you've festively been waiting for...

We've built this and built this like a really annoying, teasing film. Thankfully this one has a joyous ending for all concerned.

We're incredibly happy, excited and proud to announce that this year's big Drowned in Sound Christmas Party in aid of Shelter is to be headlined by our breakthrough artists of the year Guillemots.

The last time we put on a show by this particular band, you may remember it being at the Notting Hill Arts Club on a Saturday afternoon - a free show, no less - so this is a little different. 2006 has seen the band rise and grow and go on to headline two sold out nights at London's Astoria, play an extensive European tour, make waves across the Atlantic Ocean and release one our standout favourite albums of the year in Through The Window Pane, an album that has gone on to be certified gold in the UK.

Having asended at the speed with which they've displayed, it's very exciting to have the band playing to a venue a quarter of the size they've been headlining, for a one-off special performance.

The band have helped us to choose the line-up for this year's event, as well as approaching bands and lending a helping hand along the way.

Once again, we'd like to remind you that all profits from the event will be donated to the wonderful folks at Shelter, alongside a 50p donation per ticket being made by the also-quite-wonderful people at WeGotTickets. Where is the love? HERE.

Make sure you're down for the night, you may be a little surprised by who else turns up to play...

BUY TICKETS! BUY TICKETS!
(There are a very limited number of tickets remaining)