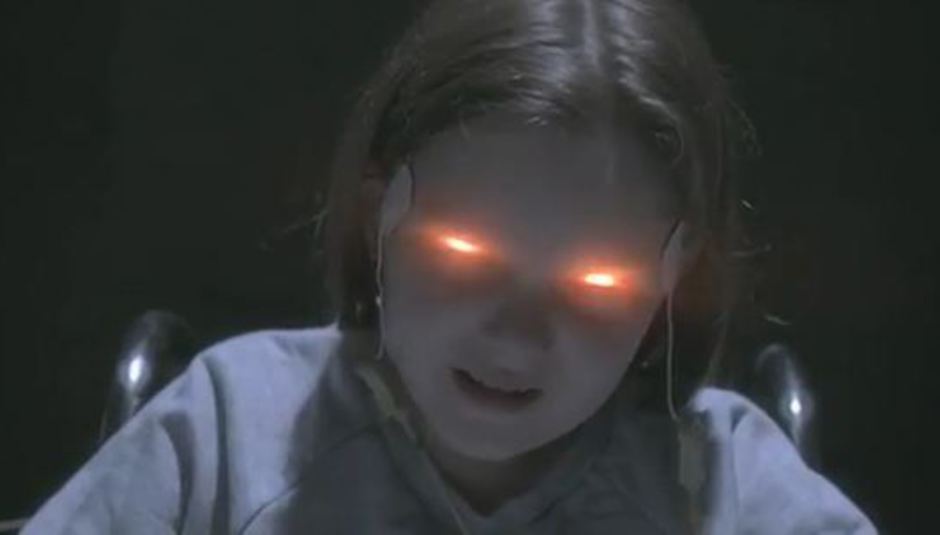 Hey hey. Just to let you know that all the videos are now…

HERE ON A MEGA-YOUTUBE PLAYLIST

…which means that not only can you watch them all in one fell swoop, but that this page will not take forever and ever and ever to load. Good to music video efficiency and general brilliantness, bad for people who really like the fact that flash crashes all the time and also bad for people who maybe have an excellent computer and are smug that everyone else’s crashes whilst their’s does not. The general gist is that playlists are good things, we’re helping loading times, snobbery and making people more productive.

Of course, I don’t want to tell you how to read this article…BUT YOU COULD put the text and the videos next to each other left and right, bit like checking twitter in the cinema. Actually, don’t do that. Twitter in the cinema that is. That’s just rude. I don’t care how much you thought Prometheus didn’t make sense, just wait until after.

Find it here
Click the link and you’ll find yourself in a number of well sound-tracked environments. You guide the torch to illuminate the rather lovely animated scenes. This controls the music and sound and a number of other animations. It’s really clever stuff (250 audio-visual layers and 50,000 lines of code). Cleverer even than the fact that Han and Chewie always know what each other are saying. It’s also really lovely stuff. The slight stop motion feel is reminiscent of old pre-rendered video games that I really liked as a kid and Vessels’ melodic post-rockyness drifts from ambient to forefront with snake-like subtlety.

Find it here
This piece is more for those who like an occasional reminder that the internet knows more about you than George Osborne knows about finances. Okay, bad example.

Simply violate your own privacy by giving the video access to your Facebook account, and it’ll bring personal facts about you into the story. YOU’LL HAVE A ROLLER COASTER RIDE, before feeling sick about how many things you didn’t want it to bring up that it did. In my participation of this video, I effectively left my girlfriend to get hit on by the singer of MNDR and become DJ SAM HILL. Another life, eh?

It’s not nearly as nice and benign as The Arcade Fire’s Downtown thing by Chris Milk, which if you haven’t done, you should totally do right now.

As mentioned, you'll find all of these in a playlist over on youtube.com/drownedinsound HERE

Peter Serafinowicz directed Hot Chip’s I Feel Better video before this. That has a giant floating head, space Ghandi who can kill people with laser breath and a boyband. THIS IS NOT MORE NORMAL. It is not any way more normal. I suppose that was to be expected from this man.

Basically, Terence stamp, Reggie Watts, Lara Stone and some monks are trying to bring some aliens together. It looks fab, Hot Chip dance and Terence Stamp mimes “quit your jibba-jabba”. Underneath the YouTube video is says:

"Many animals were harmed during the making of this video. Regrettably, none of them made the final edit." P. Serafinowicz

The video to arguably one of the bands of the year looks fantastic and has a real sense of Polica’s floaty medolicassity (yes, yes, I know I’ve invented a word...). Shot in one room, the artistic canvas that it presents is totes surreal, but the real winner is the choreography by Yemi AD and the costume designer Huyen. Part exploration of aging and interpretation of death, part artistic conception. Yes, some will dismiss it as a little pretentious, but it has elegant substance. Anyway, we can’t always have fabulous comedy-skit videos…

…or can we? Bainbridge back at the helm, this time co-directing with Daniel Brereton. Kindness (and his videos) is still a love or hate thing. I used to be hate, and then gradually defected to like. He’s great live and whilst the videos might retain a slight edge of overt hipster-ness for some, they are genuinely funny. This one’s great, even if it’s just to see Bainbridge being put down by 10(?) year old Ramone. It’s also a fantastic homage to Leonard Bernstein’s appearances on Omnibus. It’s brilliantly thought out, very simple, amusing and they kind of struck gold with that kid. Also, gear nerds like me get to see a Korg Poly-800 and a kid describe it as "scrambled notes".

How seriously does Twin Shadow take himself? It’s probably not best to think about it. Does the fact that this video for Five Seconds (and subsequent ones) is based on a short story he wrote make it amazing or completely ridiculous? Either school of thought can enjoy this video. It’s either hilarious, or a poignant post-apocalyptic tale of gangs and motorcycles. There’s a really bad high five. Good stunts though.

Okay, maybe not the best video ever, BUT it’s got other merits. Like how it tries to narrate as much as possible what Nas is saying. And how it makes you feel that Nas is a terrible father that you’d be proud to have as your own.

Delightfully freaky. Made by French collective CRCR, it’s got a morphing, grotesque quality not unlike this. It’s got a top-notch VHS style grade on it, which makes it seem a bit like The Ring sometimes. This follows on from Midnight City. The song is slightly less good, but the video is still epic. Psychic kids with mega powers being chased by mysterious men in black cars, and one of them picks up the car and throws it at the kids, but one of the kids throws it back at them and BOOM!!! RAD!!!!! There’s a lot of lens flare and they may or may not be angels.

Sure, it’s really overblown and sponsored by Nokia, but who cares. It’s not like their telekinesis comes from using a certain type of phone a lot, unlike those guys who think they know everything because they’ve got an iphone.

For fans of Rollerball and Speedball 2. It’s the future and the sport is a mixture of baseball, hockey, rugby, motorcross and whatever else. The story is all done in true underdog style. Speedball 2 actually had epic music that was much better than Justice’s, but the graphics were not nearly as good.

This must have been a MASSIVE budget (another corporate sponsor – this time Red Bull). It looks incredible. Another top trump from the directing duo mainly known for including a lot of womanly nuddy bits into their videos.

Some videos are just perfect because of the idea at their genesis. Chinese whispers on film. Fabulous!

Startling animation work. If you’ve ever decided to watch all of Neon Genesis Evangelion for no readily apparent reason, you’ll probably love this.

If you still want MORE music videos the you can find last quarters roundup here as a lovely YouTube playlist also.

Anything I’ve missed? Anything you hate that I love? Vent opinions below and I can make disturbingly witless and unintellectual ripostes!

I’m on twitter here and I produce the BBC Music Video Festival which you can still submit videos to until 1st August 2012. You can see videos from it on BBC Big Screens and on www.bbc.co.uk/music in September.