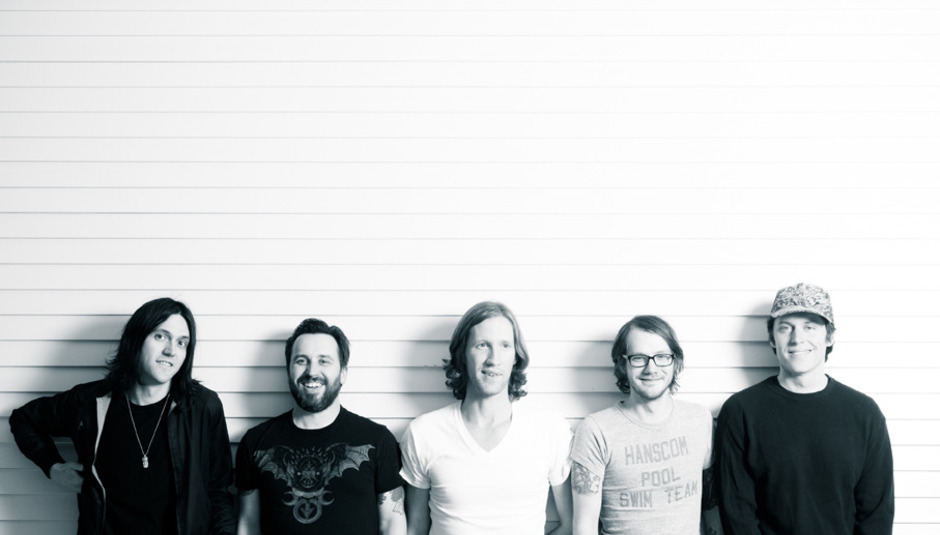 Please note, due to overwhelming demand, this gig has been upgraded to the Electric Ballroom.

The other week, our friends at Songkick told us about their new Detour initiative, and how they'd like to try out an idea...

In essence, Detour is a way of fans demanding that an act they love comes to play their town or city. Rather than frustratedly posting "Come to Buenos Aires!" on everything the artist posts on Facebook, fans can stick their money where their heart is, and then try to convince fellow fans in the local area that it's a good idea. So far Songkick have already done things like a show with Hot Chip in Folkestone and taken Andrew Bird to parts of South America that he probably had no idea anyone would have a clue who he was.

Songkick mentioned that they'd like to see if this idea could work another way, and we said something, and they said something else, and a few beers were sipped and then a few days later Detour London appeared on The Internet! The idea was simple: pledge to buy a ticket to see a band you love play in London, and if 50 people agree to cough up pledge, then Songkick will contact management and try to make the show happen. In short, it's a lot like your own personal Waynestock!

Like many DiS readers, I absolute adored Desaparecidos' (fronted by Conor Oberst/Bright Eyes) debut album of party-political-Pixies-pop of Read Music / Speak Spanish, when it was released back in 2002. A decade passed, and they never came to the UK?! So, when I spoke to Songkick, they seemed like the perfect band for this Detour idea, and lo! the DiS community agreed. Within 48 hours, 50 people had pledged to buy tickets, and Songkick contacted their management, and now, the 10 year wait is official over: a gig is actually happening. Something that was just a nice idea over a pint is now a reality, with tickets now on sale and a poster and my faith in humanity restored and everything:

...and here's the confirmation email my fellower pledgers and I received from Detour yesterday: Check back this afternoon for an interview with Ian from Songkick with more about the Detour concept.

Who would you like to bring to London next? We have a few Detour invites for DiS users to give it a whirl.