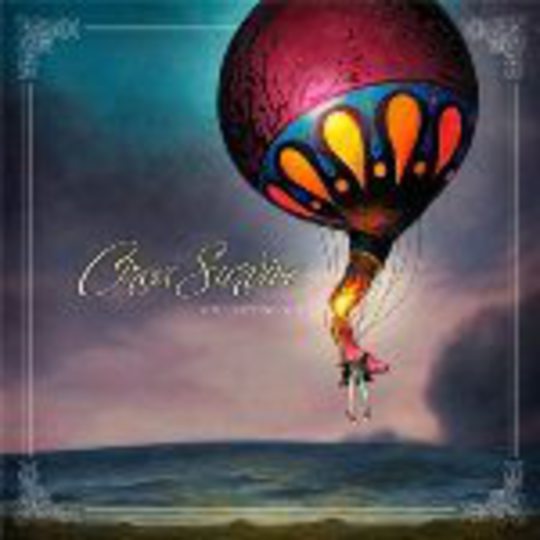 So much for the ‘tricky second album’. Circa Survive laugh in its face, grabbing the gauntlet with eagerness.

On Letting Go isn’t just a strong follow-up to Juturna, it’s a revelation. It’s easily one of the best albums of the year so far, a sky-scraping realisation of Circa Survive’s talent and intelligence. Beautiful, intense, powerful - this is the sound of emo grown up and old, wisdom accrued.

Radiohead, Muse, Coheed and Cambria, Mew, the Mars Volta - this record blends them all together and emerges as an individual, borrowing bits of prog and delicate indie and cranking up the volume. Former Saosin vocalist Anthony Green screeches high up in the register, set free like never before, stretching for each note as though his life depends on it. He’s too passionate a singer, too fired-up, to be called ‘angelic’, but it’s only the brooding, slashing riffs behind him that keep his voice tethered to the earth.

Circa Survive’s cover art again implies floating through the air, and it’s a perfect visualisation of how you feel when listening to On Letting Go. Swept up into the clouds, racing over landscapes, rocketing up, plunging down, hurled into electrical storms.

Structure is still prevalent, and songs like ‘The Greatest Lie’ and ‘The Difference Between Medicine And Poison Is In The Dose’ start easily and then thunder into squealing choruses - this is the sweetest pop, but with firecrackers attached. The prog influence emerges more in songs like ‘Kicking Your Crosses Down’ - which flits between uncertain, eerie codas - but even here there’s a reassuring melody waiting around the next corner.

If there’s one complaint about On Letting Go, and it’s bloody hard to find one, the shrieking combination of riffs and Green’s voice is utterly unrelenting, which can get tiring and headache-inducing, like a woodpecker bashing at your temples. To that end, On Letting Go could have been trimmed of a song or two, brought down to ten tracks, and still triumphed. But heaven knows which songs would go, because every single one of them warrants repeated listens, secrets crammed into every crevice.

In short, this is a masterpiece.