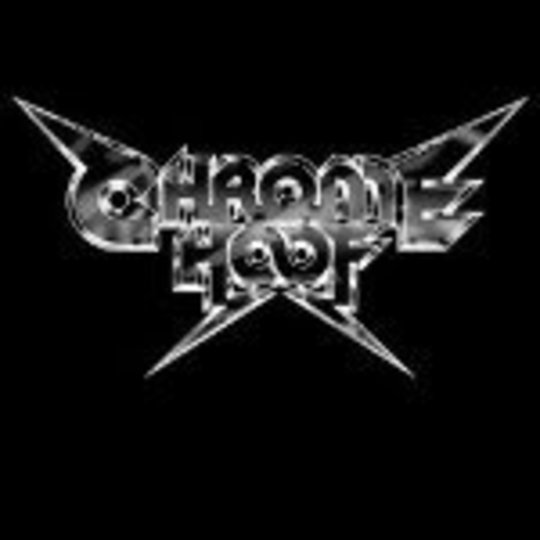 Ordinarily, the idea of prog-metal disco played by a motley crew of spangly cape-wearing barnpots might not sound like the most enticing of prospects, but London collective Chrome Hoof make it seem a bit special.

Started in earnest in 2000 by brothers Milo and Leo Smee (of veteran metallers Cathedral), the band later mutated into a sometimes ten-plus troupe of carny freaks with a taste for the esoteric. With Leo’s sludgy rock roots and Milo’s background in acid house and disco, the pair butted musical antlers until they hit upon the kind of deranged hybrid you can imagine Mike Patton skipping around his greenhouse to, attending to various exotic plants and whistling merrily. Following a series of EPs, a debut full-length offering four years ago, the patronage of Test Icicles, Andrew Weatherall and Klaxons, and a growing word-of-mouth buzz about the unhinged circus that is their live show, Pre-Emptive False Rapture witnesses the culmination of years of experimentation and deserves to introduce them to a wider audience.

First song proper ‘Tonyte’ is like a jacked-up Do Me Bad Things if they had traded their soul for dirty funk ‘n’ roll, and bears an odd but catchy-as-flu refrain that, despite repeated plays, still sounds like they’re singing, “let’s haul Gary Bushell in a bubble”.

What the diminutive beardo prat has to do with anything though is anyone’s guess. The actual lyric is probably odder still, mind. Kerrazy kooks.

The swelling cacophony of the brass section repeatedly steals the show here, blazing a path back to the imagined stratospheres this alien music originates from. The stomp and pout of ‘Circus 9000’ is another standout, exhuming the ghost of Tina Turner doing ‘River Deep, Mountain High’ a million years ago but with Sun Ra on backing. Things take a turn for the macabre from the midpoint of ‘Moss Covered Obelisk’, summoning images of giant metallic lizards, space-age black masses, and soul-eating wizards who like to cut some rug.

Just when you’re easing in to the relative comfort of the dominant psyche-funk groove, the ‘Hoof hurtle off in unexpected tangents. The disco doom grind of ‘Death Is Certain’ ups the dementia ante, with guttural growls and helium shriekage facing off for three minutes before an interlude of chirpy brass parps momentarily interrupts then shuffles off again. When the Beefheart-esque supermarket jingle jive of ‘Astral Suicide’ ushers itself in on a wave of frantic synths and bonkers barking you’ll be forgiven for feeling a tad unsettled by it all.

For all their novelty trappings (live they’re accompanied by a seven-foot metallic ram - the band’s Eddie-style mascot), Chrome Hoof retain a child-like, anything-goes sense of invention that avoids any danger of their appeal being short-lived. There is actually so much juice squeezed into these tracks you’ll be salivating for more afterward. Pre-Emptive False Rapture may be crazier than a shithouse rat but the fun, adventure and variation on offer make it one that should be welcome in any open-minded home.