Once Upon A Time In The West 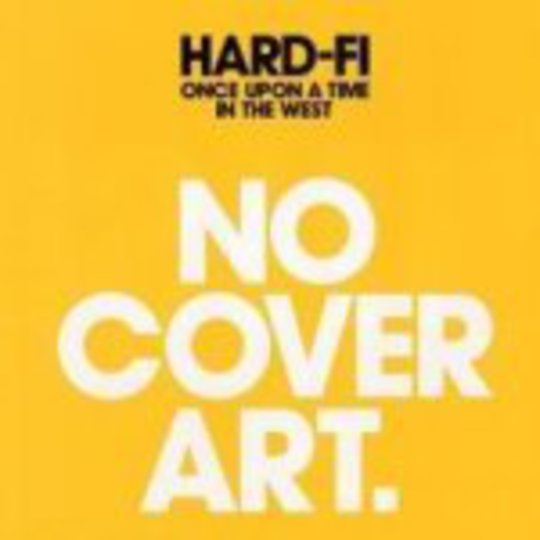 It’s that classic, age-old problem: your fame and fortune is derived from the situation and circumstances you come out of; suddenly, in the case of Richard Archer – chief architect and frontman of* Hard-Fi *– there’s no worries about phone credit, the last tenner in the bank or any other troubles that affect the average man toeing the weekly financial line.

With Hard-Fi, it’s seemingly a case of ‘plough on regardless’. Their audience, the ones who ate up tales of living for the weekend and tribal drinking, are still there, so why ignore them? The only apparent change is that Archer clearly feels a more sombre record is in order, perhaps penance for dragging himself upwards and outwards. Inevitably, though, a myriad of problems follow.

The only musical aspect of_ Stars of CCTV_ that was remotely interesting – if hackneyed – was that blatant appropriation of the likes of Daft Punk (the sound of the bathroom door opening and closing effect; you know the one). So, while the less-than-poetic portrayals of ‘outsider life’ (even though most of us live in your glorious suburbs, Richard) remain, the previously palatable musical vehicle for its delivery has been towed away.

So you have the crunching, Clash-lite likes of ‘Television’, a satire on reality TV and general front-room sloth which sounds like the pith that Robbie Williams was spewing out (with a lot more amusement) five years ago. Worst of all, the lyrics “Television, new religion, hallelujah” are a biting statement about 30 years out of date. Then there’s the mercifully short ‘I Close My Eyes’, which is a bludgeoning rock ear-sore that really could have done with never being heard by anyone. Even the lead single, the outer-London battlefront-marking ‘Suburban Knights’, fails to ignite as before, relying on gang chants and a proliferation of “ooo”s and “aaaah”s to mask its undercooked nature.

And the songwriting - or at least the ability to create solid-gold singles - on_ Once Upon A Time In The West_ is a big problem; the choruses aren’t as belligerently catchy as before, although ‘I Shall Overcome’ will probably be a staple on the radio with its Timberlake-esque acoustic guitar squirts and e-z-shoutable refrain. On the whole, though, as manfully as they try with the parping horns of ‘Can’t Get Along’, the barely-there ska of ‘We Need Love’, or the studied balladry of ‘The King_’, nothing ignites. In truth, some credit must go to the band for attempting to mix up the music; there’s an attempt at progression. They are hamstrung, though, by the problem that, whatever the musical variation, Richard Archers’ vocal delivery offers no dissimilarity. A doleful holler for the most part, it bludgeons indiscriminately over everything, regardless of tone or tempo.

Sometimes something interesting does crop up: ‘Watch Me Fall Apart’ sounds like late-Britpop disappearing act Rialto, while ‘Help Me Please_’ is a bright light, an affectingly downbeat lament to the family traumas that overshadowed the band’s first throes of success. It sounds like a Noel Gallagher track circa way back when.

The aforementioned _‘The King’_ is a string-laden lament on changing times and love in their small pocket of the world, and it’s better than most of the songs that precede it. But it’s not enough to pull Once Upon A Time In The West out of it’s own lumpen mediocrity. Perhaps, on album three, the band will alter its sights above unimaginative meanderings of small time strife and sweeping, ham-fisted statements of global politics. Then they might be saying something worth hearing about.

Be Good Or Be Gone