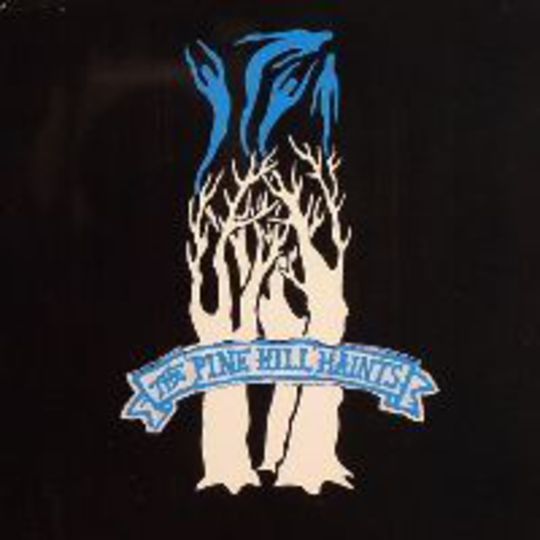 You have to love those rare bands capable of injecting some fighting spirit back into genres most washed their hands of decades ago. Black Lips are one such band and now, with their latest K Records release, The Pine Hill Haints prove themselves to be another.

The Pine Hill Haints are a band seeped in the tall tales and music that’s long defined the lower Appalachians of their birth. They play what some would call a riotous backwoods blend of country, bluegrass, honky-tonk and blues. The band themselves simply call it ghost music: a sound they believe to be dead in the modern world. Morbid sounding it may be – even their name derives from a cemetery – but the result is charged with a blood-boiling energy that far outshines anything peddled by those ascribing an alt. prefix to their country music.

Opener ‘Spirit of 1812’ _explodes out of the gates with the band pounding out a speeding train-like rhythm on everything from a washboard to a washtub bass (yes, a washtub bass) while band leader Jamie Barrier yelps out with his yodel like tenor _“Like the Spirit of 1812, they’ll never catch me again”. It’s a bold, lively declaration of intent that runs rampant throughout later songs like the standout ‘Garden of the Dead’, a screaming stomp of an ode to cemeteries signed off by a hyperactive banjo and rasping vocals.

Some may argue The Pine Hill Haints are just a bunch of traditionalists. A group of musicians merely replicating sounds best left to the history books and wizened specialists to enjoy. But that would be failing to grasp what’s really happening on Ghost Dance. This isn’t music aimed at the old grey matter. This is music aiming straight for the gut. It lives purely in the moment, rocking and rolling around to its heart's content, caring little for trends, fads and all the other concerns that bog down so much of what we consume as music today. And it does so with an unabashed lust for life. Which is something we all need the occasional shot of in these plastic filled days.

Forever On The Edge