It's Over Now / Formation 2 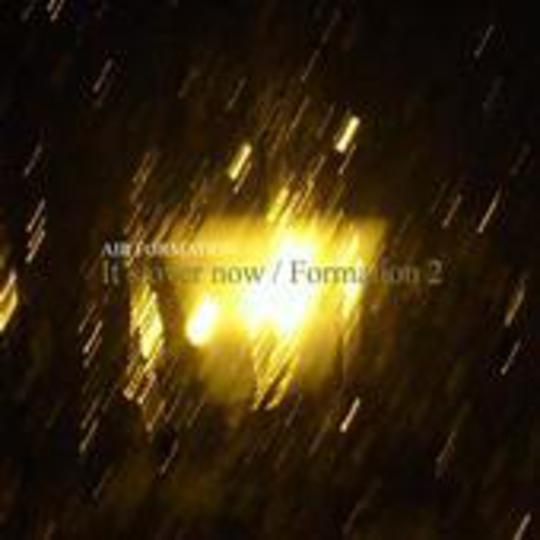 If it's consistency you're looking for, you're probably someone that drinks pints of John Smith's Smooth, eats tins of Heinz baked beans by the dozen and reads _The Independent _at least once a week. Likewise, your choice in musical entertainment will also be something trustworthy yet effectively stimulating at the same time. If this describes you, the chances are you probably won't have heard of Air Formation as you're already settled in your better-than-average routine.

What you would be missing out on is a band that lives, breathes and eats consistency 'til it floods out of their ears. What they don't do, however, is just carry on in the same vein forever and ever_ amen_. Instead there's a determination (some might call it ambition, but we'll leave that to the careers people) to go one better with every subsequent release - difficult admittedly when you've already created one of the year's best albums - and on this double a-side Air Formation once again pull out all the stops beyond any previous or stereotypical expectations.

'It's Over Now' is more of a melancholic, downbeat affair compared to their other releases; partially reminiscent of Slowdive's 'Alison' in places, but undeniably Air Formation if only by the way Matt Bartram's vocal seems to conduct the sonic swoops and troughs that accompany it like André Previn in a flotation tank.

Flipside 'Formation 2' is a dreamy instrumental epic that mixes shades of Porcupine Tree ambience with the sensibilities of a David Lynch eight-part serial score.

More importantly, both tracks veer off in opposite directions to each other, and once again hint at possible new directions for the band. The good thing is that, judging on their past track record, both you and I know that by the time Air Formation get around to recording their next opus they'll have moved on somewhere different entirely... grand.