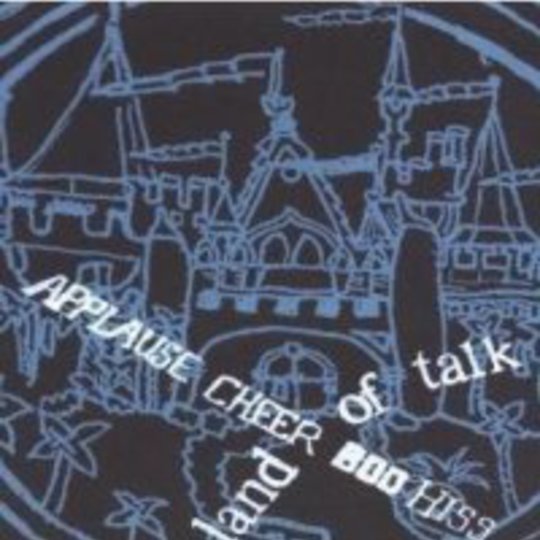 Land Of Talk appeal to a very particular sort of indie-rock fan. I can picture him – and it is a he, don’t even dare to think otherwise – but I wouldn’t want to go so far as to name names. Suffice to say that this Montreal three-piece have been compared to a couple of acts a lot in the past, and both are high up on this kid’s favourites list; it’s in her vocals, it’s in his drumming; it’s so obvious that to state it for the record would be entirely condescending.

Of course, you could beg to differ; you could argue the point that LoT’s UK debut – their EP of last year fleshed to ten songs by a trio of bonus tracks – is likely to find itself in a pigeonhole courtesy of lazy reviewing rather than any actions on its own part. And you’d be welcome, too; everyone likes a little discussion, especially when the record concerned seems entirely one-dimensional even a dozen listens in. (Yes, twelve. At least.) Wrong you’d be, but please: don’t let me stop you fighting your corner here.

Traditional three-piece format band playing accessible indie-rock with big hooks in all the right places; weirdly misshapen female vocals that could be considered sexy if ‘breathy’ is your thing; domestic debut release that arrives rather later than it could have, undoubtedly off the back of great press elsewhere and, probably, a few SXSW shows notable for industry presence. Anything adding up for you yet? If not, you might as well click away now and laugh at crying children, as clearly you’ve no concept whatsoever of Canadian indie recent past and present.

But – was this but telegraphed enough for you? – there’s a twist: Applause Cheer Boo Hiss really has been on a lot lately, so something must be right with it; most must-review-release CDs get a couple of full spins, max, before an opinion is proffered (oh come on, there are fucking hundreds of these things to get through), yet this has been a mainstay, at home and at work. Perhaps there’s something subliminal buried beneath these heard-it-all-before songs, a tiny voice nagging away: “the next one will be a winner, you’ll see… don’t be so quick to judge, you backlash lover, you”.

Maybe – just maybe – there’s life in these old bones yet, then. They’re far from animated enough here – dancing enough for only a very accepting and resolutely conservative audience to be entertained by – but with a settled line-up in place and a blossoming profile on both sides of the Atlantic, Land Of Talk could yet surprise the sceptics. Applause is old news, lest we forget, released Over There last year; if the next record is delivered post-haste, well…

...Then your fight will have been worth the time and effort.

Helios! These Are Instructions