Isn't This Supposed To Be Fun!? 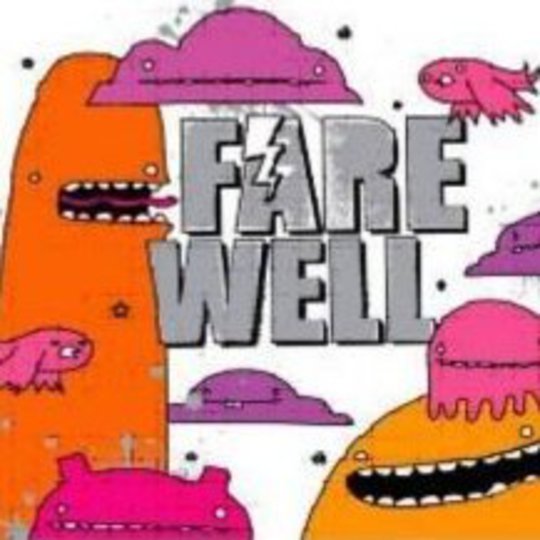 This modern scourge of “for fans of…” stickers. What a depressing era of recorded music history we’re living in. “Say hello to Farewell,” this one says. “These power pop newcomers are determined to put the fun back into rock. For fans of: Motion City Soundtrack, Hellogoodbye, and Say Anything.”

Even ignoring that Oxford comma, what a horrendous sticker to slap on the front of your debut album - a sticker that says, clearly: “Beware: nothing original to be found herein. Contents sound like countless other acts.” Worse still, it’s a kick in the teeth for Motion City et al’s fans, suggesting that they will struggle with anything other than music from the same genre.

Yeah, good one, Epitaph. The truth is that, yes, Farewell sound like all of those bands, with lashings of Blink-182 and early Fall Out Boy thrown into the mix, and they’ve even covered their album sleeve in Hellogoodbye-style 2-D cartoons. However, they execute their shtick well: Isn’t This Supposed To Be Fun!? is polished, catchy and energetic, crammed full of songs that any of Farewell’s contemporaries would be only too happy to include on their latest albums - especially the middle couplet of ‘Eighty-Eights’ and ‘Zelda’.

But it’s tiring having to regurgitate the same stock phrases about music like this; music that’s utterly unchallenging. It’s nothing more than well-made but disposable pop, and the kids who listen to Farewell should be gently encouraged, once they’ve had their fix, to test out choppier, more uncertain waters too. There’s nothing wrong with pop in moderation, but a diet solely consisting of this kind of music is unhealthy. So please, ignore that sticker.