Searching For The Hows And Whys 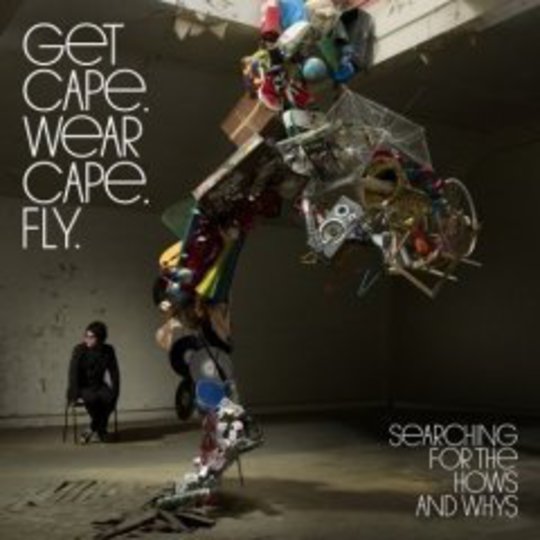 Can one song destroy an album? Usually, no: even some of your favourite albums of all time will have a dud track on them. But planted slap-bang in the middle of Get Cape. Wear Cape. Fly’s second album lies ‘I Could Build You A Tower’, a gut-wrenching, cringe-worthy song of preposterous preaching, where Duckworth jettisons subtlety in favour of fuzzy clips of newsreaders reporting on various high school shootings, while he moans about worldwide conflict. If only we’d all talk, he suggests, everything would be okay.

It’s like he’s lost his mind. Skip onwards a couple of tracks to the gorgeous ‘Moving Forward’ and you’ll gain sweet relief. But back there, for just over four minutes, he got on his soapbox and patronised the hell out of us. So which is the real Sam Duckworth?

For the most part, Searching For The Hows And The Whys is performed by the songwriter’s much more likeable persona, and at times it’s a really, really good album, full of strong choruses that get catchier on each spin. Opener ‘Let The Journey Begin’ is a fully formed single, while the gentler cuts of ‘Young And Lovestruck’ and ‘Postcards From Catalunia’ manage to tug at the heartstrings without sounding saccharine.

But you’ll need patience to come to these conclusions, because on first listen, it’s truly galling how little Get Cape have moved on and developed. When he first appeared, Sam’s acoustic guitar and box of tricks were enough to mark him out as a talented individual - the minimalism was what made him special. But isn’t it wrong that his palette is still so limited?

Searching For The Hows And The Whys maintains the tinny etherealism of Get Cape’s debut, rather than bursting with new life and vigour, and as a result it all sounds fluffy, vague and grey. He’s stuck with his ‘sound’, which is his prerogative. And it still works. But ultimately it’s tough to shake the feeling that you’ve heard all of this before.

It’s such a shame, because even that atrocious song in the middle can't override the fact that this is a well crafted and enjoyable album, easily good enough to please Get Cape’s fans and label bosses. But he’ll need to expand his range next time if he wants to keep people interested.