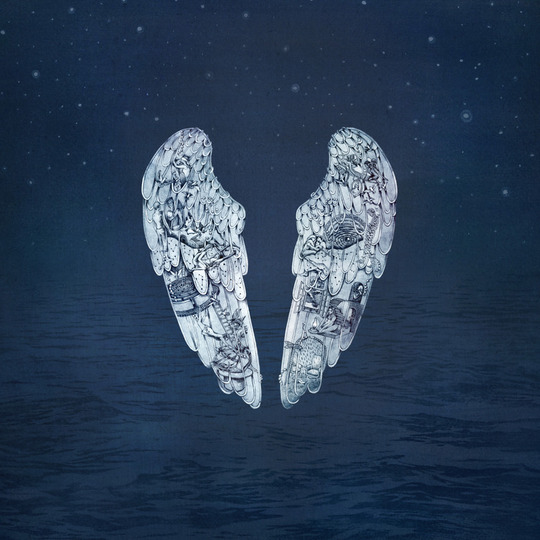 I like Coldplay in the same way that I like clouds or blue whales or Resonance FM – they seem like a far off phenomenon that doesn’t really have very much to do with me, but I think I’d be sorry if they were gone.

Ten years ago everyone - everyone - seemed to be either tentatively enjoying A Rush of Blood to the Head or had, at least, expressed grudging admiration for the band’s 2002 Glasto headline slot. But the last time I had a discussion with anybody who was really ‘in’ to Coldplay was around the release of X&Y, the record that pretty much did for whatever fillip of indie cred they may or may not have had left (and I know that’s a pretty half-arsed attempt at scientific empiricism, but seriously, I find it odd that I don’t know anyone - anyone - into the biggest band in the world when I know people who’ll confess to loving the most awful things). Coldplay have left indie behind, ascended to a strange, category-of-one pophood – they play stadia, not festivals; it would be weird to see them at a festival, contextualised by other bands – they are simply Coldplay.

And despite the ravages of the internet, the scorn of the music press, the unassumingness of the band’s members, the constant shifts in their sound and the vagaries of casual pop fans - who one assumes to be Coldplay’s core audience – they remain massive. Their last two albums both went quadruple platinum, their singles hang around the charts for aeons. And I’m kind of glad they’re there – they’re just four quite normal seeming blokes, who have survived massive success relatively unscathed, who give every impression of doing nothing more or less than making the music they genuinely feel like making. The people who get really angry about Coldplay remind me of people who get angry about sex changes or gay marriage or halal chicken or people talking in foreign languages on public transport – a sputtered ‘how dare you?’ at something that’s not really any of their business.

Certainly their last album, Mylo Xyloto, has to be hands down the gutsiest record made by a stadium rock band in the last decade – where dilettantes like blokey out of Muse opt for voguish dabblings with dubstep or autotune, Coldplay basically had the sand to make a bona fide young person’s pop album (or their approximation of one) purely, one imagines, because they genuinely unabashedly love that sort of music. It had Rihanna on it n’all.

And here's another wilful swerve as we arrive at Ghost Stories, a set of polished, skeletal electronic ballads that I swear has no hits on it (though it’ll probably be responsible for some sort of global shortage of whatever they still make CDs from). It seems to largely feature singer Chris Martin baring his soul in broken-hearted way – presumably the songs are about Gwyneth Paltrow, a fact that has made some people very excited (oooh, a song about a famous person!) and some people very angry (as if singing about his movie star wife was tantamount to writing a concept album about foie gras). Essentially it’s a bloke singing about how sad he is – that’s the size of it.

So these songs. Coldplay have spent a lot of time playing with synths over the last ten years, and when Ghost Stories really works the sounds are absolutely sublime: the crystalline tinkling and seraphic electronic choir that ushers in opener ‘Always in My Head’ is so perfect I half wish it was the whole album (and the band must have thought something similar as it’s reprised as a hidden track); the coldly mangled shards of piano that flurry round and then bury ‘Midnight’ are as majestic as heavy snow under moonlight; ‘Another’s Arms’ has the wide-eyed austerity of an Austra ballad; and ‘Oceans’ builds from mournful strum to a spine-chilling electronic drone outro that points to the tricks the band learned from Brian Eno a couple of records back.

This is possibly the worst comparison ever made in music history, but on more than one occasion Ghost Stories reminded me of a sort of posh, minimalist cousin to The Cure’s Disintegration - both in the lushly melancholic synth textures, but also something in the tones Martin adopts – much as he breaks out some killer falsetto at the appropriate junctures, his default voice is an affectingly weary half mutter.

In case I’m making Ghost Stories sound astonishing, I suppose I should point out that it’s not. It feels like the expensively-produced sibling of a great hypothetical Chris Martin solo album, one that would have been raw and lo-fi, that grated through your soul like Tonight’s the Night or Hissing Fauna or The Boatman’s Call, all instinctual and fucked up. Instead you can feel the thought and polish that has gone into everything, and though Ghost Stories is almost unprecedentedly pared down and shorn of ego for a sixth album by an act of this stature (clearly some of the band did not have a lot to do), the music never has the ragged quality to put it in sync with Martin's voice. And while his lyrics are fine, in a plain, unadorned way, he’s still no poet. There’s an inescapably generic quality to his words: the feeling is ultimately rather stronger than the language (though to be fair to the fella, if the songs were more specific he’d find himself in the mother of all media clusterfucks).

So yes, the icestorms of cold electronic beauty are lovely, but it rarely one hundred per cent works, and when the penultimate track shimmies on, melancholic house-pop juggernaut ‘A Sky Full Of Stars’, it’s a reminder of what the band are really truly good at – even if the music elsewhere on the record is essentially preferable.

As ever with Coldplay, one foot is miles out of their comfort zone, one is firmly in it. In a world where their peers are folk like Calvin Harris, Paulo Nutini and Rita Ora, Ghost Stories must certainly qualify as one of the braver, most sincere and most affectingly emotional chartpop albums of our time. As a work of pure, confessional artistry it just doesn’t have the frazzled punch of the ‘great’ break-up albums, but if it did, it probably wouldn’t be Coldplay, and that would be a shame.