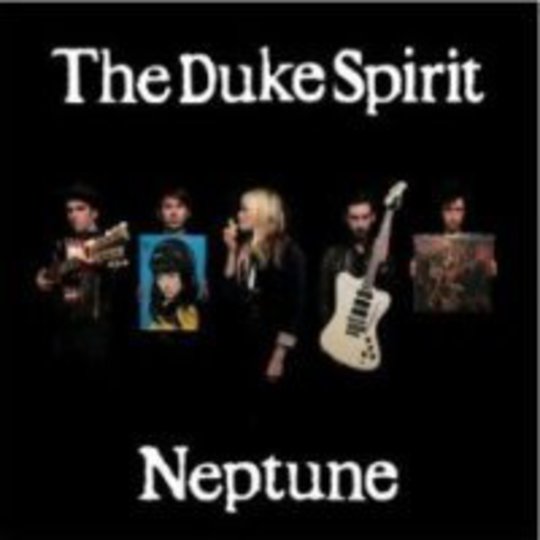 Unlike many of their contemporaries, The Duke Spirit found themselves thrust into the limelight without having to do the hard work of relentless touring and building up a fan base beforehand. While this may have given them an advantage in getting a record deal and countless (and, more often than not, so-so) reviews of their records, it has also in some ways proved to be their downfall. Despite the fact all the ingredients appear to be right, something is distinctly lacking here.

Charismatic front woman Liela Moss obviously isn't put off by the fact she's not the only celebrity Moss on Indie Street these days, as her breathy, half-Nico / half-Siouxsie Sioux vocal is undoubtedly the highpoint once again. Occasionally, the accompanying music also manages to live up their singer's audaciously high expectations, but repeatedly the ostentatious build-ups and pontificated lead-ins turn into proverbial damp squibs, leaving the listener wanting – no, demanding – a hell of a lot more.

In the two years since their debut long player Cuts Across The Land emerged, it's obvious that The Duke Spirit have at least made every effort to come up with a winning formula to match the hype. The fact they drafted in Queens Of The Stone Age cohort Chris Goss to steer them on and re-located to California for long periods in an effort to beef up their sound suggests the band were only too aware of the faults on that first record.

There's no doubt, too, that in places they do pull off fireworks with some aplomb. Current single 'The Step And The Walk' is all Can-style guitar loops punctuated by Moss' banshee howl, her emotive plea of "I'm moving to the end of your loving" managing to sound both fragrant and menacing in equal measures. Likewise, 'Neptune's Call', the album's penultimate track, is a justifiable reason to persevere with the record until its close. The backing is more sinister, possibly as a result of the involvement of Goss, and once again Moss gives a provocatively stunning vocal performance that urgently questions, "You're not gonna lose me, are you?"

Too often, though, this record slips into a comfort zone that, while making it impossible to generally dislike, renders it hard to get excited about. For a band whose promise has been talked about for nearly half a decade now, Neptune only delivers half the goods. The most worrying thing from The Duke Spirit's point of view is whether anyone will care about them enough enough_ another _two years down the line for album three to be received with any kind of fanfare.