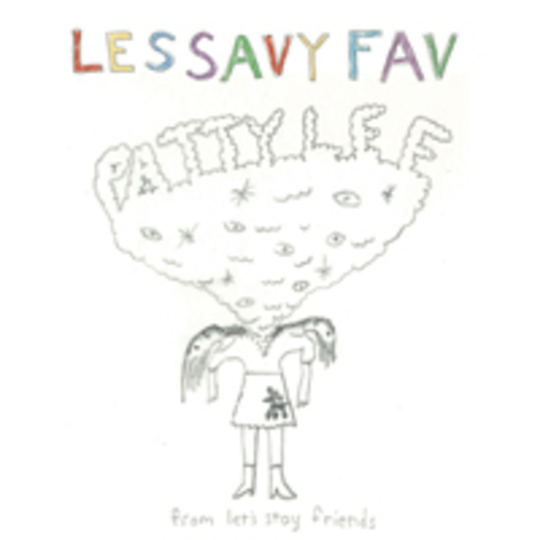 The track that’s aged most well from Let’s Stay Friends’ golden crop, ‘Patty Lee’ is one of Les Savy Fav’s most obviously pop moments to date, guitars, vocals, bass and drums all focused on the task of giving hook. For most acts the results’d be a horrible clamour of ill-fitting fragments, but Tim Harrington knows not to holler past the grand stabs his guitarist makes in the bridge, just as Seth Jabour knows to let rhythm slink in the verse and the whole thing locks together as intuitively as you’d expect for a band that’s been playing together so long.

Lyrically things aren’t so obvious and easy, though references to “Babylon” and death sex probably hint at age-old concerns with the loss of innocence, before Harrington begins to “wax poetic”, colouring himself as the “moon ascendant” and weaving riddles about the sun and the planets while Jabour builds those grandiose, brassy ziggurats of guitar. That they lead to nothing but the dumb joy of the song’s most obvious pop hook fits, Les Savy’s allusions to the natural world are just an easy way for them to join the sprawling ranks of ages of artisans whose best reaches towards age-old art have always only ever really been about singing, dancing and fucking anyway.

I'm A Realist / Bastards Of Young