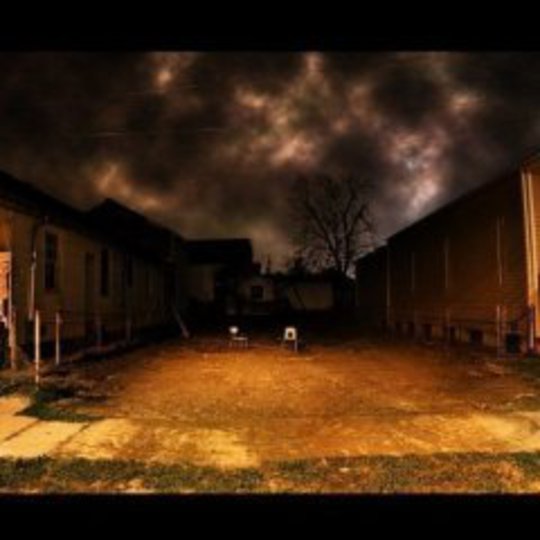 The so obvious you wonder why they hadn’t done it before partnership of Greg Dulli and Mark Lanegan makes up the tongue-in-cheek but aptly named Gutter Twins. Saturnalia, their debut album, has been five-plus years in gestation, but it’s been worth the wait.

It's also perhaps good karma that the album is released on the Pacific North West’s finest, Sub Pop, the label that unleashed the Afghan Whigs and released Lanegan’s astonishing run of solo albums. Epic in scope and breadth, and recorded in various locations around the USA, Saturnalia manages to transcend some of the duo’s recent solo and collaborative musical adventures whilst being more than a worthy addition to both musicians body of work. With Lanegan seemingly popping up all over the place lending his vocals to various projects (to varying degrees of success) it's always his voice that rises above. If his dalliance with the rapidly stagnating Queens of the Stone Age has petered out, it's heartening that he has found a fresh musical foil in Dulli, who has drawn out of him his best performance in a few years. Dulli, who after the dissolution of the Afghan Whigs has been recording with his band The Twilight Singers and who once sang “I have a dick for a brain, and my brain is gonna to sell my ass to you”, has also not sounded so focused in a long time. Slimmed down and looking fit, here we see him reaching once again for the musical highs he aimed for around the time of the classic Whigs albums Gentlemen - in my book one of_ the albums of the 1990s - and _1965.

The presence of both singers loomed large over the fractured alt-rock/post-grunge scene (or whatever you want to call it) some 15 to 20 years ago, and it's a miracle in some ways due to their shared narcotic history that they are still here. So booze- and opiate-fuelled was their '90s output that as we slip and slide towards the end of the noughties it's heartening that as both musicians hover around their mid-40s that they are still making music that is both vital and exciting. Seemingly free from the shackles or expectations of their musical day jobs, this dark and menacing album manages to effectively draw on key elements of both their previous work whilst still sounding fresh and new. We’re still stylistically tied to the same bucket of vomit though with songs shot through with tales of bitterness, loss and regret.

Lanegan almost hits the brown note on ‘Idle Hands’, so low do his vocals plummet. Perhaps the standout track on the album, Lanegan sounds like he's channelling a chorus of Scandinavian throat singers as he pleads for redemption from a twisted doomed relationship. The track is driven by a mellotron and guitar attack and the duet between the two is both bleak and uplifting.

On ‘Seven Stories Underground’ we're transported back to the rock and R&B marriage of Uptown Avondale-period Whigs. Tracks like ‘Gods Children’ and ‘The Stations’ are driving and soul drenched whilst ‘Bete Noire_’ encapsulates all that is great about Lanegan. He wraps his vocals around a fucked-up blues riff and rich, warm, whiskey sodden guitar.

So as we prepare to celebrate 20 years of the ‘birth of grunge’ (birthed with a beer burp by Mark Arm on the intro to ‘Touch Me I’m Sick’, in my opinion) it’s heartening to hear two of the main players sounding as on the money as ever.