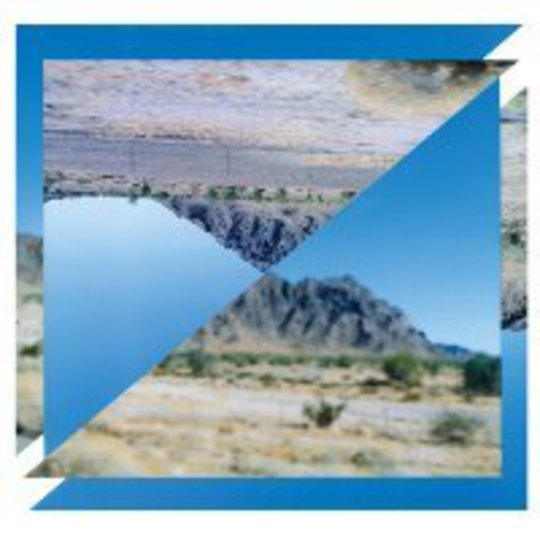 Whether it’s the euphoria inducing heights recently hit by Fuck Buttons, or the muscular peaks and jagged textures perfected by Battles, instrumental noise rock is certainly enjoying its time in the spotlight. For those veterans who’ve been manning the frontline for years, the battle against the dictatorial dominance of the two-minute, three-chord pop song must certainly feel like it’s entering a new phase with wave after wave of fresh-faced believers appearing in the rank and file.

It’s among the new guard that we find *Growing *with_ Lateral; the Brooklyn based band’s debut release for those fine psychedelic noiseniks over at The Social Registry. Clocking in at a brief 20 minutes, _Lateral is a gleaming exercise in sonic restraint that lodges itself between the globe-trotting voodoo workouts of past tour mates Gang Gang Dance and the come-down excursions of Kompakt’s Pop Ambient series.

Opener_ ‘Swell’ does exactly as advertised, with pulsating swells of warm electronic tones echoing the less structured moments of Panda Bear’s recent solo forays. ‘First Contact’ slowly unravels into a static drone that eventually twists itself into the dense, pounding, mechanical clockwork of ‘Lateral’. Though those searching for the cathartic release of an _‘Atlas’ should look to other horizons. Growing specialise in an audio minimalism that doesn’t so much confront as it slowly fills in the empty spaces when you’re not looking.

Taken on its own terms, Lateral is a selection of finely-crafted sound sculptures that should rightfully be embraced and championed by all the new noise kids dusting off those Silver Apples records found at the back of the shelves at the local used record shop. Time to surrender to the new noise then? Probably, because with the sounds of Growing and their like-minded comrades-in-arms, it looks like it’s here to stay.

Too Old To Die Young