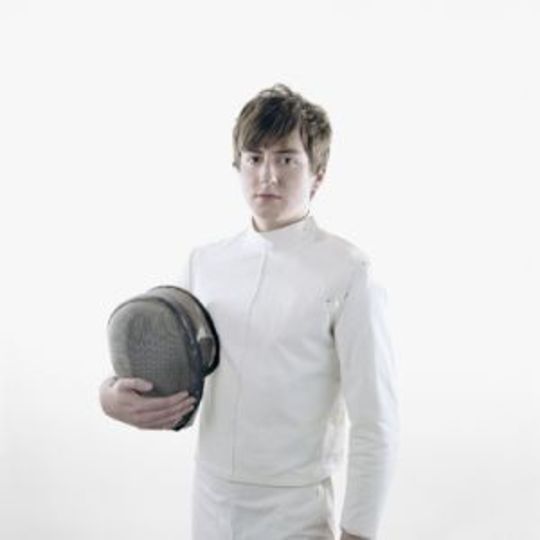 Liverpool is a city you cannot talk, or even think, about without a group of shaggy haired, Chelsea booted 60’s scallywags springing to mind. The shadow of The Beatles hangs heavy in the Mersey, with every street corner revealing another themed bar or plaque to commemorate a member’s birth place. Around the corner from one of John Lennon’s many supposed dwellings is an educational set-up funded by another Beatle called LIPA. Until recently, despite a good reputation, the mainstream conscious had not been permeated by a LIPA graduate. Then, earlier this year, a group of wacky ts calling themselves The Wombats smashed ceilings and ear drums with their raucous power pop urging listeners to dance to Joy Division and something about Bridget Jones. During this period of success, fellow LIPA alumni *Eugene McGuiness was quietly crafting one of the most remarkable and intimate albums of the year.

Eugene McGuiness is, to these ears at least, a bold and confident piece of brilliance, equally off kilter as it is tenderly raw. Fans of The Early Learnings Of… mini LP that dropped last August will know it was a stripped back personal portrait of a romantic soul with a quick wit and even quicker tongue. This form continues on the full length album, released through Domino. A full band is employed this time around which, for those accustomed to The Early Learnings Of… takes some getting used to. What was once pin drop quiet is now grand; one soon adjusts however as the key to all of the songs here is the inner shell, not the protective exterior. The album kicks off at breakneck speed ( - most songs here are either very quick or very slow) with ‘Rings Around Rosa’ and ‘Fonz’ showcasing the direct and immediately likeable cut of McGuiness’ jib. Of the two ‘Fonz’ is the more impressive with its dance-inspired drums backing a seductive McGuiness talking of a girl whom he "Said farewell and synchronised our watches/Arranged for the meeting of our crotches". It’s an infectious slice of pop perfection and you won’t hear a better rhyming couplet than that this year.

It’s important to state that Eugene McGuiness is not actually from Liverpool. He is a Londoner by way of Irish heritage and merely lived in the city for the duration of his education, however the three separate geographical sites have left their hallmark all over his album. From Liverpool you get the hooks and melodies, London you get the sharp razor sharp outlook and from Ireland comes the wistful smoky romanticism. The combination of the three is what sets McGuiness apart from the pack and should see him set up permanent residence in your emotional nooks and crannies. There is an old school craft to the songs on display here, from the fuzzy refrain throughout ‘Knock Down Ginger’, the gospel inspired choral build up on ‘Crown The Clown and the whiskey soaked blues of ‘Not So Academic to the 3am dreamy ‘God In Space’ every track stand alone, unique yet familiar and all wholly beguiling.

Domino have a unique artist in Eugene McGuiness - traditional but distinctive, old fashioned but fresh. Twelve months ago DiS said “Save yourself the embarrassment a year or so down the line of not letting songs as perfect as these enrich your existence sooner”. Well you’ve got a second chance.

The Sad History Of The Village Of Alnerique