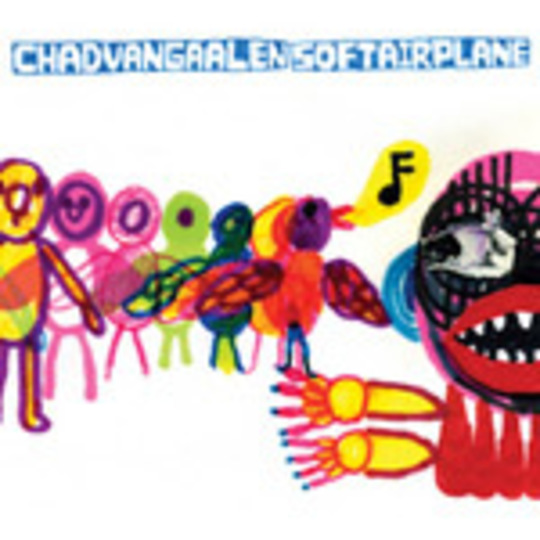 Canada’s multi-talented Chad VanGaalen seems like a quiet sort. Having already produced one great record this year (the forthcoming album by Women) he released his follow up to 2006’s excellent Skelliconnection in September to little fanfare. His contemporaries might make a big show of how they record their albums in remote cabins, basements or in one take, and with a diminishing attention span for records in the digital age it seems there has to be a hook, or an angle, in order to stand out.

The place and creation process for Chad VanGaalen seems more incidental. The ordinary world of the bedroom has long been the stomping ground of lo-fi’s great and try-hards; it also happens to be the place where VanGaalen’s records come alive and are fused with moments of extraordinary and unique brilliance.

In this respect Soft Airplane is no different. Still reveling in wrong turns and Alice-esque rabbit holes the album opens with 'Willow Tree', a prosaic portrait of everyday life set to bare instrumentation. It doesn’t take long for VanGaalen to pull apart the everyday, singing about death as the ultimate freedom. As accordion pours into the mix, VanGaalen instructs that you can "Take my Body/ Put it in a boat/ Light it on fire/ And send it out to Sea". The drums kick in and it’s one of the happiest things I’ve heard.

Time, death and the end of the world are fascinations that are obsessed over on Soft Airplane. VanGaalen variously laments the world of trash we live in and longs for natural escape. In 'TMNT Mask' he sings about sitting by a riverbank to "get away for a while" and there he sees a "Teenage Mutant Ninja Turtle Mask/ Floating to the rocks/ Plastic face half-buried". The scene is emblematic of a modern world entrenched in a losing battle against climate change, poor decisions and fear. The face is half buried, but the river is half-dead too, as VanGaalen acknowledges later in the song; "I’m wishing I could stay here forever/ But the river won’t stay that long/ It’s moving on".

This would be a depressing sentiment if it weren’t for the way VanGaalen dresses his songs. The world he creates is alluring. Whether in the mechanical start to 'Cries of the Dead' or the electronic beat on album highlight ‘Phantom Anthills’, which is absolutely thrilling, crammed with tiny detail as it descends into a swooping, anthemic chorus of "Oh/ But no one knows". The way this mantra is presented makes it tempting to forget the future, and doom-mongering to revel in the magic of the present.

VanGaalen’s obsession might be death but the way he illuminates his instruments with real verve and joy. His lo-fi production techniques share something in common with The Microphones best work, but where Phil Elvrum’s work can often be miasmic with rising dread, suffocating the furthest edges of a stereo mix, VanGaalen uses his space to open up a sense of hope that often is missing from his lyrics. The result is an album that is often brilliant, sometimes breathtaking, and never dull.

Casiotone For The Painfully Alone