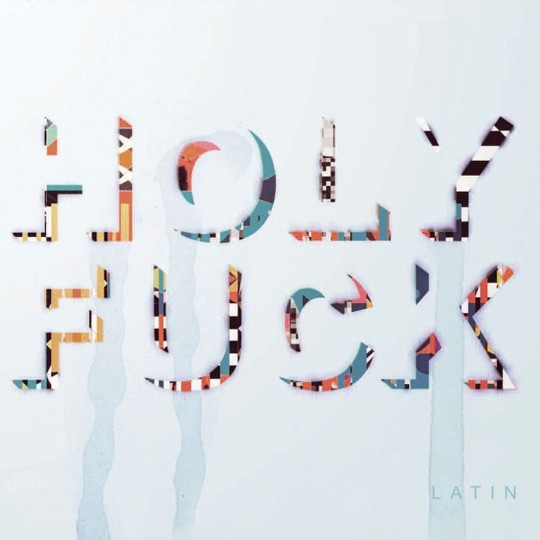 Not to speak ill of a man who has probably bought considerably more joy to considerably more people than I ever will, but there was a rather uncomfortable moment in a seminar at last year’s Supersonic festival, when a chap from Rough Trade (store, not label) attempted to sell the assembled crowd and panel RT’s grand plan to form a partnership with young person’s clothes store Top Shop. Pilloried about this by a chap from Southern, he tried to suggest that the whole thing was going to be one grand act of subversion, because the first LP that would be distributed into the Top Shop branches of Rough Trade would be the next Holy Fuck record.

The mind boggles as to what point he may have been making, but I suppose it probably hinged on the fact that Holy Fuck are a) quite obscure, b) quite DIY, c) have a swear word in their name, and are d) very good, ergo ripe for rocking the worlds of those stupid pigdog Top Shop customers. I’m not so sure, as having watched Skins once, it would appear that songs like 'Super Inuit' and 'Lovely Allen' are exactly what people who go to popular high street clothing stores listen to. In any case, the somewhat tenuous point I'm making is that pugnacious name aside, Holy Fuck have never offered an instant hit of rebellion. Their excellent third album Latin is not to be admired so much for its feral energy as moments of glowing, yes-my-liege stateliness.

In complete contrast to the ape bastard fuck roar of the live ‘Super Inuit’ that opened LP, Latin commences with ‘1MD’, a vague, ominous mutter in the dark gradually overlaid by a drone about the size of Alaska. It’s huge, illuminating the murk around it with a celestial grace reminiscent of both Fuck Buttons at their most epic but also something bigger than that – The Cure’s ‘Plainsong’, maybe. Percussion and distortion hammers below like the jets of the engine propelling said drone into the cosmos, and my mind is filled only with fantasies of how loud they dare to play this thing.

Skip to track four, ‘Stay Lit’, and here we find the best song that Holy Fuck ever written. Based on wobblingly pretty electronic chimes that teeter and topple and smack into each other like some tremulous clockwork heart, it seems impossibly tenuous and fragile. And it remains so, yet draws itself up to defy its own fragility, galloping stadium drums and some sort of choir of angels-esque vocal effect joining the still shaky core, whipping its nervous tic of a core into a blaze of divine light.

As to the other seven tracks: certainly Latin is hardly short of the type of meaty 3am muscle that supported LP. Indeed, the super-bouncy ‘Red Lights’ that follows ‘1MD’ could practically have been titled ‘Don’t Worry Guys, We Still Know How To Party’.

Still, there’s a newfound restraint that runs throughout – I guess you’d probably call it a more European quality - and a darkness. ‘Silva and Grimes’ sounds remarkable like a stripped back ‘Super Inuit’ to begin with, but swiftly abandons bombast for ethereal Eno-ish drift; ‘Latin America’s superficial vivacity is underpinned by ghostly, Low-like wails of keys and brass; the desperate thunder of ‘Sht Mtn’ is laced with a frankly terrifying female voice, blankly muttering... something; the paranoid, early ‘Simple Minds’ bass that drills through the belly of ‘Stilettos’; the strangled vocal haze that ends ‘Lucky’ in almost Deerhunter-like fashion; the way ‘P.I.G.S’ spends its last three epic minutes simultaneously raging into the night and bleeding away into nothing.

Latin doesn’t have a weak moment, and while LP’s higher energy levels may indeed play better with that lucrative Top Shop demographic, it would seem remarkable if any right thinking fan of the band didn’t think Latin at least its equal. As a record it’s held back from out-and-out greatness by a certain unevenness of emotional tone – musically it’s all on a par, but nothing socks you emotionally quite like ‘Stay Lit’ and ‘1MD’. But if those are the stars that burn the brightest, this is a still an impressive whole, burning dark, bright and majestic.