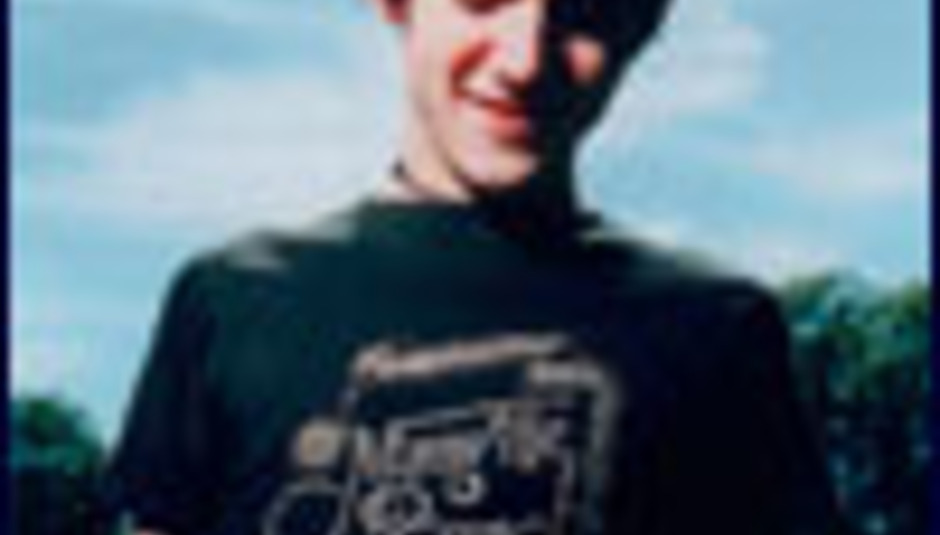 There are two unbearable things on the face of this planet. One - Pain, and Two - Hearing people fucking whining about it. For ages. And repeatedly. If arrogant Nebraskan teen (well, whatever, he acts like he’s still 15) Oberst was in a fucking concentration camp, being brutally beaten and tortured then I’d let him off, but as it stands his chosen dish from Café D’angst is, like, girls LEAVING HIM! Oh. My. God. The poor guy. Get over it. DON’T act like a total prick and write songs about your once dearly-beloved, you insensitive brat, laden with hundreds of references only SHE will get, and only SHE will be hurt by. DON’T write a self-pitying concept album (last year’s ‘Fevers and Meeeeeeeeeers’), and DON’T let yourself off the hook by claiming it’s all a show, you’re only a character. That doesn’t work for Eminem and it doesn’t work for you. DO FUCKING NOT compose a song entitled ‘It’s cool, we can still be friends’, a bitter assault on an ex-lover, and end with the lines “I’m pouring some whisky, I’m gonna get real fucking drunk, so I pass out, and forget your face by the time I wake up”. You utter bastard.

Right, I believe you are depressed, I believe you have problems, and I believe it’s ok to write songs about it. But, and this is the important bit, don’t get all high and mighty and decide that these songs deserve to be displayed to the world! "But hey, you don’t have to buy them if you don’t want!" SO FUCKING WHAT? Once it intentionally enters the media then you’ve crossed that line, the line between personal gratification and belief that you have something to offer the world. Miserable fucking teens do not need more shoegazery, whining, self-pitying quotes for their MSN names. They need a good fucking slap round the face. They need rock and roll, outrage, disgust, and hell, even fucking happiness! Cheer the existential, weight-on-my-back-gotta-drink-fucking-vodka-to-stop-the-fucking-paaaaaiiiinn kids up! Don’t give them more ammo!

Desaparecidos is a good start, but stop screaming like you’ve just endured the worst pain in the world, and get that fucking trembly, ‘gonna cry I’m so sad’, tone from your voice, ok? No one should get away with such blatant self-pity, and usually they don’t. If he constantly phoned up his friends and whined at them about how sad he is, and how he thinks about suicide, they’d tell him to shut the fuck up and get over it (I would hope, anyway). It’s because he puts it in a song, in such a poetic style, that everybody goes "Ahhh" and worries about the poor little lad. Well WAKE UP! Here’s the truth: No one can go onstage night after night and FEEL all that pain. He’s kidding himself and he’s kidding you. How can he still feel for a girl that dumped him years previously? (Well, ok, I’m not ruling that out, but she probably dumped him because of his constant fucking whining! He deserved it!) The guy is wallowing, and he makes you wallow too.

Now, some people say that the Bright Eyes game isn’t about self-pity. No, really, they do. When that boy goes into the studio to record a song, all that can possibly emerge from his collapsing little frame is total and utter T-O-R-T-U-R-E! And get this, we apparently walk away from the experience feeling happier, having come through the worst with our little ‘Wunderkind’ guiding us by the hand. WELL! What’s the best word to describe all that bollocks?

Oh well, BOLLOCKS will do. Sing it loud, sing it far. Run the fuck over to Omaha and bleat it in the bastard’s face. He has A CHOICE! Choice one is to sing songs, like a normal little boy, hitting all the right notes and not going out of his way to whine for a new surrogate mother/teenage fan. Choice two is to use song writing as a diary, a self-obsessed (yes, you were right on ‘Padraic my prince’), self-pitying (don’t deny it, he isn’t talking about war), self-indulgent little teenage diary. For god-knows-how-long he’s been walking the second road, but thankfully that trend seems to be bucking slightly, as, on the new EP, he cuts the method acting rubbish for a few brief moments and decides to sing properly. And all nicely! Aww. You do have to wade through loads of ‘look at me!’ crap about doctors and pills though, which is a shame.

Hey, I used to like Bright Eyes. I used to appreciate the self-pity and relate it to my own experiences (like I’m sure you do). But like most bands out there, they either let you down, or you realise the truth. And the truth is that listening to Bright Eyes turns you into a whiny little vodka-drinking cunt, and I don’t think any of us really wants to be like that, do we? Be "entranced" by this moaning indie-bollocks if you will, but I for one couldn’t give a toss about this or any other Saddle Creek band. It’s a cyclical (i.e. it won’t fucking die!) culture of liars, whiners, shoegazers and poets. Oh, I forgot, they’re all the same thing. Bastards. Bright Eyes may be heading in a slightly more acceptable direction, but ‘Wunderkind’ Conor still has that pin ready and waiting to stick deep into his hand. Question is, are you gonna give him the time of day?