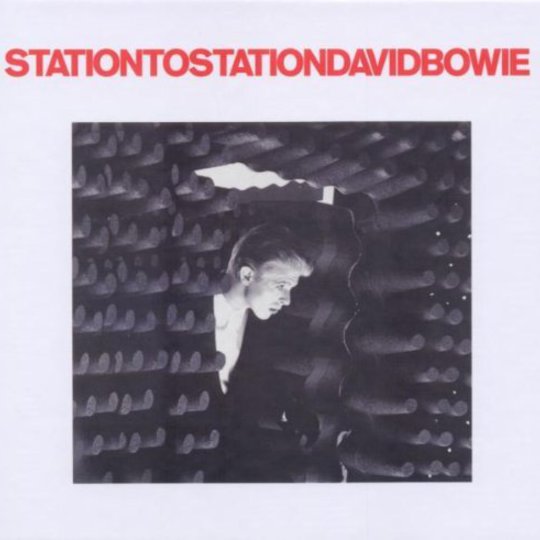 Great strips of mystique have been peeled away from the recording process in our quest to thoroughly pull apart music history, ultimately de-mythologizing years of carefully created hyperbole and mythmaking. But there are still some obstinate beasts out there, a few hallowed recordings that are never going to be fully gutted and dissected, whose secrets are likely to go to the grave with their makers. Uncut magazine took a shot at going in-depth on David Bowie’s Station To Station a few months back, with distinctly mixed results. Producer Harry Maslin refused to be involved, guitarists Carlos Alomar and Earl Slick both claimed credit for the riff for ‘Golden Years’, and no one can quite recall how E Street Band keyboard player Roy Bittan got involved. And Bowie? His famous quote about the recording sessions is: 'I know it was in LA because I've read it was'.

Despite being 34 years old, Station To Station is not an album that will readily shed the clandestine air that surrounds it. Excessive cocaine use casts a large white shadow over it of course, and this is the most likely explanation for the collective memory wipe over its assemblage. 'Everyone was walking around with chains round their necks with little coke spoons,' recalled Bowie confidante Geoff McCormack in that Uncut piece. References to the drug, both oblique (“making sure white stains”) and overt (“it’s not the side effects of the cocaine”) are made in the opening title track. That song, by far the longest in Bowie’s output to date, marks a passage away from the American R&B pastiche riddled throughout the preceding Young Americans, and forms a branch between that and the more overt leanings toward the Neu!/Can/Kraftwerk axis of the following Low.

‘Station To Station’ remains one of the most startlingly ageless songs Bowie has produced, with its three-part structure beginning in simple homage to Kraftwerk’s car revving intro to ‘Autobahn’, replaced here by stereo panned train piston noise. From there we are introduced to Bowie’s final character, the Thin White Duke, a persona partly built from the residual hangover of his role as Thomas Jerome Newton in the just-finished The Man Who Fell to Earth. Themes of gnosticism, black magic, and kabbala surface: the ”throwing darts in lovers eyes” line is one of Bowie’s most overt Aleister Crowley references, and the overall feel of the song — where abstract sounds blur the overall picture away from tangible instrumentation — is a further signifier of work that was yet to come in Berlin.

Lesser albums would be toppled over by having such a significant bellwether as an opener, but on Station To Station it simply acts as a gateway for Bowie to work his way into a mixture of crushed balladry and taut funk workouts. The soulful stylings of Alomar and Slick’s guitar playing and the supremely funky bass lines of George Murray surface often throughout, with Bowie grabbing them and using them as a template over which he can rid himself of the coke-addled terrors gripping his mind. ”Don’t let me hear life is taking you nowhere… run for the shadows,” he croons over the tightly constrained groove of ‘Golden Years’. The cocaine psychosis coursing through Bowie’s mind often causes songs to fracture into a mesh of concepts that are easy to identify with and others that are distinctly alien, such as the tale of heart trampled fragility told through an imagined dialogue with God of ‘Word On a Wing’.

The propulsive funk of ‘TVC 15’ initially seems like a respite from Bowie’s malaise, especially as it’s about a love affair between a girl and her TV set, but it’s impregnated with a deep sense of despondency in the chorus, mostly sparked by a mixture of rising sax melodies and Bittan’s gently plinked piano. There’s a sadness bored deep into the grooves all across Station To Station, with Bowie caught up in a jittery sense of lovesick gloom that he just can’t shake. This is best embodied on the album’s closer, the dejected yet epic and morosely affecting cover of Dimitri Tiomkin and Ned Washington's ‘Wild Is The Wind’, which is laid over a blissed out bed of phased guitars. But even ‘Stay’, ostensibly the most ‘pop’ song on this record, finds Bowie utterly confused by love, with relationship mind games coldly fusing with his prodigious drug intake and wracking him with self doubt about people’s motivations.

As a box set, this should be the last word on Station To Station. Of primary interest to fans will be the much bootlegged Nassau Coliseum set from 1976, which begins with a version of ‘Station To Station’ that threatens to outstrip the recorded incarnation, and includes some quite astonishingly tight and together reinventions of these (and other) songs. Bowie’s version of the Velvet Underground’s ‘Waiting for the Man’ in this set is the spindly coke addled flipside to Lou Reed’s bleak heroin vision, and while far from essential, it makes for a pulse quickening insight into his mindset at the time. The rest is a mixture of curios — truncated single versions of album songs, notes by Cameron Crowe, a DVD-Audio version, a chance to slaver over that signature red sans-serif typography on a number of replica sleeves — and the utterly inessential inclusion of the 1985 CD remaster of the album.

In short, the only difference between this and most other box sets is the lack of inclusion of any outtakes from the sessions, which mercifully keeps the listener at arms length from Station To Station. So that pervading sense of inscrutability remains intact, tiny mysteries prompted by sounds and textures conjured up by the players go unexplained, and the songs prickle with cryptic questions — are the “white stains” of the title track really a drug reference, or perhaps a sexual allusion, or even an askew nod to Bowie’s then-current fondness for subsisting on a diet of milk? At this point we’ll probably never know, and while this set is expensive and excessive - appropriately so considering the indulgence that birthed it - this meticulously assembled incarnation of Station To Station is an object lesson on why some parts of rock history need to remain an enigma.