The Flowers of Hell 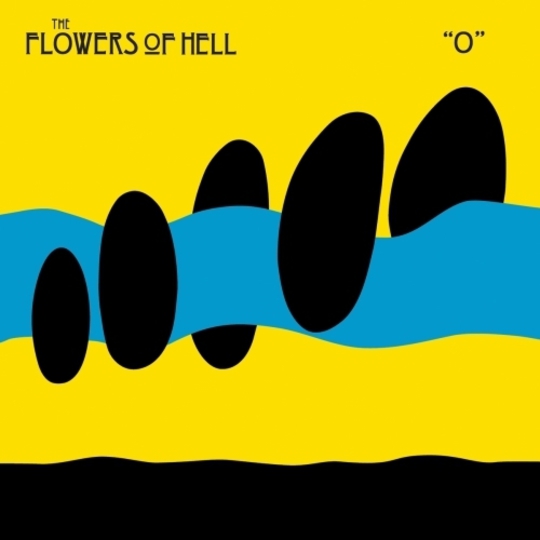 If Mercury gave out prizes for sheer devotion to the cause, Flowers Of Hell mainman Greg Jarvis would win the award every time. Not content with being the creative driving force behind one complex band of musicians, his subsequent re-location back to his native Canada from London three years ago saw him form a new variant of the band in his homeland, whilst simultaneously retaining the original UK based line-up for good measure. But then, with Flowers Of Hell, nothing has ever really been that straightforward. Although formed at the back end of 2002, initially as a solo project for Jarvis, their expansion into a psychedelic orchestra of sorts three years later saw them gain recognition from the likes of Kevin Shields and Pete 'Sonic Boom' Kember, while collaborators since have included Owen Pallett, Death In Vegas' Tim Holmes and the aforementioned Kember.

However, the arrangements lie purely at the hands of Jarvis, an ultra-talented composer whose multi-instrumental classical training undoubtedly provided the catalyst for his and Flowers Of Hell's continual striving for what he calls 'absolute music'. While largely taken to heart by the underground shoegaze community - two of their earliest releases came courtesy of leading genre imprints Club AC30 and Northern Star - their music only has a loose bearing on the genre. Experimental by nature, their ambition is a joy to behold in such times of staid careerism. However, maybe dedicating a whole album to one 45 minute long track as Flowers Of Hell have done here is over stretching the mark a little.

O, or 'O', depending on how you want to view it, is a mainly improvised, and thoroughly organic piece of music that certainly sounds like nothing else you're likely to hear. About as far from the concept of marketable or commercial music as is humanly possible, Greg Jarvis even joked that O's working title prior to release was actually 'Business Suicide',for all its complicated parts and erudite sub-sections. O is something of an endurance test that stretches the conflicting processes between pleasure and pain one centimetre too far.

In fact, if it weren't for the DVD that accompanies this album, it would be difficult to score O very highly at all, despite the undoubtedly high levels of musicianship that have gone into its creation. What does make this package compulsive listening (and viewing) is the excellent Live At The Music Gallery film, which features a full concert that took place last year as a launch for O's predecessor, Come Hell Or High Water. With a set containing both original material and orchestral interpretations of other artists - The Jesus And Mary Chain's 'Darklands' for example receives particularly grandiose treatment - while enlisting a cast of musicians including British Sea Power's Abi Fry and The Earlies' Tom Knott and John Lapham, Live At... is a startling document of a unique ensemble at its most potently creative, with ne'er a bum note or false start in sight.

Delve a little deeper into the DVD and you'll find an animated video for previous single 'Opus 66'. Based on the works of Art Nouveau pioneer Aubrey Beardsley and designed and created by students at Durham College, it's a striking piece of animation that does enormous justice to both its creators and musical accomplices. Elsewhere, the DVD is brought to a close by various live performances shot in Aberdeen, Prague and Toronto. It rather begs the question why this wasn't this the main article, rather than the self-indulgent piece of music it accompanies?