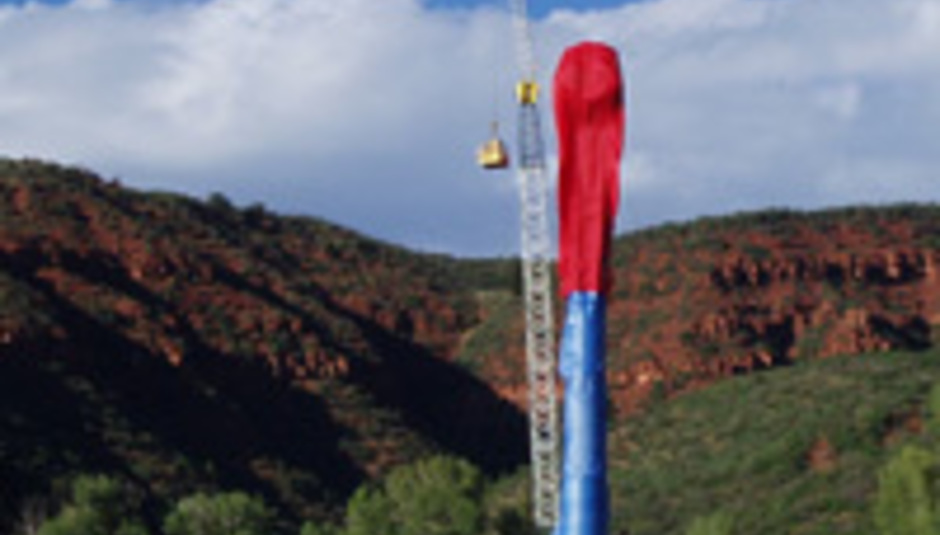 Why winners always quit, OR: The Gonzo Guide To Closure

Why winners always quit, OR: The Gonzo Guide To Closure

We were somewhere in the desert when we realised what we were doing: we were on our way to Woody Creek, Colorado, where Hunter S Thompson was having one final party – his funeral. The celebrated author of books including Fear & Loathing In Las Vegas and Hell’s Angels had ended his life and one of the most vivid versions of the American dream on February 20, 2005: via a self-inflicted shot to the head.

The man who had always planned to have his ashes blown out of a bloody big cannon – see the BBC’s 1978 Fear and Loathing in Gonzovision documentary Breakfast with Hunter here for his first planning meeting with a local undertaker – did not disappoint. He’d orchestrated a fireworks party with a difference, thus making it an explosive event for me and my patient partner to cover.

So we embarked on a cross-country crawl across the United States, driving through the empty terrain and idyllic red-rock-mountain states day and night from Seattle, passing Las Vegas and eventually landing a few miles outside of the grand surroundings of Aspen, Colorado.

Of course, we had not been invited, but this seemed the most fitting tribute to a reporter who was rarely welcome, let alone invited. This was our Watergate, our take on Ali and Foreman’s rumble in the jungle.

---
Must Read No. 2: Fear & Loathing on the Campaign Trail
The manual to political campaign reads... slightly less accessible than
…Las Vegas, but ultimately more rewarding
--- Woody Creek is a strange country town; a bumpy ride filled with hearty landscapes and paranoid locals. It boasts one dirt road covered with deep dark bushes and a creeping sense of trespassing. The locals are patriotic and paranoid, a flush of Yankee flags and ‘do not enter’ signs surround.

We had initially entered via Aspen, the well-to-do ski resort, five miles north of Woody Creek. Aspen was a more controlled location, a resort filled venture with a wood cabin heart and a bustling trade in coffee shops. Local tradesmen were buzzing with news of the impending party up the road and the A-list celebrities it was expected to bring. Hoteliers prepared carefully in case actor Sean Penn or Democratic presidential candidate George McGovern needed a place to stay, while the airport runway was on standby for Jack Nicholson’s arrival.

---
Must Read No. 3: Better Than Sex: Confessions of a Political Junkie, Trapped Like a Rat in Mr. Bill’s Neighbourhood
Hunter goes up against Clinton and the former president's seedy French Fry obsession
---

But, despite the gossip and drama of the surrounding service industry, Woody Creek was empty except for us and a lonely photographer from Denver. The farm, easily identifiable from the peyote-inspired mailboxes in the drive, was being prepared when we arrived. Stoned security teams were beginning to work the area; the 30-foot steel structure, complete with dual-thumbed gonzo centrepiece, was being moved into place and the secret service was on its way.

The experience was unforgettable, the cannon draped in red and blue silk, ready to dispense of the soul of our king poet, our beatnik-inspired master of random ideas and general gibberish. He was a thinker, a drinker and mighty cruel dope fiend. And the ol’ bastard would have been proud of his party.

---
Must Read No. 4: Shotgun Golf (here)
Hunter invents a new sport with pal Bill Murray, unveiling the game via his online ESPN column
--- Two years on from his death, Thompson’s legacy remains necessary: as a veteran campaigner of presidential politics, he more than anyone would have been able to understand and contextualise the forthcoming 2008 Presidential Race. He wouldn’t be allowing Barack Obama an easy ride on the basis of his skin colour or smooth suits, and he’d have certainly saved some fire for Hilary Clinton’s candidacy. But he’d also be secretly proud of the Democratic Party’s modern Freak Power ticket.

His death – and particularly the way it was executed – has promoted Thompson to the major league of American literary figures, sitting alongside Hemingway, undoubtedly sharing a drink. Is it better to bang out than fade away? In Thompson’s case...it is.

---
Must Read No. 5: Fear & Loathing on the Campaign Trail 2004 (here)
The doctor documents his last presidential race for Rolling Stone online
---

Hunter S. Thompson died on February 20, 2005, at his home in Woody Creek. Read more about the man and his writing at his Wikipedia entry, HERE