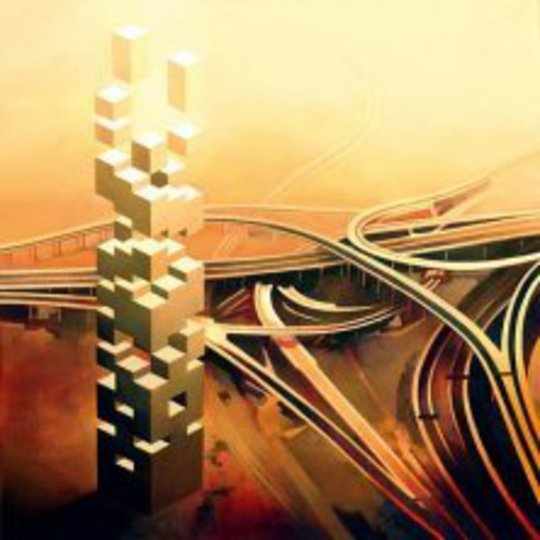 Did we think of a better name for hard, dynamic, nuanced instrumental music than ‘post rock’? I have a feeling we didn’t, did we? Oh well... Teeth of the Sea are a band from London who make music that would definitely have been called post rock in the past; whatever it is now, it's pretty awesome. It's probably not worth worry about such things when dealing with a band who clearly have a sense of fun: their live gigs are exuberant, OTT affairs, while the song titles on second album Your Mercury are very much in the flippant Mogwai tradition, with such choice monikers as ‘Hovis Coil’, ‘A.C.R.O.N.Y.M.’ and the marvellously facetious ‘You’re Mercury’ cropping up.

Anyway, Your Mercury’s defining musical characteristic is the trumpet of Sam Barton. Far from breaking into free jazz squalling or anything abrasive like that, he mostly directs his efforts into shimmering, ordered bronze waves of ringing mariachi prettiness that lighten the record's thundercloud glower. At its most delicate, as on limpid album closer ‘Hovis Coil’, the brass conjures something of watery beauty, reminiscent of Godspeed at their least obtuse. For the most part, though, it serves to gild the gloom of a dark, dense record, a steamy, light-starved jungle of tangled electronics and feral distortion occasionally punctuated by startlingly lucid bottom end. On monstrous second track ‘The Ambassador’, the trumpet glows brilliant and hot, illuminating the song’s murk like streaks of tracer fire, zapping out over a swaggering, chthonic monstrosity of a bassline. As with much of TOTS's stuff, there’s both chaos and order here, the erratic, howling maelstrom of electrical feedback balanced against a bass that for all its gargantuan scale, feels charged with a raffish, knowing intelligence, bringing everything else to heel when it makes its intermittent appearances. Certainly as 'The Ambassador' subsides into the sleek expanse of toms and bleeps that transforms into the buzzing, malign electro of ‘Cemetry Magus’, it does occur that these chaps are exceptionally good musicians.

That same sense of bass-anchored clarity amidst screaming disorder recurs on lengthy centrepiece ‘You’re Mercury’: initially a tense clash between a floating, melodic trumpet and harsh, intrusive electronic pulse, it comes to a head after a few minutes, combusting into fiery feedback that's given a liquid dynamism by an astonishingly clear, collected bassline.

Because the songs blend so seamlessly and the constituent musical parts are quite similar, there is an unquestionable sense of homogeneity to the record. Typically, though, TOTS manage to pull something out of the bag to ever stop actual sameyness setting in, such as the galloping, glistening shower of Radiophonic Workshop-style synths that descend upon ‘A.C.R.O.N.Y.M.’, or the startling vocal track ‘Red Soil’, based upon mountingly angry recitations of the phrase “I knew these people, these two people”. But in fact the bulk of Your Mercury probably should be viewed as one seamless unit, something huge but sleek, technological but organic, laced with murmurs of human voices, fleeting passages of birdsong and those celestial peals of trumpet, set against machine tones, both dissonant and driving. The last few tracks seem to exist outside this greater whole, but for the most part Teeth of the Sea’s second record defies any worries about genre categorisation, a hermetically sealed unit with such a strong sense of self that comparisons to other music seem perverse.