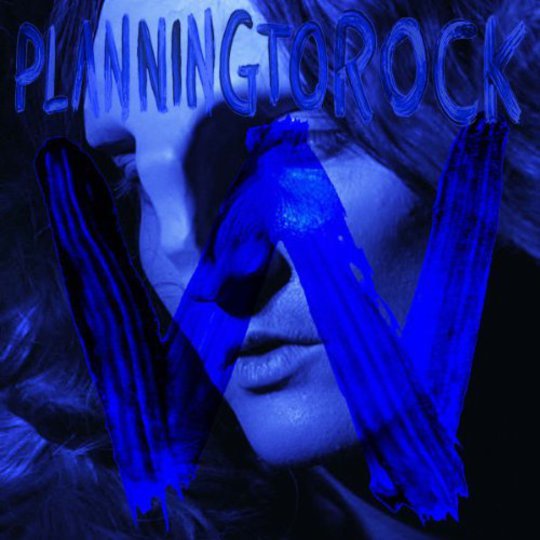 And just like that, LCD Soundsystem are gone, leaving behind a trio of albums that tickled the perimeter of pop perfection, almost a decade of occasionally shambolic but often euphoric gigs and the knowledge that a man can remain at the acme of cutting edge cool for near on ten years wearing nowt but a beer belly, a discoloured white T-shirt and a five-day growth. Sad as it is, it's surely better for them to have burnt out than fade away like those game changers of a different ilk but a similar era, The Strokes, currently appear to be doing.

But what next for the avuncular enigma that is James Murphy? Well at least he still has DFA Records to occupy him and to stop that belly from becoming Biggie Smalls-like while he decides on his next move. This is, after all, the label that brought you The Rapture's dance punk template Echoes, had the balls to introduce Hot Chip to the States and now brings you Berlin via Bolton one-woman band Planningtorock. Or Janine Rostron as she probably appears on her gas bill.

Rostron's W is set to drop almost exactly five years to the day since she released her debut long player Have It All on her own Rostron Records label. In the intervening period, as well as joining LCD Soundsystem onstage for their retirement party at Madison Square Garden last month, our Janine collaborated with The Knife and Mt. Sims on Tomorrow, In A Year, an opera based on Charles Darwin's On The Origin Of Species, which was released early last year.

It takes less than a hop of the imagination to see how working in tandem with The Knife has influenced W, both sonically, as evidenced by its foundation of oblique electronica, and aesthetically, as seen by Rostron adopting a prosthetic nose on its cover, playing with her image and gender à la both the Swedish electronic duo and, more specifically, Fever Ray. 'If you think about a man, you immediately think, "What does he do? What is he thinking?" With women, it's just, "What does she look like?",' Rostron recently said in a Guardian interview.

W also looks to mess with accepted attitudes and boundaries, mixing stark synths with stabs of strings, sleazy saxophone with orchestral flourishes, and tin pan percussion with Aphex Twin-like inventiveness. 'The One' epitomises this approach, slowly growing into the deviant offspring of Madonna's 'Dear Jessie' and the scraped violins of Psycho, androgynous vocals calling "And I don't want to hide it/I want to love it" before breaking down into a prolonged sax wig-out. 'Jam' opens with what sounds like a binman falling down the stairs, progresses into plinking orchestration and marimbas and finishes up actually sounding like those kings of the bins, STOMP.

As impressively complex and high-brow as the instrumentation and arrangements are, it's difficult to escape the fact that some of it is about as captivating as Ed Miliband describing his favourite motorway intersections while on barbiturates. However, several times during W, Planningtorock does manage to sound like she's doing exactly that through staving off her natural proclivity for putting experimentation above engagement. The sumptuous beats and swaggering groove of 'The Breaks' borrows from both The Knife and Kate Bush without bowing to either of them, slowing down into a heartfelt plea before building back into a swaying shimmer. 'Living It Out' brings to mind Hot Chip to the point where you're almost willing the chorus to 'Over And Over' to kick in, but somehow manages to assuage seemingly inevitable disappointment by replacing it with something almost as addictive. Even more surprisingly, one may even manage to shake ones tail feather to 'I'm Yr Man'.

However, such peaks are ultimately outweighed by the likes of 'Black Thunder' - five minutes and 24 seconds of parping synths and what sounds like someone goose-stepping in the rain. The closing '9' sums up much of W - unique sounds, original structure, intriguing lyrics ("You're like a light/I'm gonna keep you on/Never turn you down") and yet it somehow manages to be less interesting than the sum of its parts. Less pretension, more tickling the perimeter of pop perfection next time please, Planningtorock - you can skip the beer belly though.