There is a Way 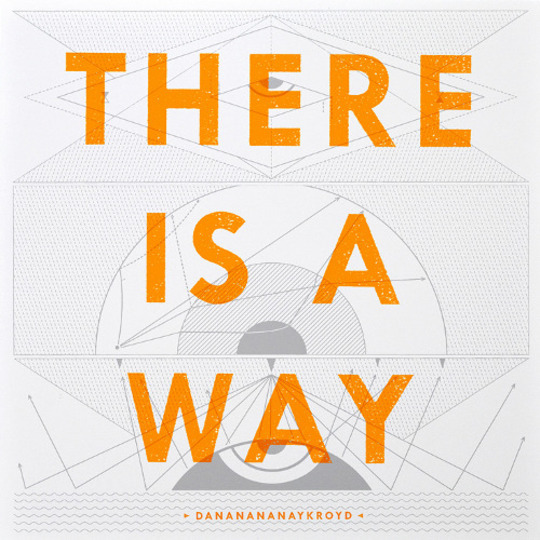 In the two years that have passed since Dananananaykroyd released their debut album Hey Everyone!, many facets of civilisation have changed and yet their name is still a chore to type out in full and even more so to spell check. It is this kind of obstinance that informs There Is A Way, asserting it as the Glaswegian six-piece’s definitive statement but ultimately constricting it to the fight-pop mould which the world is pretty familiar with already.

Despite the quirky genre Dananananaykroyd created for themselves, there was nothing gob-smackingly fresh about this hyperactive bunch, except perhaps the enthusiasm which they ploughed into their output. On their second record, the ear-searing screams of frontmen John Baillie Junior and Calum Gunn remain, as does the rhythmically bombastic wall of squalling hardcore guitar stemming from a set of brutally tight instrumentalists. What’s different is the man on the production desk, the peerless Ross Robinson.

What Robinson doesn’t know about recording muscular rock could fit on the back of a matchstick. The man has recorded with At The Drive-In, Glassjaw, Slipknot and Vanilla Ice, don’t you know? It’s no surprise at all then that There Is A Way goes down like a razor gilded pill, coarse fists of six-string scything your aural cavities in a feat of beautiful mutilation. ‘Seven Days Late’ is a particularly well dressed battering ram, pummelling its listener with ever-shifting fluctuations in rhythm and a searing descent into cacophonic anarchy.

As bloody fantastic as Dananananaykroyd are at pulling this trick, there’s little else they attempt to do. Whilst ‘Black Wax’ may have been mellow enough to reach the FIFA 10 soundtrack, the lack of anything similar suggests the band peered over the pop precipice and thought 'That’s not for us thanks.' In return for such prescriptiveness however, we are rewarded with the persuasive forcefulness of ‘E Numbers’ and ‘Muscle Memory’, a pair of bratty singalongs which really corner the market in sonic kiss-offs to Ritalin. Elsewhere there is the angular side-swipe of ‘Think And Feel’, cantankerous momentum of ‘Time Capsule’ and the fantastically titled ‘Glee Cells Trade’ to make up the boisterous ranks of juddering tracks.

Since the pace set is so relentless, the fact you’re being served the same dish 11 courses in a row doesn’t really register until ‘Make A Fist’ enters its closing notes. There are a few weaker offerings scattered across There Is A Way, ‘Good Time’ and ‘Apostrophe’ are the main offenders, but nothing that spoils a clearly accomplished record. What grates though is that this primeval crew have effectively left no path for themselves to tread but that of diminishing returns. Either these Scots are more calculating than anyone gives them credit for or lazier than their music could ever possibly hint at. Maybe it is a triumph after all that two albums in and Dananananaykroyd are still a mystery.