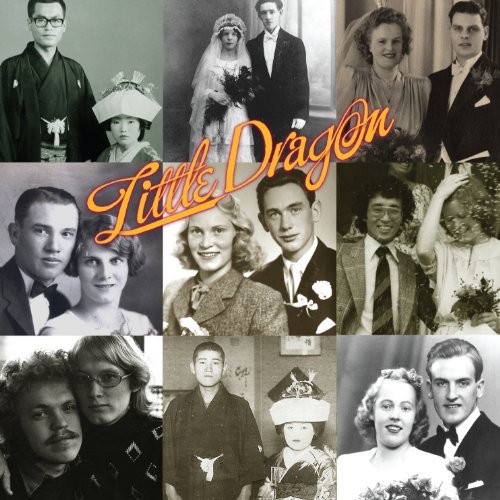 Little Dragon could do with breathing more deeply - it's not cool to be too cool.»

little dragon return with their new album 'ritual union', released through peacefrog. since 2009's critically acclaimed 'machine dreams' they have not sat still, touring the globe and making some high profile friends along the way. damon albarn invited them to collaborate on two tracks for last year's gorillaz record 'plastic beach', which became album highlights for the critics with pitchfork describing the songs 'empire ants' and 'to binge' as "two of the most arresting things here; they're airy, elusive and amazingly beautiful". similarly, david sitek was so taken with singer yukimi nagano's voice after touring with them in 2009, he asked her to lend some vocals to 'if you return' from his solo project maximum balloon. and now big boi will be producing one of little dragon's songs for his new album, after a certain andre 3000 tipped him off. as if that wasn't enough, they appear on rafael saadiq's new album adding vocals to the sublime summer track 'just don't'. no one in their right mind would have expected the future of soul music to come from gothenburg, sweden. but there it is in the dreamy, rhythmical, shifting, moody rainbow creature that is little dragon. it is easy to see why some of the world's top musical luminaries are falling over themselves to work with them. stylishly seductive in their own right, their 2007 self-titled debut was filled with classy songwriting and cool production, with the stunning track 'twice' getting played on grey's anatomy and countless adverts since it's release. 'machine dreams' showed a bouncier side, as they flexed their dancing nous and came up with an album that would turn prince's head. little dragon started 2011 with a headlining tour of the us and a performance on late night with jimmy fallon in march, thanks to a recommendation from super-fan questlove of the roots. in may, yukimi appeared on the track 'just don't' from raphael saadiq's stone rollin', a record some are already calling the album of the year. then big boi and dj shadow called to invite the group to work on new music. now they release 'ritual union', an album that finds the experimental, late-night charm of their debut lp colliding with the more upfront and danceable sounds of machine dreams. already a blogger's delight, the first single 'nightlight' sounds like erykah badu fronting the psychedelic furs, with a healthy smattering of digital funk and alt soul. 'brush the heat', their most club-friendly track yet, is a dancefloor detonator with the most infectious cowbells since jay-z told us about his '99 problems'. upcoming single and title track 'ritual union' is sleek and soulful electronic pop at its best, 'shifting between burbling, kinetic rhythms and nagano's deeply affecting vocals'. as with each of their previous albums, little dragon did all of the recording and production themselves at the seal colonie in gothenburg, the same place where they all lived together in their early days. "we're all about writing in our space, our bubble," yukimi says. "we haven't really recorded in any fancy studios. we'd rather be in our junkyard." while their recordings are always impressive, it is in the live setting where the dragon really comes alive. seemingly loose and improvisational but actually tight as nails, erik bodin (drums), hakan wirenstrand (keys) and fredrik wallin (bass, keys) dig a deep pocket that would make james brown proud, their organic instrumentation blending seamlessly with programmed drum loops and nagano's dynamic vocals. nearly as striking is the culturally diverse crowd that somehow turns up in every city. as if straight out of central casting, every little dragon show seems to bring out an unlikely mix of hip-hop heads in fitted caps, beautiful girls dressed for dancing, and studious musician types. "i think that's kind of ideal," yukimi says of little dragon's eclectic fanbase. "that's how, if i wished for a crowd, i would want it." and no doubt, if that crowd could invent a band, little dragon is what they'd come up with.
description from www.roughtrade.com