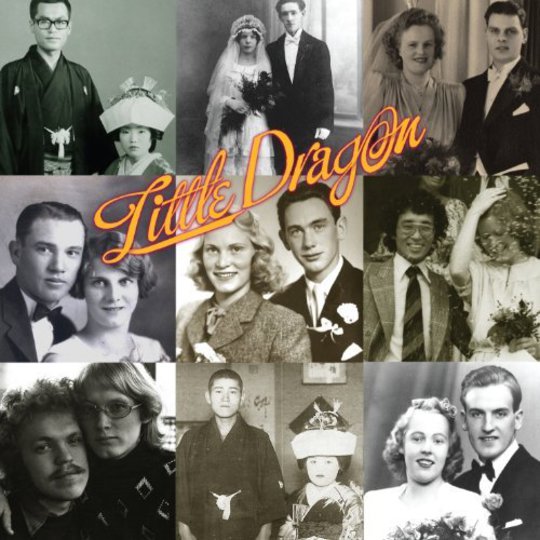 If perhaps you received Little Dragon's last album with the stony indifference of a distant, emotionally crippled father, then apparently you're as good as picking a fight with half the music-making western world. Since 2009's Machine Dreams, a dizzying array of luminaries have been reduced to crotch-sniffing sycophants by the Gothenburgian electro-popsters. There have been collaborations with trend-spotting magpies Damon Alburn and David Sitek, an inspired turn with SBTRKT, they've won favour with both The Roots and Rafael Sadiiq and in the coming months they're penciled in for studio-time with DJ Shadow and Big Boi, not to mention Kurt Cobain, God, the Go Compare guy and Wolverine. You can safely say they're in demand. The question, after a third album of unremarkable music, is why?

Maybe it's Yukimi Negano's chameleonic voice, which seems to love every soundscape it's fed into, or because the band are capable of contributing bags of ideas but have zero auteurist identity to pander to. Maybe it's down to affordability, considering that for the time being they're relatively minor, or the cult of scandi-pop, or the Drake-effect, with the Canadian currently shipping left-field electronic acts over the Atlantic by the 400-to-a-dinghy boatload. Then again maybe it's because, with Little Dragon, you get it all under the one roof: a groove-powered producer's band with a little edge, an indie sensibility and a soul singer at its helm, able to turn out a pretty melody on the right side of cloyingly doe-eyed. Maybe, but if journeyman Simian Mobile Disco are anything to go by, enlisting the all-rounder go-to man does not a classic pop record make. If you're a sceptic then unfortunately Ritual Union will do little to convince you that Little Dragon deserve elevation above the scores of acts plying a similar trade.

What's frustrating then, is that for all intents and purposes 'Brush The Heat' - a beautifully realised lesson in structure with faint echoes of brooding UKG - is a small milestone in accessible post-dubstep pop, while the opening title track is the single best slice of hipster r'n'b since Hot Chip's 'The Warning' – a perfect blend of sexy and synthetic with Negano's vocal hooks flinching and sighing along over a lavish but spayed, underdeveloped but sleek soul-shuffle, powered by the ersatz kinkiness of Junior Boys fucking The Mae Shi, on like... A DRUG! Not really, but still.

But it's short-lived. Thereafter Little Dragon are on a gentle downhill, ploughing through insistent but careful electro-pop devoid of 'Ritual Union's crucial bit of magic, which on the rest of the album falls victim to self-indulgence dead-pannery, or what in ancient latin is termed hipsterus rictus. 'Please Turn' is monotonous, 'Crystalfilm' is a humdrum take on Fever Ray, 'Shuffle A Dream' marries Rumours with Fischerspooner but isn't half as good as that would suggest, and the forgettable '11 Seconds' merges Blonde Redhead with the Casio-twee of Young Marble Giants. 'Nightlight' is a streamlined bit of future-disco, but they lose momentum again with 'Summertearz'. And although benefiting from the Swedes' renowned attention to detail, the metronomic 'Little Man' is over-deliberate, and on account of an overbearing one-finger synth-line, it's difficult to appreciate the finer points of the song.

If you take the overall effect the sound is perniciously uniform, divesting the Scandis' previously crowded genealogy of its colour, whimsy and fitful quirkiness, their former dippy new wave side toned down for parched, exasperatingly inert fare like 'When I Go Out', or close, finickity non-starters like 'Precious'.

An assured, polished and skilful album, but you're left restless for other far less coy contemporaries, namely Hot Chip who know how to dapple their dainty sophistication with immediate thrills. Obviously it's missing the point of their tight, modern-minded demi-monde, but a little bit of scale and scope never hurt anyone. Maybe that's what collaborations are for, but here Little Dragon could do with breathing more deeply - it's not cool to be too cool.