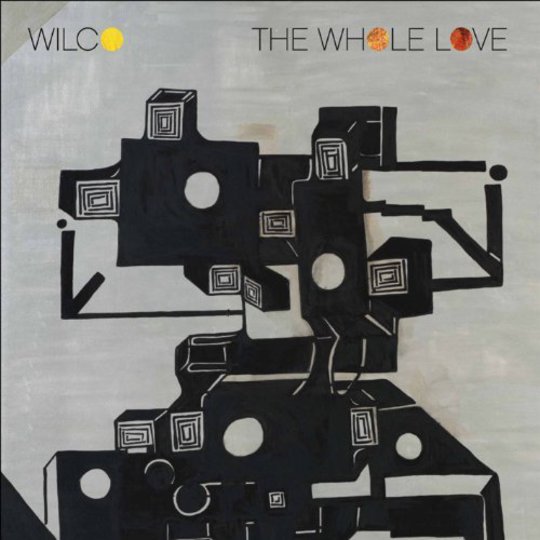 It’s common to talk of constant change when it comes to Wilco, and for a while it was a tried and trusted catch-all comment to make. Constant line-up changes and stylistic jumps meant that from debut A.M. to 2004’s A Ghost Is Born, fans could expect something different from each new Wilco record. Gritty country-rock? Dark avant-pop? Rattling state-of-the-nation experimentation? You can direct people towards whatever Wilco release will float their boat.
Since A Ghost Is Born however, the pace of change has slowed somewhat. With a constant line up in place, 2007’s Sky Blue Sky and 2009’s Wilco (The Album) have had their own identity, but were united by a more relaxed, composed musical direction. Some fans, particularly those who had fallen strongly for the group’s more ambitious middle records, were perplexed by songs about fixing washing machines that took musical inspiration from George Harrison rather than Neu! Others simply put it down to a band, and in particular a frontman, who had settled on a personal level, and was now simply trying to enjoy himself whilst still pushing gently on his musical boundaries.

The Whole Love finds that man, Jeff Tweedy, still attempting to do so, but also recognising that he has surrounded himself with a band expertly poised to bring his creations to life, and to shake up such a mixture could spoil the flavour.

This version of Wilco can certainly do the left-field thing well. Opener ‘Art Of Almost’ is probably the closest the band have ever got to the strange American Radiohead tag that dogged them around the time of Yankee Hotel Foxtrot. Opening on a glitchy beat and a surge of strings, it then slinks along around Tweedy’s confessional lyric and John Stirratt’s prodding bass line. Twice the song descends into some ambient flutters before it finally surges into the final straight of pounding drums and Nels Cline’s furiously intricate guitar.

That they follow it up with the smart pop of ‘I Might’ captures a lot of what Wilco are about on The Whole Love. They’ve dabbled with something, proved that they can polish something off as well as anyone, and are already on to the next thing.

‘I Might’, with its insistent rhythm and chirping Hammond, is exactly what should be placed in a time capsule to describe power-pop: maddingly catchy, well-crafted, and destined to never trouble a pop-chart in its lifetime. As an opening duo, these two tracks take some beating, setting up The Whole Love to be the riposte to those who say that Wilco don’t have anything interesting left to say.

That it doesn’t go on to do this isn’t to say that The Whole Love descends into blandness. It’s just that after bringing such elements directly to the surface, they then allow the more frayed edges of their sound to disappear back below the surface. Take ‘Black Moon’, an acoustic strum that builds a fair amount of dread throughout its four minutes, Tweedy’s sparse croon joined by pedal steel and strings as a mounting tension builds…before drifting off into the sunset. It’s a beautiful track, and proof that sometimes a sketch can be just as affecting as an oil painting.

Truthfully, just like on their previous two albums, there are a few tracks that in lesser hands would be filler, but here have enough interesting elements to make them worth return listens. ‘Born Alone’, for instance, trundles along until it disregards any notion of a chorus in favour of a burst of shiny noise. ‘Capital City’ is one of Tweedy’s rare (and not always welcome) excursions into what could be deemed show tune territory – you could imagine someone kicking a leg and doing some serious jazz hands as they belt it out. However, the remaining five Wilcoers seem to have taking it as a chance to indulge in all sorts of musical meandering behind their singer, giving it more of the edge of the circus than the West End.

It’s not until The Whole Love’s final track that something else distinctly out of the ordinary appears, in the shape of the beautifully languid ‘One Sunday Morning (Song For Jane Smiley’s Boyfriend)’. Tweedy should write some more tracks for people’s paramours if they turn out as gorgeous as this 12 minute shuffle. With a folksy refrain and Tweedy’s spare narrative tying the track together, flourishes of piano and spindly guitar runs flesh out the track and stretch its legs.

A harsh take on The Whole Love might say that there’s just three tracks worth pulling out of this record, but that’d be wrong. Just like Sky Blue Sky and Wilco (The Album), there’s songs that are more ambitious and some that are more successful, but all of them fit as a cohesive whole, just as on every Wilco album so far. Like its two predecessors, The Whole Love has been made entirely by the six middle aged men who currently play a part in Wilco, and it’s an accurate reflection of their talents. For them to attempt anything else would be a lie.